Cross-posted from the U.S. Department of Transportation blog

Few things say summer like a state fair. And, as a graduate from the nearby University of Dayton, I was thrilled to take part in today's opening of the 157th Ohio State Fair with Governor Ted Strickland.

A proud Buckeye tradition, the Ohio State Fair has delighted locals and visitors since 1850. Last year alone, over 800,000 people turned out to take part in the livestock competitions, concerts, rides, and butter sculptures that make up a true state fair experience. 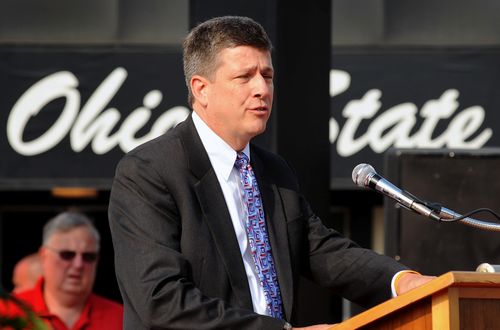 But, summertime doesn't just mean fun times on the fairgrounds -- it's also construction season. Just last month, President Obama and Secretary LaHood were only a few miles from the Ohio Expo Center to break ground on the Recovery Act's 10,000th road project.

The Summer of Recovery is in full swing.

For Ohio, this means more than $1.1 billion for 470 road, bridge, transit and airport projects that will move people and goods across the state more safely and efficiently than ever before.

The Obama Administration's $8 billion Recovery Act investment in high speed rail also promises big changes for Ohio, with $400 million for 250 miles of new track along the "3C Corridor" between Cleveland and Cincinnati.

To date, more than 30 foreign and domestic rail manufacturers and suppliers have agreed to establish or expand their operations in states like Ohio, where there's a willing work force and plenty of factory space. So high speed rail lines in Ohio and elsewhere will create jobs right here at home.

We also know that investing in our rural areas is important. And the Recovery Act is enabling us to:

The Recovery Act has already saved or created over 117,000 jobs in Ohio. And that's just a snapshot from one state. Similar stories are playing out across the country, and there's much more to come.

As the Summer of Recovery continues, the Obama Administration and DOT are committed to making it a little easier for families everywhere to enjoy all of the fun this season has to offer.