President Obama in Detroit: The Fight for America's Workers

July 30, 2010 at 3:28 PM ET by Jesse Lee
Twitter Facebook Email
Summary:
Visiting workers at a Chrysler plant and a GM plant in Detroit, the President leaves no doubt who is fighting for them.
[[nid:19018]]

Today the President was in Detroit visiting workers at a Chrysler plant and a GM plant that have not only survived, but found success after critics looking to score political points claimed there was no hope for them. For those critics the President offered a lesson: "Don't bet against the American worker."

During the two years since the economy took its hard downward turn, millions of Americans have had to fight with everything they had to stay afloat, to keep food on the table, to keep their businesses in business – and nowhere has that been more true than in Detroit.

The President has also been fighting alongside America’s workers – from the Recovery Act that’s saved or created about 3 million jobs, to the fight today over small business lending – and of course for the workers in Detroit and across America who contribute to the decades-old craft of American cars. When political opponents said that helping the American auto industry survive was a lost cause, and tried to turn public frustration against the President, he stepped in and made the hard choices anyway. There couldn’t necessarily be a life raft for everybody, but he was not going to let a million American jobs fall by the wayside simply because it opened him up for cheap political attacks.

And as the report released yesterday made clear, that investment is paying off: “In the year before GM and Chrysler emerged from bankruptcy, the auto industry shed 334,000 jobs. In the year since, auto industry employment has increased by 55,000 jobs. This is the fastest year-over-year growth in auto employment since 1999.” Not only that, but with a boost from the Recovery Act’s investments in the clean energy economy, the industry has turned toward the future in ways many thought they never could. A quick look at the interactive map released yesterday gives a glimpse of how America can move back to the front of the pack in the coming generation of fuel efficient and electric vehicles.

In his visit to the Chrysler Jefferson North Assembly Plant, speaking to workers who have had to fight just to keep working, it was clear the President felt in a bit of a fighting mood himself:

THE PRESIDENT: Investments like those mean jobs for American workers to do what they’ve always done: build great products and sell them around the world.

So the bottom line is this -- we’ve got a long way to go, but we’re beginning to see some of these tough decisions pay off. We are moving forward.

I want you to remember, though, if some folks had their way, none of this would have been happening. I just want to point that out. Right? I mean this -- this plant -- this plant and your jobs might not exist. There were leaders of the “just say no” crowd in Washington -- they were saying -- oh, standing by the auto industry would guarantee failure. One of them called it “the worst investment you could possibly make.”

THE PRESIDENT: They said -- they said we should just walk way and let those jobs go.

THE PRESIDENT: I wish they were standing here today. (Applause.) I wish they could see what I’m seeing in this plant and talk to the workers who are here taking pride in building a world-class vehicle. I don’t think they’d be willing to look you in the eye and say that you were a bad investment. They might just come around if they were standing here and admit that by standing by a great American industry and the good people who work for it, that we did the right thing. It’s hard for them to say that. You know, they like admitting when I do the right thing. (Laughter.) But they might have had to admit it.  And I want all of you to know, I will bet on the American worker any day of the week!  (Applause.) 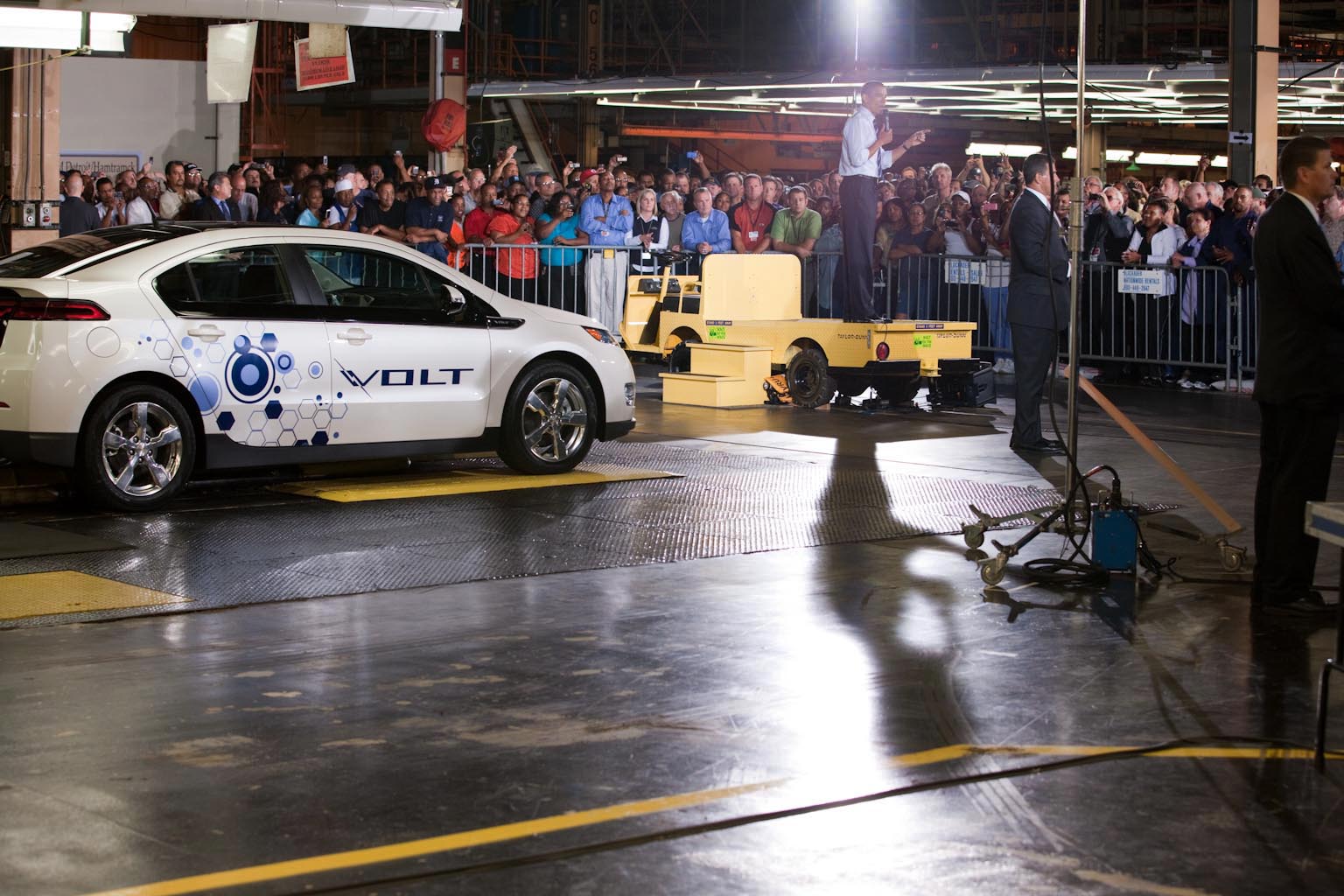