July 30, 2010 at 9:42 AM ET by
Twitter Facebook Email
Summary:
In a speech at the National Urban League yesterday, President Obama talked about the importance of getting students enthused about education and the particular importance of science and mathematics education. Well, there is no better example of how to generate that kind of enthusiasm than the recently completed American Solar Challenge.

In a speech at the National Urban League yesterday, President Obama talked about the importance of getting students enthused about education and the particular importance of science and mathematics education.

Well, there is no better example of how to generate that kind of enthusiasm—all the while helping to make renewable-energy vehicles more practical—than the recently completed American Solar Challenge. Students from 13 universities in the United States, Canada, Germany, and Taiwan competed in the challenge, which requires students to design, construct, and then race a vehicle over 1,100 miles, powered only by the sun.

Over the course of one week last month—during the daylight hours of 9 a.m. to 6 p.m.—teams traveled over the rolling hills of the West, through the Mississippi River Valley, and across the flats of the Midwest. Speed was not the main determinant of victory, as the top competitors were generally able to travel close to the speed limit for the duration of the race. The race really came down to the mechanical endurance and reliability of the student-built solar cars.

Each team was limited to the use of only six square meters of silicon or space-grade gallium arsenide solar cells. So the main overarching challenge was the relatively modest amount of energy available to run the cars. This forced students to be extremely conscientious about their vehicles’ energy management. Students worked to optimize every component to be as energy-efficient as possible, by using low rolling resistance tires, highly efficient in-hub electric motors, aerodynamic body construction, and high-capacity battery packs, among other features.

Professional and university teams from across the Globe also compete biannually in the World Solar Challenge. This race last took place in 2009 and ran 1,800 miles across the Australian Outback. Several teams that completed the American Solar Challenge are now looking ahead to improve their vehicle designs and race against the world’s best in October 2011. 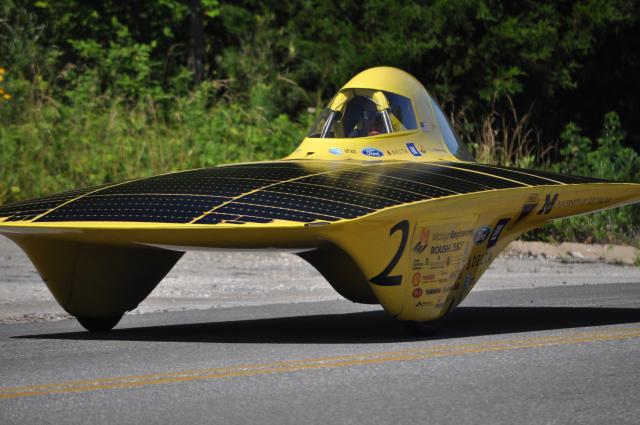 Students at Michigan were able to take their vehicle, Infinium, up to a top speed of 105mph on a test track. 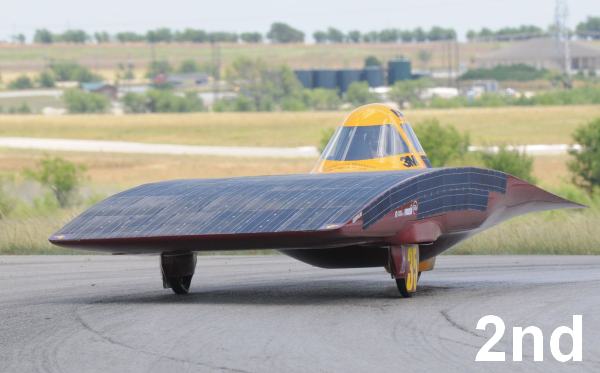 The solar array on Minnesota’s vehicle, Centaurus 2, was designed and manufactured by the members of the team. 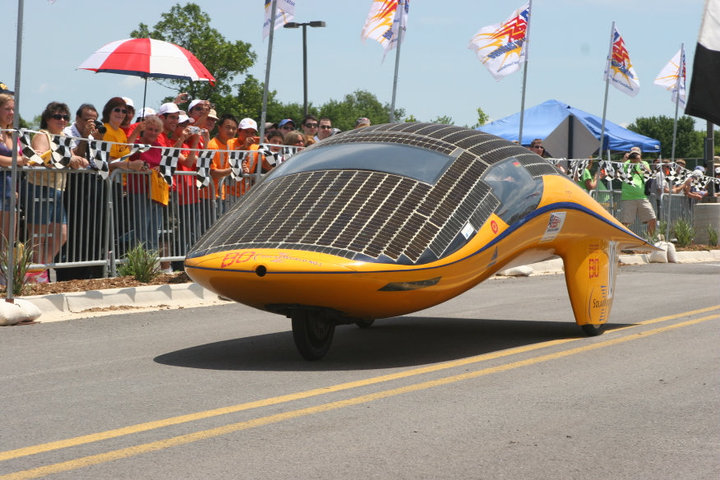 Hochshule Bochum’s car, SolarWorld No.1, created by students in Germany, featured an award-winning design that is a step toward their goal of creating a practical, everyday, solar vehicle.