On Tuesday, Vice President Biden continued his Recovery Summer tour at Grand Canyon National Park.  Standing in front of the beautiful overlook at Hopi Point on the south rim of the canyon, we spoke with Roger Geiger, a construction worker who is helping to rehabilitate housing for the Havasupai tribe. Roger talked with us about how this particular Recovery Act project was helping him put food on the table and save for his children’s education. 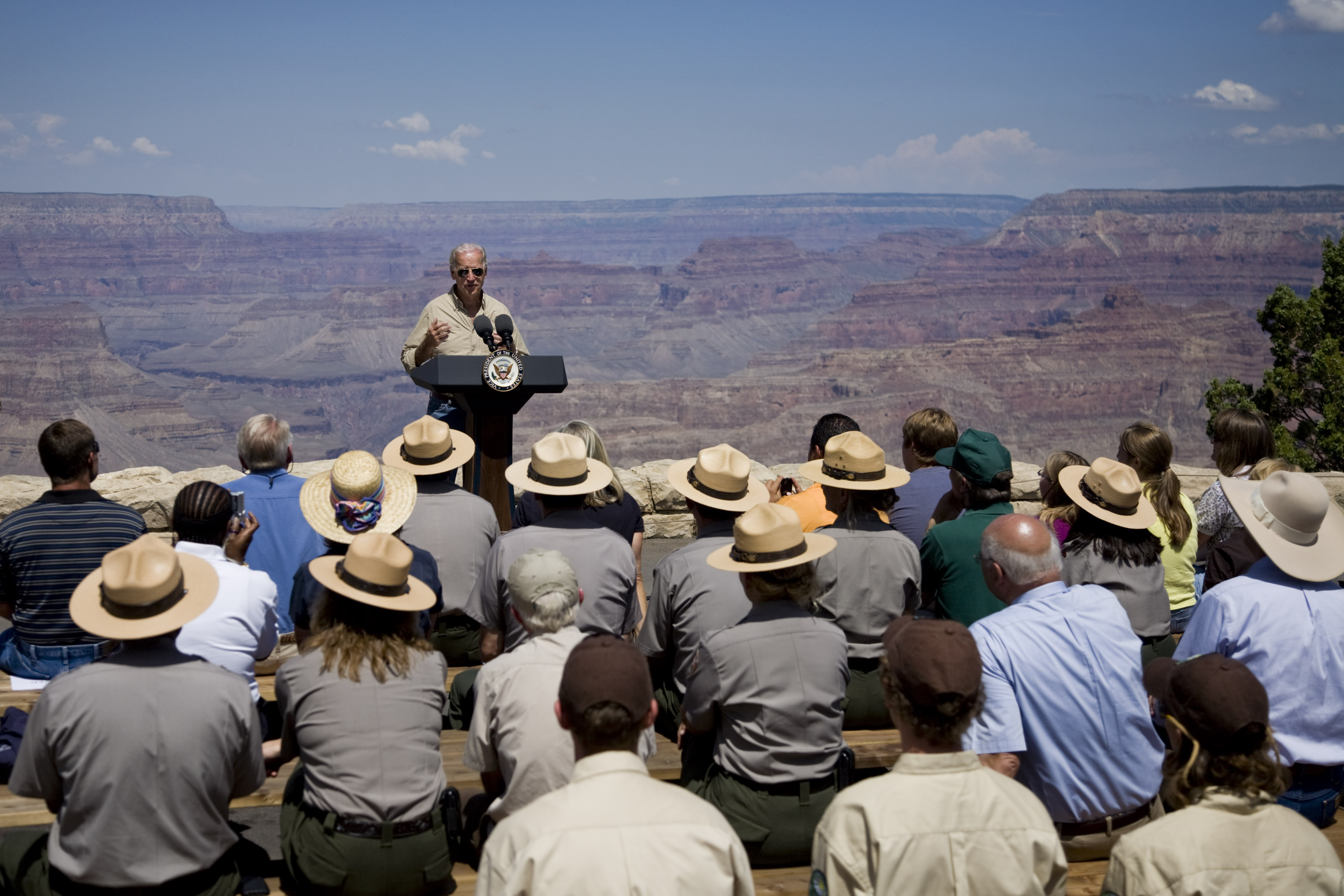 Vice President Joe Biden talks about the American Recovery and Reinvestment Act and its impact on National Parks on the south rim of the Grand Canyon, July 27, 2010. (Official White House Photo by David Lienemann)

Roger is working on one of two projects to improve housing for the Havasupai tribe at Supai Camp, the tribe's ancestral home at the Grand Canyon. One project will improve housing and living conditions for tribal members by rehabilitating six communal buildings.  This includes replacing roofing and windows, repainting, improving interior walls, and installing fire sprinkler systems. In addition, the National Park Service will build six new housing units for use by the tribe. The Park Service has a long-standing legal agreement with the tribe for recognition and occupancy at Supai Camp, and upgrades to their housing were long overdue.

Under a blazing sun, Roger introduced Vice President Biden, who recalled how much he enjoyed a rafting trip through the canyon on the Colorado River with his brothers many years ago. “This is among God’s most wondrous works on all the Earth,” the Vice President said, expounding on inherent glory and mystery of this spectacular networks of gorges.

The Recovery Act has been a boon to national parks across the country, enabling projects like the one at Supai camp that create invaluable jobs for local workers, while at the same time, investing in our country’s most special places.  At the Grand Canyon we are investing a total of $13.7 million in eleven Recovery projects. Hundreds of people will work on making our infrastructure more energy efficient, repaving roads, improving employee housing, and maintaining key access and recreational trails. Overall, there are 800 Recovery Act projects underway at National Parks this summer – eight times as many as there were last summer. The National Park Service’s $750 million in Recovery Act funds are part of the $3 billion that the Department of the Interior is investing in protecting America’s great outdoors. Under Secretary Salazar’s leadership, the National Park Service is using the Recovery Act to conserve American’s timeless treasures – our stunning natural landscapes, our monuments to liberty, the icons of our culture and heritage – while helping American families and communities prosper again.

Jon Jarvis is Director of the National Parks Service