President Obama at AFL-CIO on the Economy: "Made In America"

August 4, 2010 at 4:47 PM ET by Jesse Lee
Twitter Facebook Email
Summary:
Speaking at the AFL-CIO Executive Council Meeting here in DC, the President discusses the progress so far on the economy and his vision for what still needs to be done.
[[nid:19192]]

Speaking at the AFL-CIO Executive Council Meeting here in DC, the President thanked “all my brothers and sisters in the AFL-CIO” who have worked so hard to help get America’s economy back on track.  He spoke of the progress that’s been made, with millions of people at work now because of the Recovery Act, and the length left to go until the millions still out of work find their jobs.

As for his plans going forward, he summed it up in “three powerful words”:

Together, we’re jumpstarting a new American clean energy industry -- an industry with the potential to generate perhaps millions of jobs building wind turbines and solar panels, and manufacturing the batteries for the cars of the future, building nuclear plants, developing clean coal technology.  There are other countries that are fighting for those jobs, in China and India and in Germany and other parts of Europe.  But the United States doesn’t play for second place.  As long as I’m President, I’m going to keep fighting night and day to make sure that we win those jobs, that those are jobs that are created right here in the United States of America and that your members are put to work.  (Applause.)

That’s why we’re finally enforcing our trade laws -- in some cases for the very first time.  That’s why we’re fighting for tax breaks for companies that invest here in the United States as opposed to companies that are investing overseas or that keep their profits offshore.  Because it is my belief -- and I know it’s the belief of this room -- that there are no better workers than U.S. workers.  There are no better workers than your members.  (Applause.)  And they are absolutely committed to making sure that America is on the rise again.  And we are going to keep moving forward with them -- not moving backwards but moving forward with them.

As we rebuild our economy, we’re going to rebuild America as well.  Over the last 20 months, bulldozers and backhoes have been whirring in communities across the country, as construction crews from local companies repair roads and bridges, railways and ports.  That was part of our plan, and it’s put hundreds of thousands of folks to work.  But there’s a lot more to do to rebuild our infrastructure for the 21st century, and a lot more Americans who are ready and willing to do that work.  So that, too, is an area where we’ve got to keep moving forward. 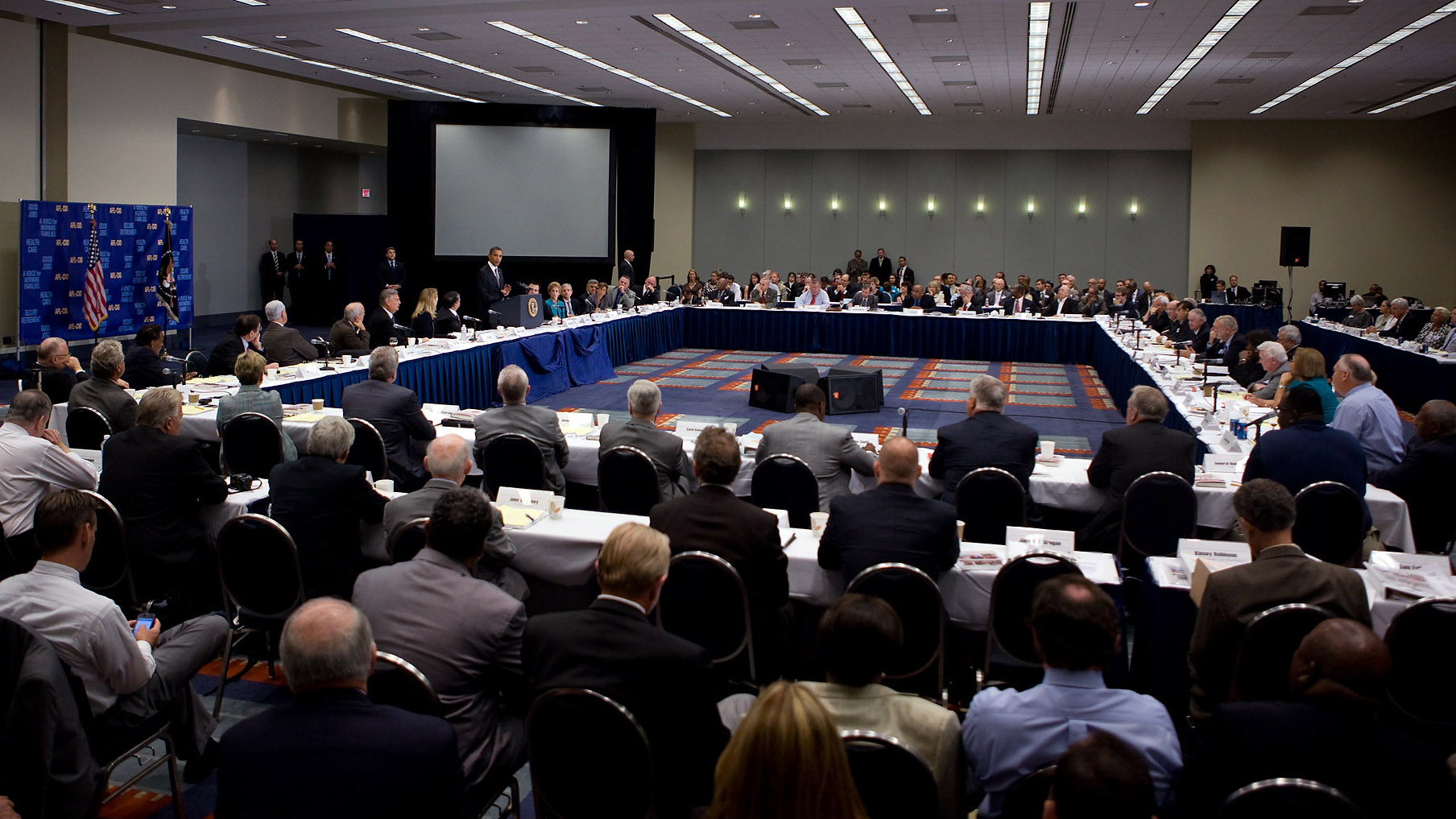