August 6, 2010 at 9:45 AM ET by Christina Romer
Twitter Facebook Email
Summary:
Private nonfarm payroll employment increased by 71,000 in July and the unemployment rate remained at 9.5%.

Private sector employment grew 71,000 in July, the seventh consecutive monthly increase, including continued growth in manufacturing. But, the pace of growth was not enough to reduce the overall unemployment rate, which remained 9.5 percent.  There was, however, important variation in employment growth across industries: employment in manufacturing as well as education and health services increased, while that in financial services and construction decreased.  Employment in state and local government, including public school teachers, decreased 48,000, underscoring the importance of the additional state fiscal relief working its way through Congress.

We have made substantial progress from the days when employment was declining by 750,000 a month.  But, today’s employment report emphasizes just how important the additional jobs measures before Congress are.  In addition to the state fiscal relief nearing passage, the President strongly supports the small business jobs bill and targeted incentives for clean energy investments.

There will likely be more bumps in the road ahead as the economy recovers.  The monthly employment and unemployment numbers are volatile and subject to substantial revision.  Therefore, it is important not to read too much into any one monthly report, positive or negative.  It is essential that we continue our efforts to move in the right direction and replace job losses with robust job gains. 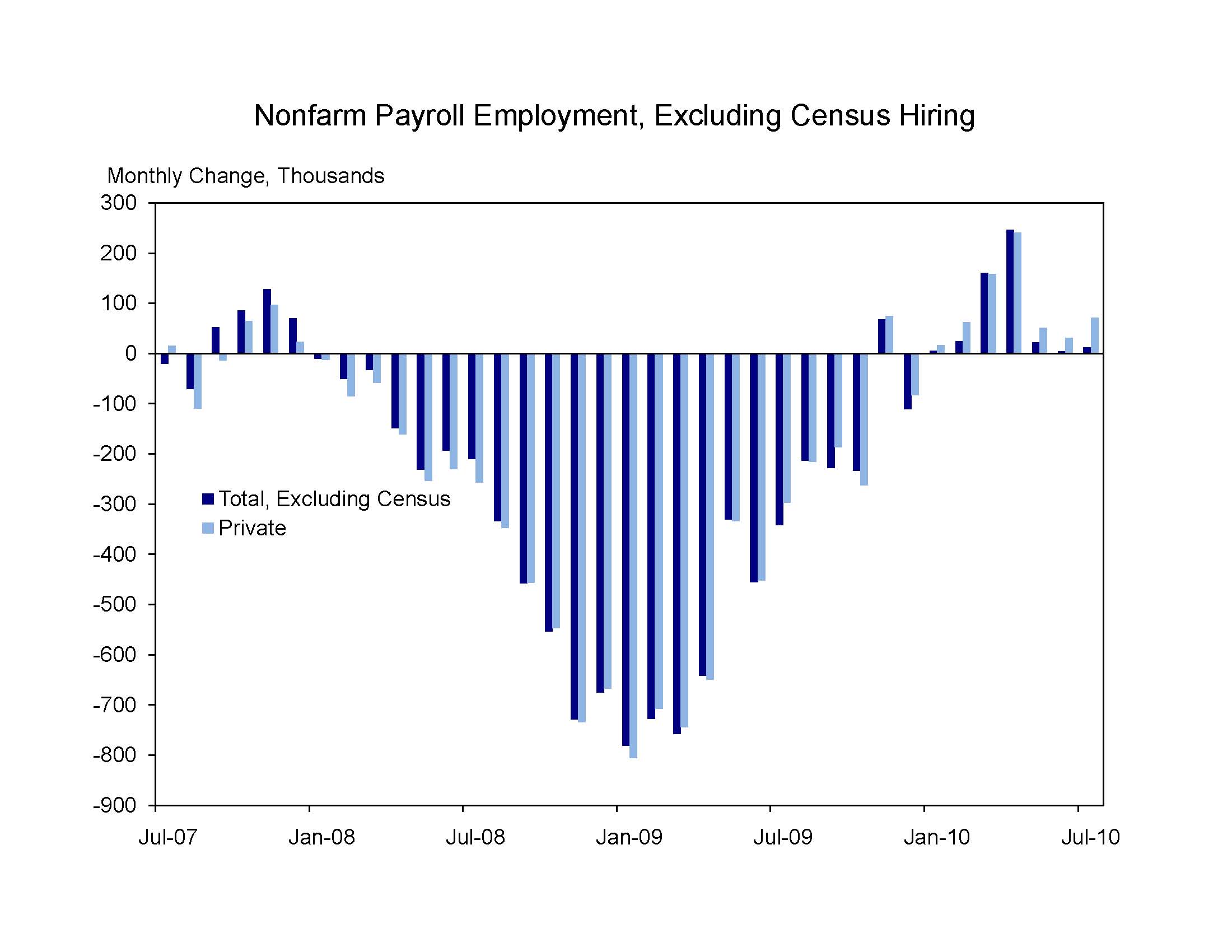