Another Step for American Manufacturing

August 11, 2010 at 5:17 PM ET by Jesse Lee
Twitter Facebook Email
Summary:
Before signing the Manufacturing Enhancement Act, the President takes a step back to talk about his vision and commitment to American manufacturing.
[[nid:19473]]

Before signing the Manufacturing Enhancement Act, the President took a step back to talk about his vision and commitment to American manufacturing.  That commitment has helped manufacturing become one of the surprisingly bright spots of the economic recovery.  A sector that lost 3,864,000 between 2000 and 2008 has turned around and gained 183,000 jobs so far this year:

So while we have fought back from the worst of this recession, we’ve still got a lot of work to do.  We’ve still got a long way to go.  And I’m more determined than ever to do every single thing we can to hasten our economic recovery and get our people back to work.  So that’s why I’m pleased today to sign into law a bill that will strengthen American manufacturing and American jobs.  And as I do, I’m joined by two members of my economic team -- Secretary of Commerce Gary Locke, who’s been a tireless advocate for America’s manufacturers; and Ambassador Ron Kirk, who’s been doing a great job and putting in a lot of miles as our U.S. Trade Representative.

Few areas of our economy have been as hard-hit as manufacturing -- not just in recent years, but in recent decades.  Throughout the 20th century, manufacturing was the ticket to a better life for generations of American workers.  It was the furnace that forged our middle class.  But over time, the jobs dried up.  Companies learned to do more with less, and outsourced whatever they could.  Other nations didn’t always live up to trade agreements and we didn’t always enforce them.  And over the last decade, the manufacturing workforce shrank by 33 percent, leaving millions of skilled, hardworking Americans sitting as idle as the plants that they once worked in.  This was before the recent recession left them and millions more struggling in ways they never imagined.

Now, some suggest this decline is inevitable, that the only way for America to get ahead is to leave manufacturing communities and their workers behind.  I do not see it that way.  The answer isn’t to stop building things, to stop making things; the answer is to build things better, make things better, right here in the United States.  We will rebuild this economy stronger than before and at its heart will be three powerful words:  Made in America.

The President talked about his aggressive National Export Initiative with a goal of doubling exports and supporting several million new jobs over five years.   He went on:

That’s why we fought for and passed tax breaks for companies that are investing here in the United States rather than companies that are keeping profits offshore.  That’s why we closed loopholes that encourage corporations to ship American jobs overseas.  That’s why we’re enforcing our trade laws -- in some cases, for the very first time.  That’s why we told America’s automakers that if they made the tough decisions required to compete in the future, that America would stand by them.  And that’s why we’re investing in a clean energy industry and the jobs that come with it -– jobs that pay well and carry America to a cleaner, more secure and more energy-independent future. 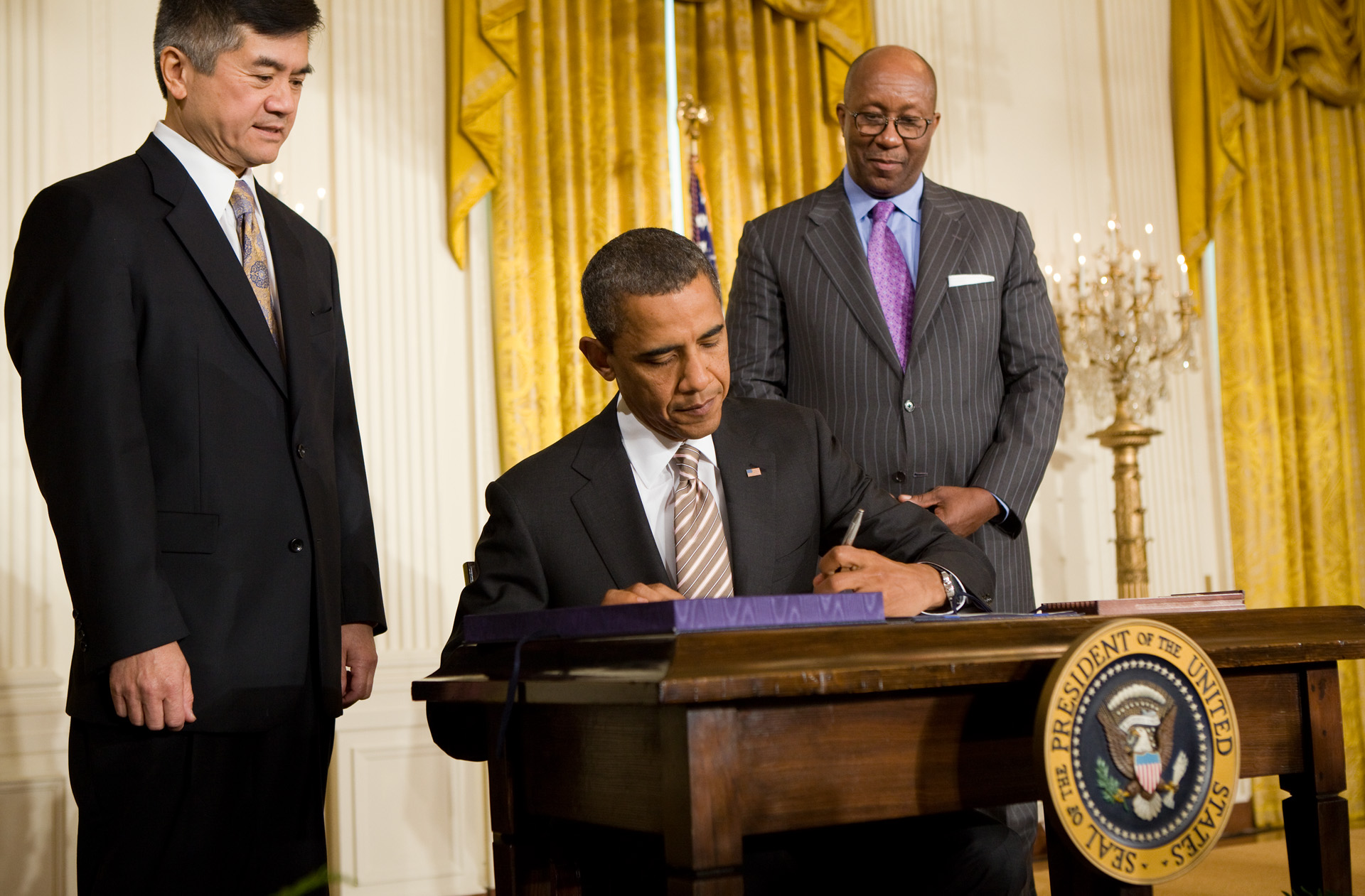 And on the legislation he signed today:

The Manufacturing Enhancement Act of 2010 will create jobs, help American companies compete, and strengthen manufacturing as a key driver of our economic recovery.  And here’s how it works.  To make their products, manufacturers -- some of whom are represented here today -- often have to import certain materials from other countries and pay tariffs on those materials.  This legislation will reduce or eliminate some of those tariffs, which will significantly lower costs for American companies across the manufacturing landscape -– from cars to chemicals; medical devices to sporting goods.  And that will boost output, support good jobs here at home, and lower prices for American consumers.