Small businesses create two out of every three new jobs in America.  During his remarks after the roundtable discussion, the President called small businesses “the backbone of our economy and the cornerstones of our communities,” and discussed the importance of supporting them during these tough economic times:

And that’s why, when I took office, we put in place an economic plan to help small businesses.  And Patty Murray was there every step of the way in us putting forward these initiatives.  At its heart was a simple idea:  While government can’t guarantee their success, government can knock down the barriers that stand in the way and help create the conditions to help small businesses grow and to hire.

And that’s why we’ve passed eight tax cuts for America’s small businesses.  Tax cuts for hiring unemployed workers.  Tax cuts for investing in new equipment.  As part of health insurance reform, 4 million small business owners recently received a postcard in their mailboxes telling them that they could be eligible for a health care tax credit worth perhaps tens of thousands of dollars.  And I know that Tiffany and her husband are looking now about the possibility, because of these incentives, to be able to maybe provide health insurance to their workers.  Under the Recovery Act, we supported nearly 700 -- nearly 70,000 new loans to small businesses like Joe’s, and we waived fees on new SBA loans so people like Joe save money -- up to $20,000 with the SBA arrangement that Joe had.

While the measures already taken to support small business have helped, there is still more work to be done.  President Obama called on a small partisan minority in Congress to stop obstructing legislation that would provide tax credits for small businesses and help small business owners get loans:

Now, unfortunately, a partisan minority in the Senate has been standing in the way of giving our small businesspeople a simple up-or-down vote on this bill.  They won’t even let it go to vote.  And every day this obstruction goes on is another day a small business somewhere in the country can’t get a loan or can’t get the tax cuts that it needs to grow and to hire.

I think Patty would agree with me when I say there will be plenty of time between now and November to play politics, but the small business owners beside me and around the country don’t have time for political games.  They’re not interested in what’s best for a political party.  They’re interested in what’s best for their employees and their communities and for the country.

So when Congress reconvenes, this jobs bill will be the first business out of the gate, and I ask Senate Republicans to drop their efforts to block it.  I believe we can work together to get this done for the folks standing beside me, and for small businesses, their employees, and communities that depend on them all across the country. 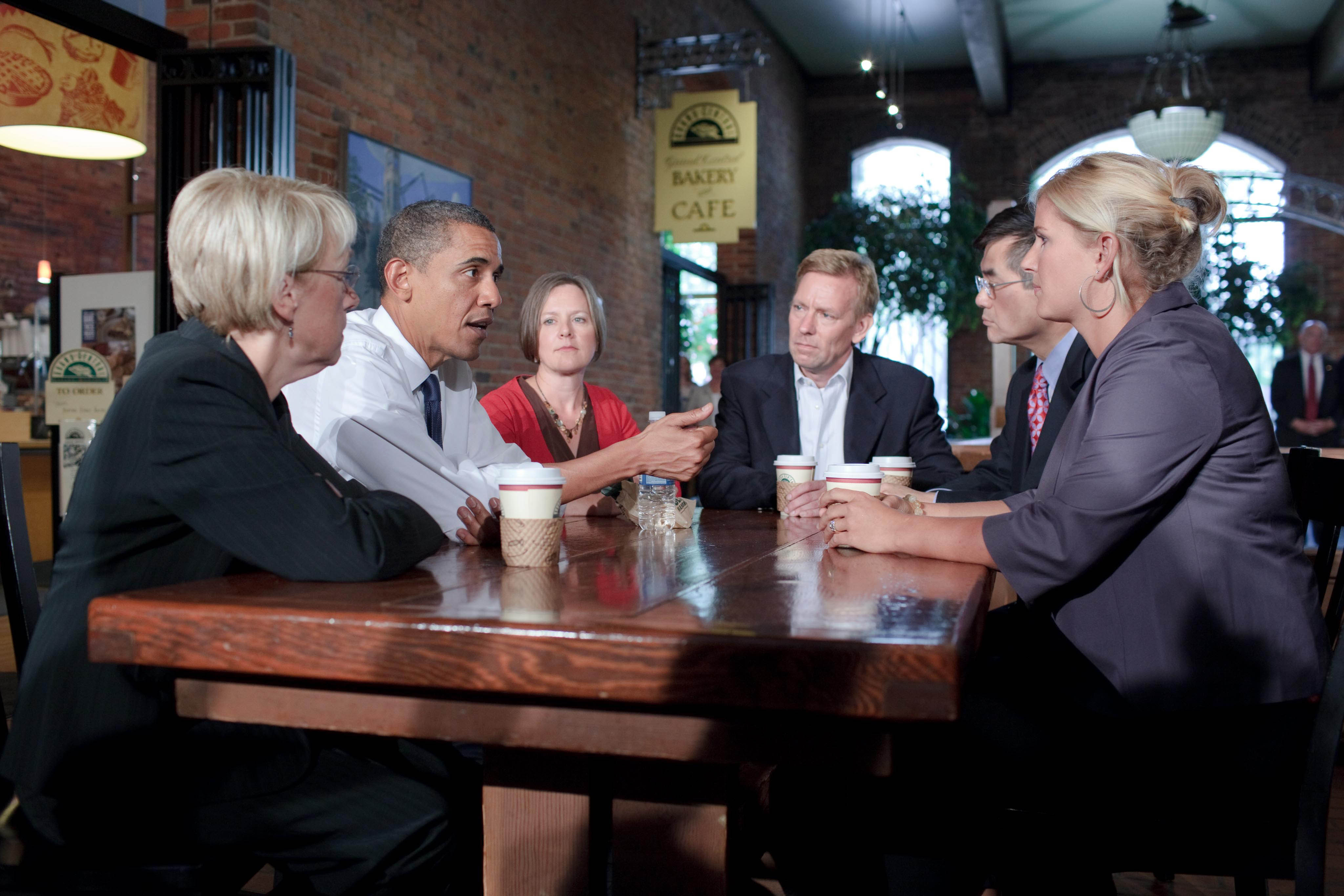