President to Congress: Put Small Business Assistance to a Vote

This afternoon, President Obama called on a partisan minority in Congress to stop blocking legislation that would make loans more available and cut taxes for small businesses.  In his remarks on the South Driveway, the President said this legislation “makes sense, and normally we would expect Democrats and Republicans to join together.”

I have been adamant about this because small businesses are the backbone of our economy.  They create two out of every three new jobs in this country.  And while a lot of big businesses and big banks have started recovering from this recession, small businesses and community banks that loan to small businesses have been lagging behind.  They need help.  And if we want this economy to create more jobs more quickly, we need to help them.

A report yesterday from the Labor Department underscores why this is so critical.  In the final few months of last year, small businesses with fewer than 50 employees accounted for more than 60 percent of the job losses in America -- more than 60 percent.  These are the businesses that usually create most of the jobs in this country.  And this report, combined with this morning’s news that unemployment claims rose again, compels us to act.  It compels us to stand with the small businessmen and women who are trying to grow their companies and make payroll and hire new workers.

The jobs bill that is stalled in Congress would completely eliminate taxes on key investments in small businesses.  It would allow small business owners to write off more expenses.  And it would make it easier for community banks to do more lending to small businesses, while allowing small firms to take out larger SBA loans with fewer fees, which countless entrepreneurs have told me would make a big difference in their companies.  I’d also like to point out this legislation is fully paid for and will not add one single dime to our deficit.

The President called on Congress to stop playing politics with such an important measure:

So let me just make this simple point.  There will be plenty of time between now and November to play politics.  But the small business owners I met with this week, the ones that I’ve met with across the country this year, they don’t have time for political games.  They’re not interested in what’s best for a political party.  They’re interested in what’s best for the country.

When Congress reconvenes, this jobs bill will be the first business out of the gate.  And the Senate Republican leadership needs to stop its efforts to block it.  Let’s put aside the partisanship for awhile and work together for small businesses, for employees, and the communities that depend on them across this great country. 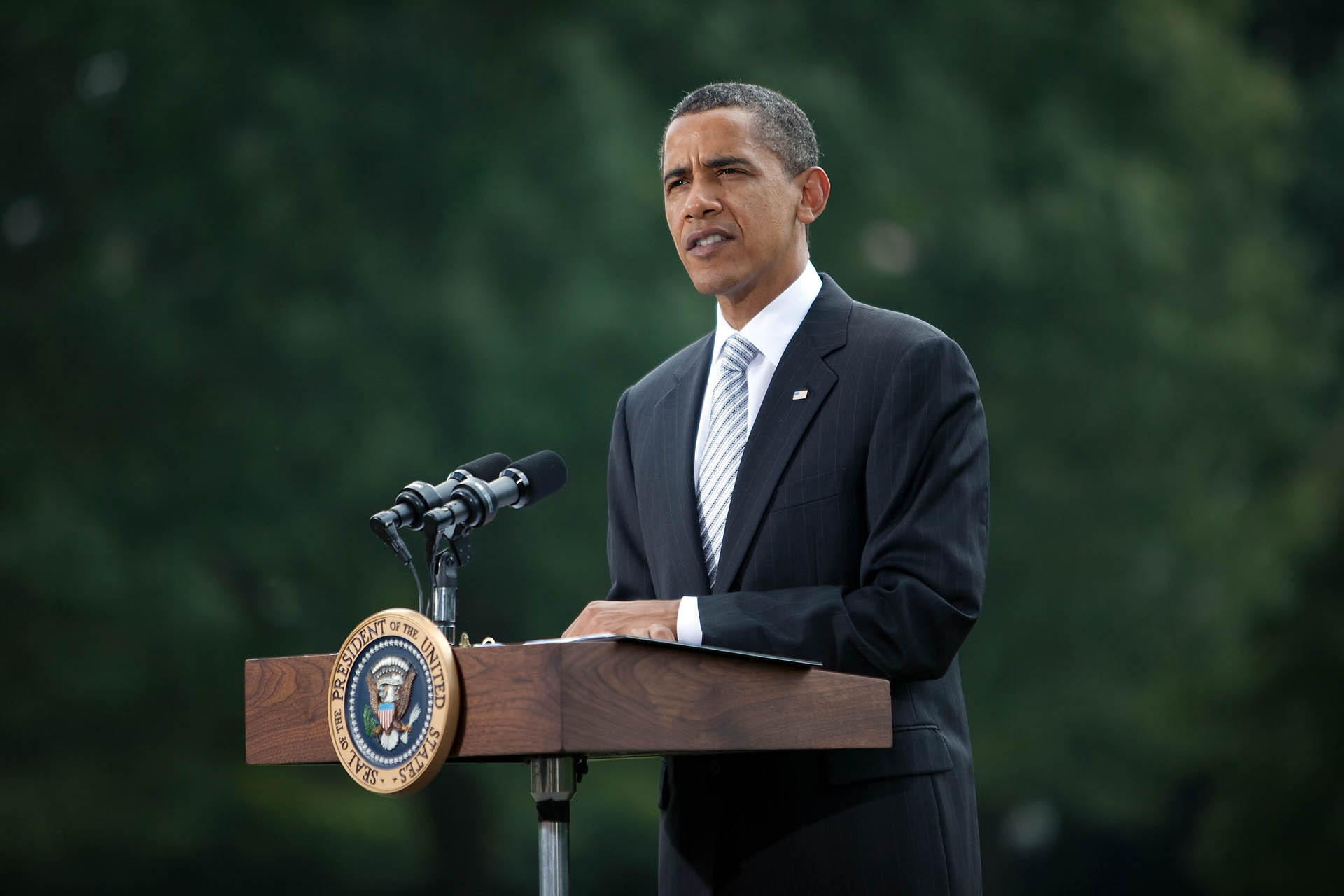 President Barack Obama makes a statement about the economy and small businesses, on the South Lawn of the White House, August 19, 2010. (Official White House Photo by Samantha Appleton)