President Obama Salutes the Troops at Fort Bliss: "Thank You" and "Welcome Home"

Over the past week, we’ve been inviting you to join us in saluting the troops for their service. The response has been overwhelming, and has made clear that while the end of the combat mission is an appropriate time to recognize the sacrifice the troops and their military make, the gratitude is always there, and never forgotten with the American people.

It was in that same spirit that the President flew to Fort Bliss in Texas today, home to troops who have served at every stage of the Iraq War, including troops who are redeploying back home throughout the fall, and troops supporting our new support mission in Iraq. 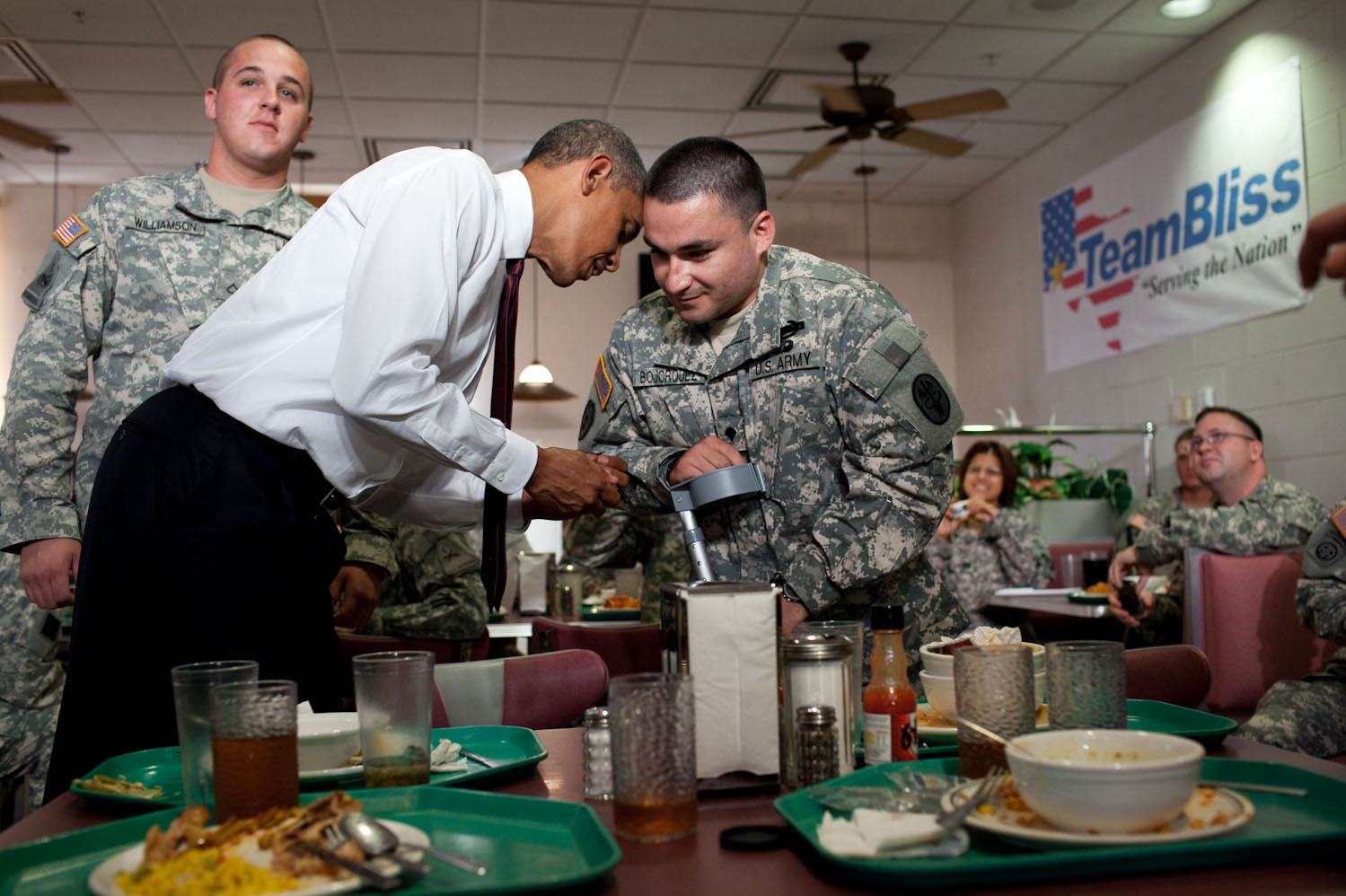 The President will address the nation from the Oval Office tonight at 8:00PM EDT, you can watch live here and submit questions for a live chat afterwards now. He told those listening that they would be the focus:

I wanted to come down to Fort Bliss mainly to say thank you and to say welcome home.

I’m going to make a speech to the nation tonight. It’s not going to be a victory lap. It’s not going to be self-congratulatory. There’s still a lot of work that we’ve got to do to make sure that Iraq is an effective partner with us. But the fact of the matter is that because of the extraordinary service that all of you have done, and so many people here at Fort Bliss have done, Iraq has an opportunity to create a better future for itself, and America is more secure.

Now, I just met with some Gold Star families, and yesterday I was at Walter Reed. And there are no moments when I feel more keenly and more deeply my responsibilities as Commander-in-Chief than during those moments. I know we lost 51 fellow soldiers from here in Fort Bliss. A lot more than that were injured, some of them very severely. A million men and women in uniform have now served in Iraq. And this has been one of our longest wars.

But the fact of the matter is that there has not been a single mission that has been assigned to all of you in which you have not performed with gallantry, with courage, with excellence. And that is something that the entire country understands. 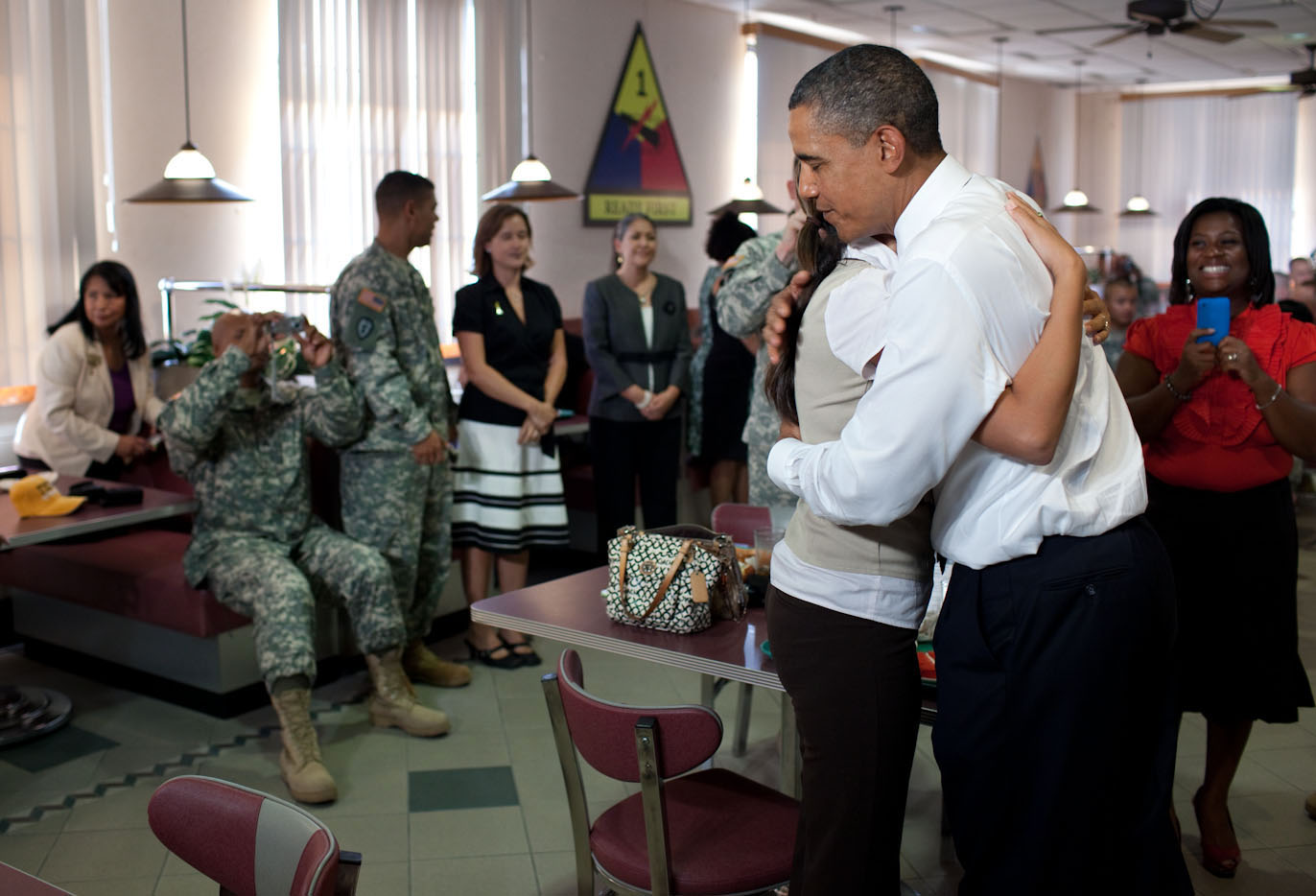 President Barack Obama hugs a woman as he greets members of the military and their families at Fort Bliss in El Paso, Texas August 31, 2010. (Official White House Photo by Pete Souza)

He made clear that it won’t be smooth sailing in Iraq from now on, and work will continue:

The work that continues is absolutely critical: providing training and assistance to Iraqi security forces because there’s still violence in Iraq, and they’re still learning how to secure their country the way they need to.  And they’ve made enormous strides thanks to the training that they’ve already received.  But there’s still more work to do there.

We’re going to have to protect our civilians, our aid workers and our diplomats who are over there, who are still trying to expand and help what’s going to be a long road ahead for the Iraqi people in terms of rebuilding their country.

We’re still going to be going after terrorists in those areas.  And so our counterterrorism operations are still going to be conducted jointly.  But the bottom line is, is that our combat phase is now over.  We are in transition.  And that could not have been accomplished had it not been for the men and women here at Fort Bliss and across the country. 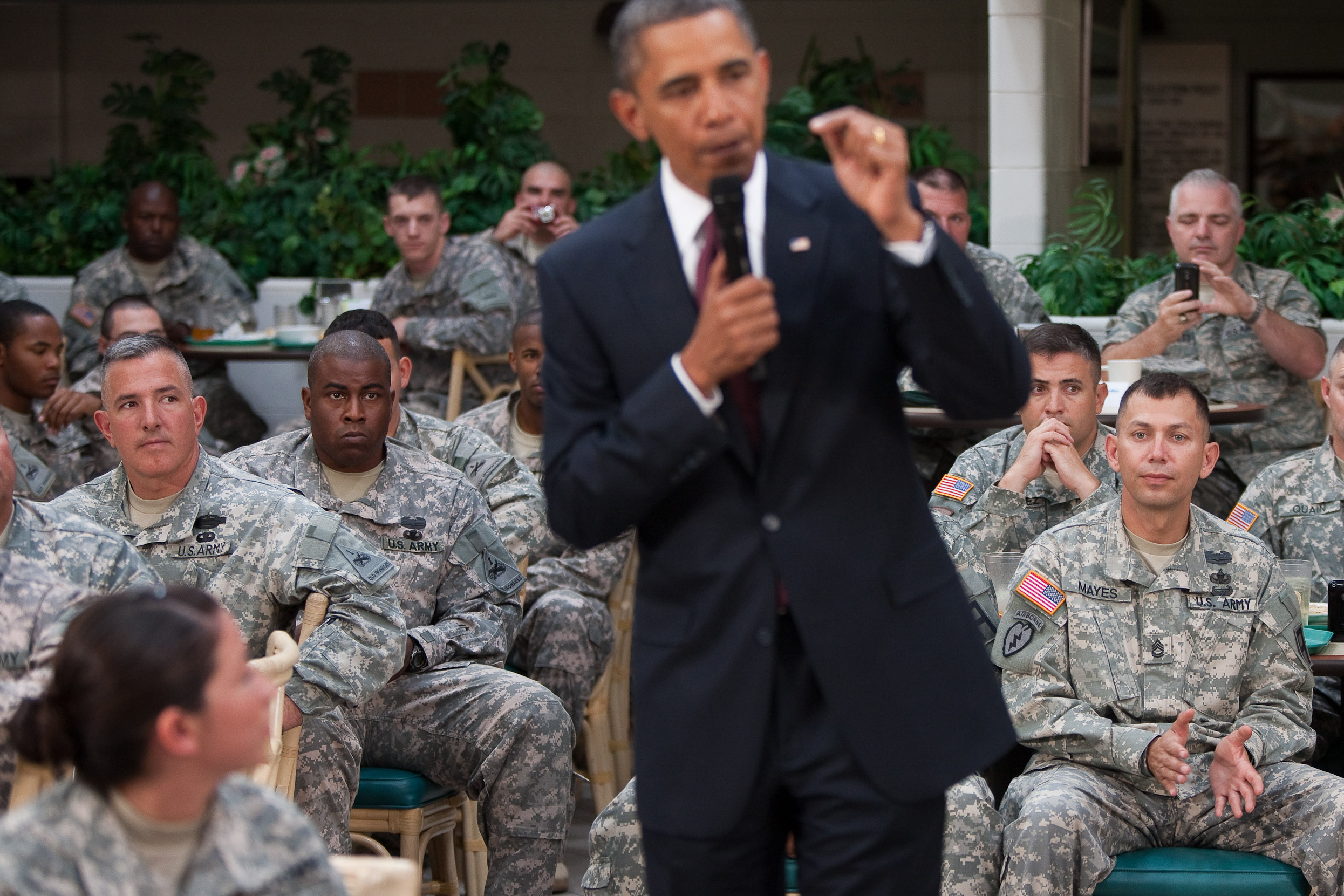