September 3, 2010 at 9:44 AM ET by Christina Romer
Twitter Facebook Email
Summary:
Private sector employment increased by 67,000 in August and the unemployment rate rose to 9.6%.

Today’s employment report was better than expected. Private sector payrolls increased by 67,000 in August -- the eighth consecutive month of private sector job growth. This growth is consistent with other recent data reports indicating that the economy is continuing to recover, albeit at a somewhat slower pace than in the early spring. The rate of job growth, however, is not as large as needed to bring the unemployment rate down quickly. Indeed, the unemployment rate rose one-tenth of a percentage point to 9.6%, as more than half a million people joined the labor force. The President continues to work with his economic team and with Congress to identify measures that could help speed the recovery and put the economy on a path of steadily declining unemployment.

Private sector payrolls expanded in a number of sectors, including education and health services, construction, and temporary help services. Manufacturing employment fell 27,000 in August; much of this drop likely reflects the fact that manufacturing employment in July was elevated because General Motors chose to forgo its usual two-week shutdown. The manufacturing ISM Report on Business released on Wednesday indicated stronger employment growth in manufacturing in August than in July. State and local government payrolls declined by 10,000 in August, consistent with continuing budget difficulties in many states and localities.

In the household survey, the number of people employed rose by 290,000. But, because the labor force rose by 550,000, the unemployment rate ticked up to 9.6% (from 9.5% in July). The employment -to-population ratio also rose one-tenth of a percentage point (to 58.5%), indicating that in the household survey employment growth more than kept up with population growth. In addition, the number of workers who have been unemployed 27 weeks or longer declined sharply, from 6.57 million to 6.25 million.

Against the backdrop of some unsettling economic data in the past few weeks, today’s numbers are reassuring that growth and recovery are continuing. At the same time, the fact that the growth of private sector payrolls is below the level needed to keep up with normal growth of the labor force is obviously unacceptable. There are a number of step we could take to help increase private sector job growth and put the economy on a path of steadily declining unemployment. We will be working with Congress on these measures in the coming weeks.

There will likely be bumps in the road ahead. The monthly employment and unemployment numbers are volatile and subject to substantial revision. Therefore, it is important not to read too much into any one monthly report, positive or negative. It is essential that we continue our efforts to move in the right direction and encourage robust job gains. 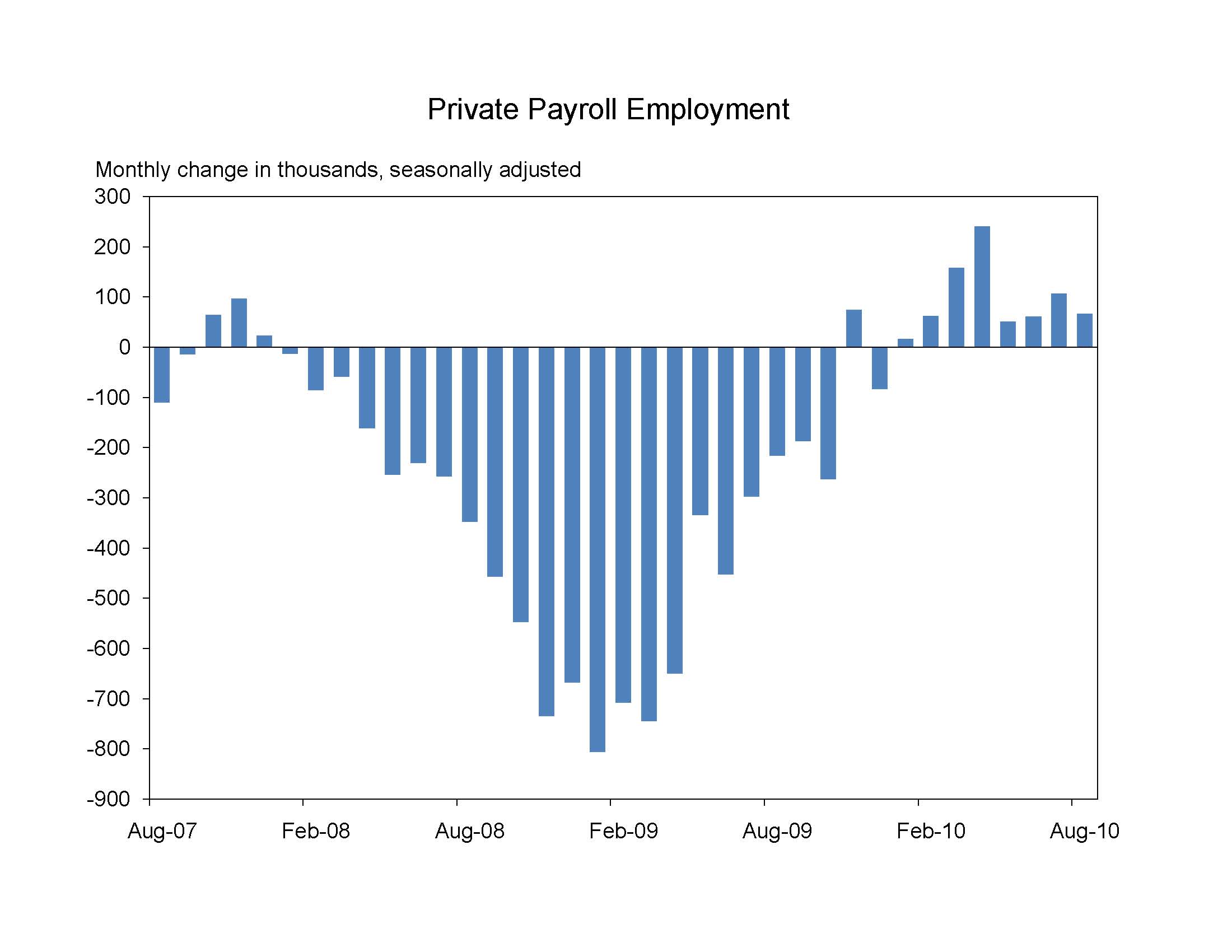