President Obama on the Economy in Cleveland: "The America I Believe In"

September 8, 2010 at 5:51 PM ET by Jesse Lee
Twitter Facebook Email
Summary:
The President laid out a stark contrast between policies that help the economy work for the middle class, and the policies that allowed special interests to run amok -- and to run our economy into a ditch.
[[nid:20538]]

This afternoon the President was in Cleveland, Ohio, the city where House Republican Leader Boehner recently put forth his party’s priorities for the economy.  In his remarks,  the President laid out a stark contrast between policies that help the economy work for the middle class, and the policies that allowed special interests to run amok -- and to run our economy into a ditch.  He spoke about the need to strengthen our recovery in both the short and long terms by investing in America’s roads, bridges and runways, by helping small businesses grow and hire, and by giving certainty to businesses through a permanent incentive to innovate and create good jobs in America in the Research and Experimentation Tax Credit.

But before all that he talked about the foundation of the values that guide his decisions:

It was an America where you didn’t buy things you couldn’t afford; where we didn’t just think about today – we thought about tomorrow.  An America that took pride in the goods it made, not just in the things it consumed.  An America where a rising tide really did lift all boats, from the company CEO to the guy on the assembly line. 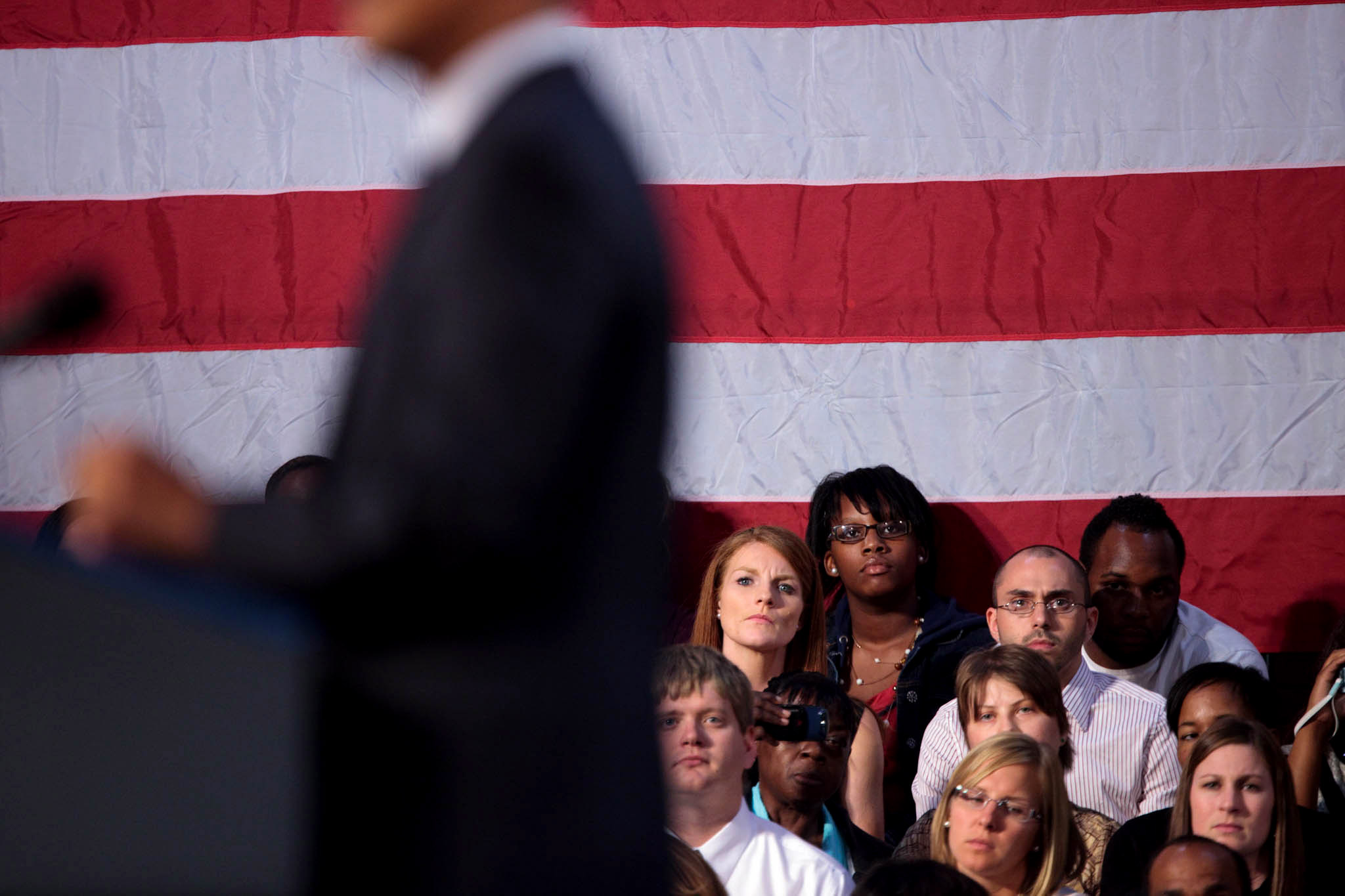 Looking back on his first 18 months in office, the President spoke about how he had “hoped for a chance to get beyond some of the old political divides – between Democrats and Republicans, Red states and Blue states – that had prevented us from making progress.  Because although we are proud to be Democrats, we are prouder to be Americans – and we believed then and we believe now that no single party has a monopoly on wisdom. “   But he also explained that he ran because we needed change, and while ideas on how to do that were welcome from anywhere, simply continuing on with the broken status quo was not a contribution to moving us forward:

A few weeks ago, the Republican leader of the House came here to Cleveland and offered his party’s answer to our economic challenges.  Now, it would be one thing if he had admitted his party’s mistakes during the eight years that they were in power, if they had gone off for a while and meditated, and come back and offered a credible new approach to solving our country’s problems.

Instead of coming together like past generations did to build a better country for our children and grandchildren, their argument is that we should let insurance companies go back to denying care for folks who are sick, or let credit card companies go back to raising rates without any reason.  Instead of setting our sights higher, they’re asking us to settle for a status quo of stagnant growth and eroding competitiveness and a shrinking middle class.

The President’s speech was sweeping, and it is well worth reading in full, where he speaks to the misguided Republican proposal to grant permanent, budget-busting tax cuts to the wealthiest Americans as we touched on this afternoon, and elaborates on his own proposals as we touched on this morning.  In closing, he took a step back:

I know that folks are worried about the future.  I know there’s still a lot of hurt out here.  And when times are tough, I know it can be tempting to give in to cynicism and fear and doubt and division -– and just settle our sights a little bit lower, settle for something a little bit less.  But that’s not who we are, Ohio.  Those are not the values that built this country.

We are here today because in the worst of times, the people who came before us brought out the best in America.  Because our parents and our grandparents and our great-grandparents were willing to work and sacrifice for us.  They were willing to take great risks, and face great hardship, and reach for a future that would give us the chance at a better life.  They knew that this country is greater than the sum of its parts -– that America is not about the ambitions of any one individual, but the aspirations of an entire people, an entire nation.  (Applause.)

That’s who we are.  That is our legacy.  And I’m convinced that if we’re willing to summon those values today, and if we’re willing to choose hope over fear, and choose the future over the past, and come together once more around the great project of national renewal, then we will restore our economy and rebuild our middle class and reclaim the American Dream for the next generation.  (Applause.) 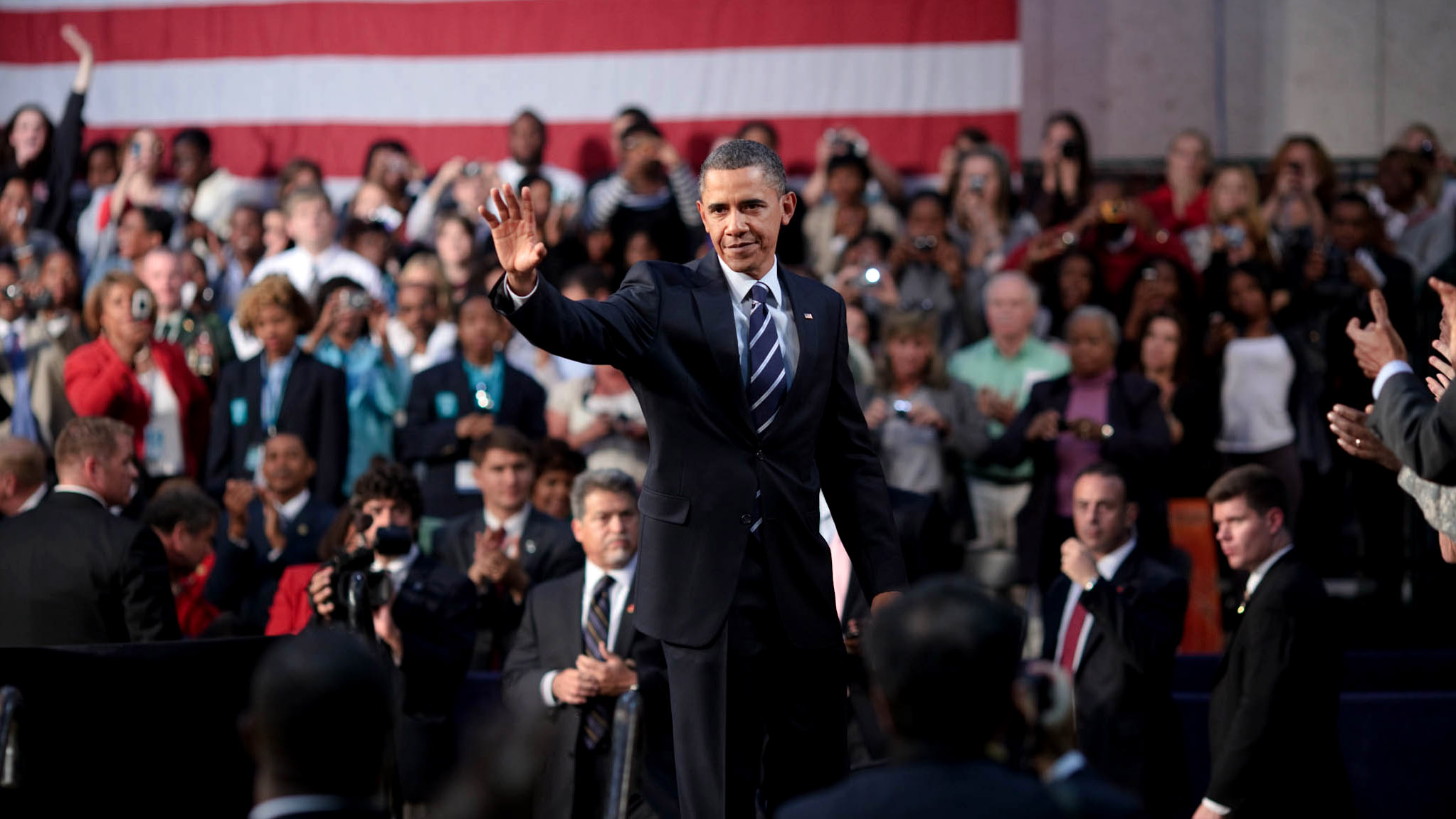