Press Conference: From the Economy to the Middle East and "What This Nation Was Founded On"

September 10, 2010 at 6:33 PM ET by Jesse Lee
Twitter Facebook Email
Summary:
The President opens his press conference discussing the economy but goes on to take a broad range of questions. Watch the video with direct links to any exchange you want to watch.

Earlier today the President held a press conference in the East Room of the White House. He gave opening remarks on the economy, saying that America faces a choice between going forward towards an economy that works for the middle class and rewards hard work, or going back to the economy that works for special interests and rewards the kind of recklessness that caused the economic disaster we are now emerging from. He also announced that Austan Goolsbee -- who he described as "a brilliant economist," and "someone who has a deep appreciation of how the economy affects everyday people" -- would be taking over as the Chair of the Council of Economic Advisers. When asked about the mosque and community center in New York that has garnered so much attention recently, he reiterated that religous freedom is a bedrock principle of this country, and that "I’ve got Muslims who are fighting in Afghanistan in the uniform of the United States armed services. They’re out there putting their lives on the line for us." Click on the links beneath the video to jump directly to the any question and answer you want to see (questions are paraphrased).

A couple excerpts below -- the first on fighting for the middle class vs. fighting just for tax cuts for the wealthiest Americans:

As I just indicated, middle-class families had been struggling for a decade, before I came into office. Their wages and incomes had flat-lined.  They were seeing the cost of everything from health care to sending their kids to college going up. Job growth was the weakest of any economic expansion between 2001 and 2008 since World War II.  The pace was slower than it’s been over the last year.

So these policies of cutting taxes for the wealthiest Americans, of stripping away regulations that protect consumers, running up a record surplus to a record deficit -- those policies finally culminated in the worst financial crisis we’ve had since the Great Depression.  And for 19 months, what we have done is steadily worked to avoid a depression, to take an economy that was contracting rapidly and making it grow again; a situation where we were losing 750,000 jobs a month, and now we’ve had eight consecutive months of private sector job growth; and made investments that are going to strengthen the economy over the long term.

But we’re not there yet.  We lost 4 million jobs in the six months before I was sworn in, and we lost 8 million jobs total during the course of this recession.  That is a huge hole to dig ourselves out of.  And people who have lost their jobs around the country and can’t find one, moms who are sending out resumes and not getting calls back, worried about losing homes and not being able to pay bills -- they’re not feeling good right now.  And I understand that.

And I ran precisely because I did not think middle-class families in this country were getting a fair shake.  And I ran because I felt that we had to have a different economic philosophy in order to grow that middle class and grow our economy over the long term. 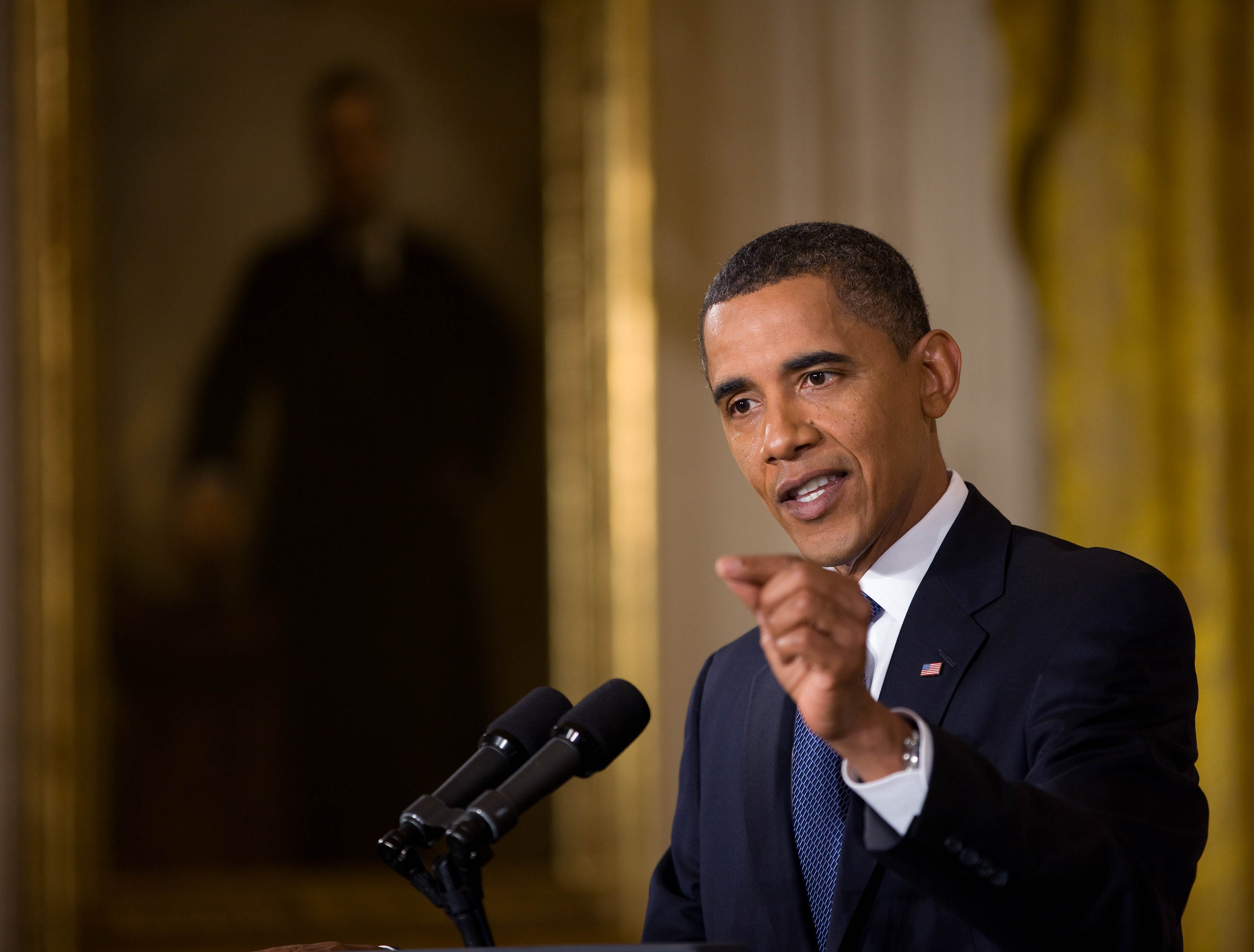 The last question was about the mosque and community center in New York that has garnered so much attention recently:

Now, I recognize the extraordinary sensitivities around 9/11.  I’ve met with families of 9/11 victims in the past.  I can only imagine the continuing pain and anguish and sense of loss that they may go through.  And tomorrow we as Americans are going to be joining them in prayer and remembrance.  But I go back to what I said earlier:  We are not at war against Islam.  We are at war against terrorist organizations that have distorted Islam or falsely used the banner of Islam to engage in their destructive acts.

And we’ve got to be clear about that.  We’ve got to be clear about that because if we’re going to deal with the problems that Ed Henry was talking about, if we’re going to successfully reduce the terrorist threat, then we need all the allies we can get.  The folks who are most interested in a war between the United States or the West and Islam are al Qaeda.  That’s what they’ve been banking on.

And so from a national security interest, we want to be clear about who the enemy is here.  It’s a handful, a tiny minority of people who are engaging in horrific acts, and have killed Muslims more than anybody else.

The other reason it’s important for us to remember that is because we’ve got millions of Muslim Americans, our fellow citizens, in this country.  They’re going to school with our kids.  They’re our neighbors.  They’re our friends.  They’re our coworkers.  And when we start acting as if their religion is somehow offensive, what are we saying to them?

I’ve got Muslims who are fighting in Afghanistan in the uniform of the United States armed services. They’re out there putting their lives on the line for us.  And we’ve got to make sure that we are crystal-clear for our sakes and their sakes they are Americans and we honor their service.  And part of honoring their service is making sure that they understand that we don’t differentiate between them and us.  It’s just us.

And that is a principle that I think is going to be very important for us to sustain.  And I think tomorrow is an excellent time for us to reflect on that.