President Obama on Small Business Jobs & Tax Cuts: "We Don't Have Time for Any More Games"

September 15, 2010 at 6:05 PM ET by Jesse Lee
Twitter Facebook Email
Summary:
Having just emerged from a Cabinet meeting focused on getting every agency doing all they can to help America create jobs, the President zeroed in on two major fights for the middle class.
[[nid:20798]]

Having just emerged from a Cabinet meeting focused on getting every agency doing all they can to help America create jobs, the President zeroed in on two major fights for the middle class.

The first was the long-overdue breaking of the Republican blockade against help for small business -- for which he thanked the two Republican Senators who stepped up and abandoned their party's parliamentary gimmicks.  The second was the ongoing attempt by Republicans in Congress to hold middle class tax cuts hostage to additional, excessive tax cuts for the very wealthiest Americans.

And while I am grateful for this progress, it should not have taken this long to pass this bill.  At a time when small business owners are still struggling to make payroll and they’re still holding off hiring, we put together a plan that would give them some tax relief and make it easier for them to take out loans.  It’s a bill that’s paid for.  It won’t add a dime to the deficit.  It’s a bill that was written by both Democrats and Republicans.

But once again, the leaders across the aisle are saying no. They want to hold these middle-class tax cuts hostage until they get an additional tax cut for the wealthiest 2 percent of Americans.

We simply can’t afford that.  It would mean borrowing $700 billion in order to fund these tax cuts for the very wealthiest Americans -- $700 billion to give a tax cut worth an average of $100,000 to millionaires and billionaires.  And it’s a tax cut economists say would do little to add momentum to our economy.

Now, I just don’t believe this makes any sense.  Even as we debate whether it’s wise to spend $700 billion on tax breaks for the wealthy, doesn’t it make sense for us to move forward with the tax cuts that we all agree on?  We should be able to extend right now middle-class tax relief on the first $250,000 of income -- which, by the way, 97 percent of Americans make less than $250,000 a year.  So right off the bat, 97 percent of all Americans would get tax relief on all their income.  People who are making more than $250,000 a year, say, you’re making half a million dollars, you’d still get tax relief on half your income.

And everybody agrees that this makes sense.  Middle-class families need this relief.  These are the Americans who saw their wages and incomes flat-line over the last decade, who’ve seen the costs of everything from health care to college tuition skyrocket and who have been hardest hit by this recession.

Extending these tax cuts is right.  It is just.  It will help our economy because middle-class folks are the folks who are most likely to actually spend this tax relief -- for a new computer for the kids or for maybe some home improvement.

And if the other party continues to hold these tax cuts hostage, these are the same families who will suffer the most when their taxes go up next year.  And if we can’t get an agreement with Republicans, that's what will happen.

That's what members of both parties have now done with the small business jobs bill.  And I hope we can work together to do the same thing on middle-class tax relief in the weeks to come. 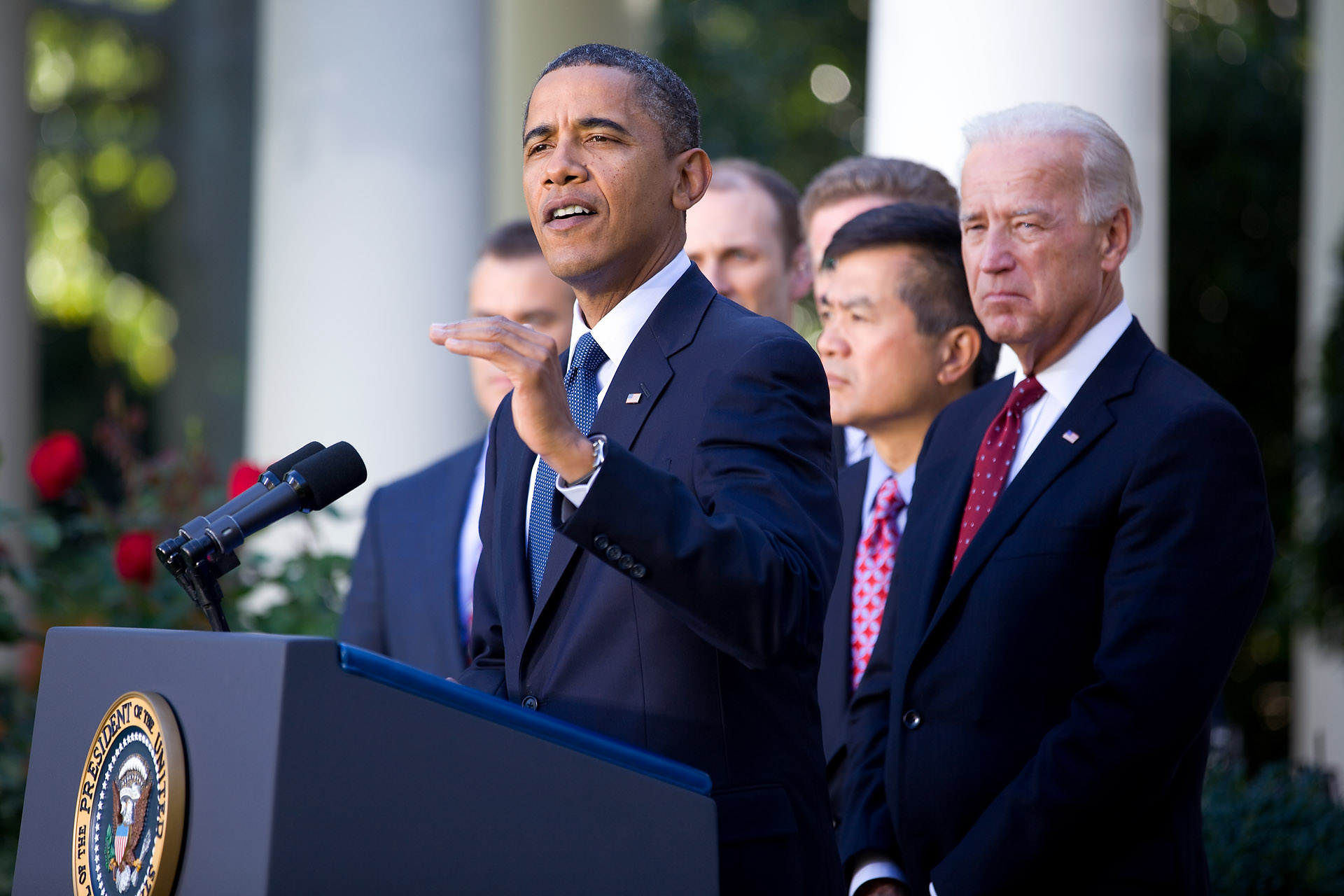