Last week, the First Lady launched the White House Dance Series by hosting an event honoring Judith Jamison, the long time artistic director of the Alvin Ailey American Dance Theater. The President and First Lady believe it is important that Americans from across our Nation are invited into the White House, and celebrating our shared culture is one of the ways they are opening up the doors of the People’s House. Since Ms. Jamison’s work has been an inspiration to both the President and the First Lady, this tribute was especially moving. 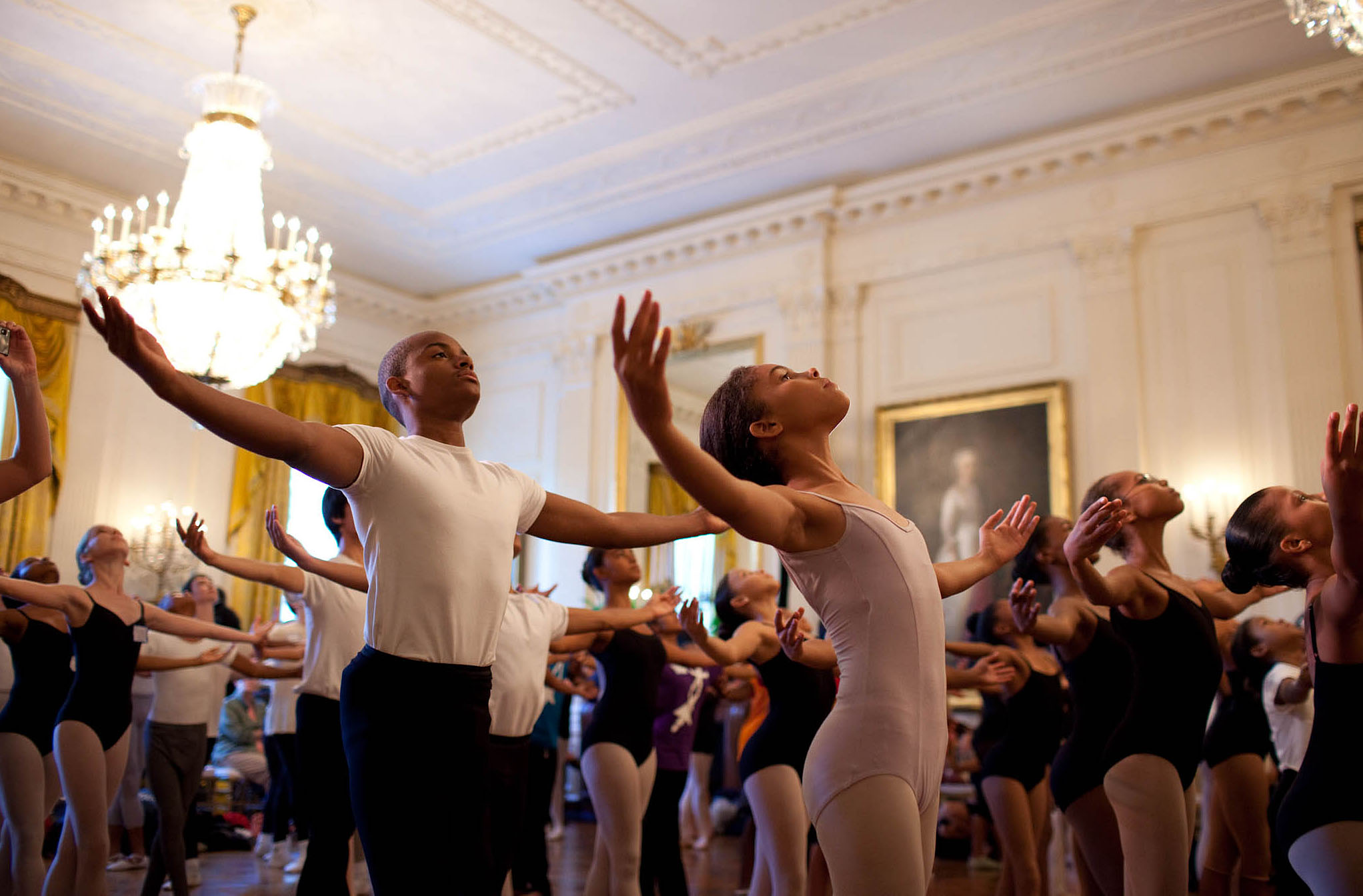 Young dancers participate in a workshop in the East Room of the White House, prior to the White House Dance Series: A Tribute to Judith Jamison performance, Sept. 7, 2010. Students from around the country participated in the 90 minute workshop and then attended the performance honoring Jamison's career in dance. (Official White House Photo by Chuck Kennedy)

As the First Lady said, “from ballet to Broadway to hip-hop, today is a celebration of some of the most beautiful, powerful, and emotional aspects of American dance.” The performances were directed by Damian Woetzel, a member of the Presidents’ Committee on the Arts and the Humanities, and included the Alvin Ailey dancers, The New York City Ballet, Paul Taylor Dance Company, Super Cr3w, Billy Elliot the Musical, and The Washington Ballet.

As the White House Social Secretary, it has been my privilege to  plan and coordinate all of the official events that take place at the White House. And while I know that not everyone can join us in person, I hope you will take the time to watch some of the highlights from this celebration of movement on the White House Website.

Julianna Smoot is Deputy Assistant to the President and the White House Social Secretary.