President Obama's Town Hall on the Economy, Business and the Middle Class

September 20, 2010 at 4:48 PM ET by Jesse Lee
Twitter Facebook Email
Summary:
The President takes part in an unusual sort of town hall in conjunction with CNBC.

This morning the President took part in an unusual sort of town hall in conjunction with CNBC.  The audience was made up of “CEOs, union workers, teachers and students” as host John Harwood put it, and the questions reflected a broad variety of perspectives on the economy and jobs in America.

In opening remarks, the President recounted the over-arching story of his Administration so far: how the Recovery Act and other emergency actions were responsible for millions of American jobs and brought the country back from the brink of another Great Depression.

But the President also made clear once again that the struggle is far from over for far too many families, and one of the first questions was about middle class families who are still feeling the squeeze not just of this recession, but of the past years and decades.  The President talked about how, even as he’s worked to boost our recovery in the short term, he’s also focused on creating a new foundation for the country so the next generation won’t be squeezed the same way – reforming student loans, putting families in charge of their own health care, creating a Consumer Financial Protection Bureau dedicated solely to making sure families get a fair shake. 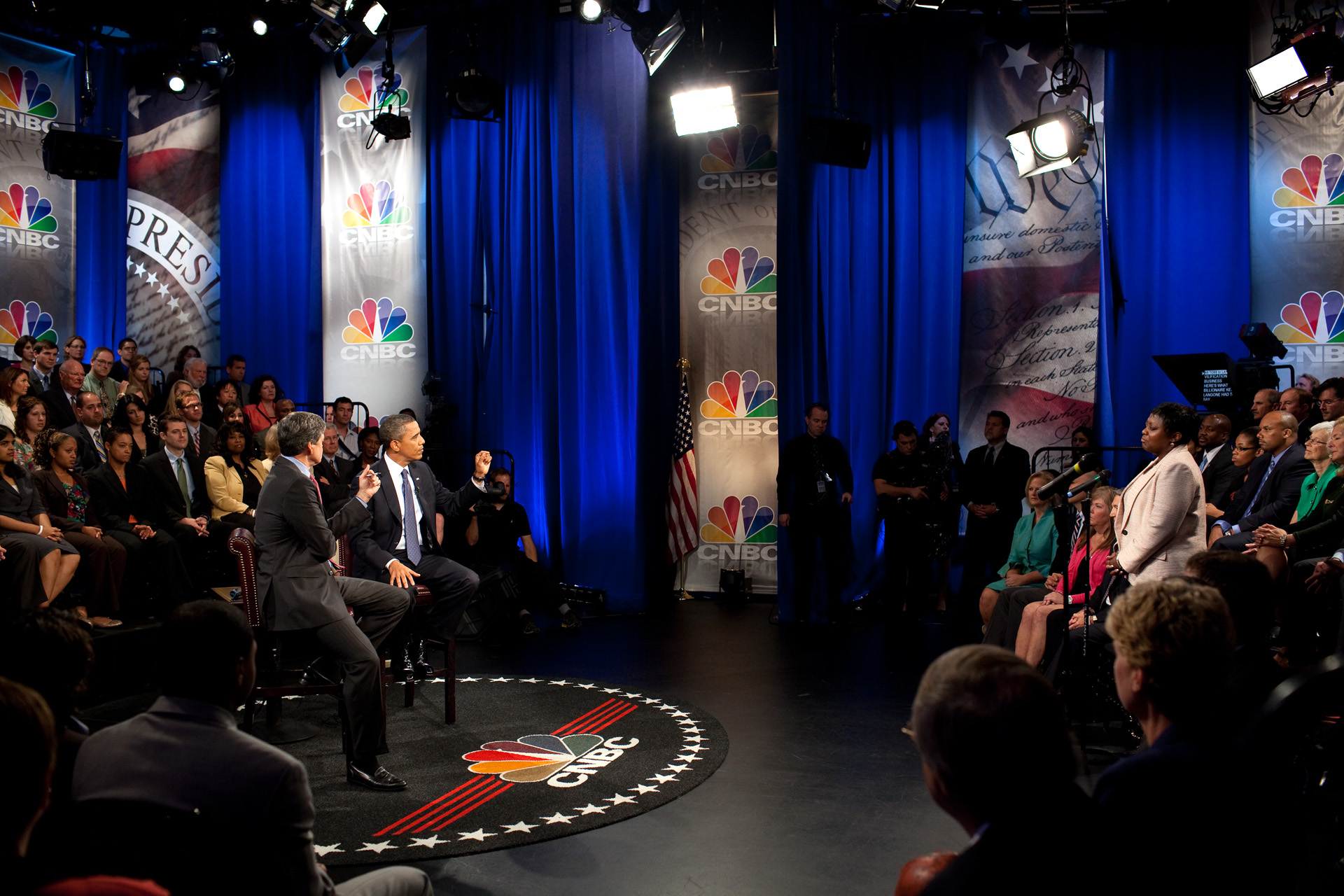 But the President didn’t ask for congratulations:

And so my goal here is not to try to convince you that everything is where it needs to be.  It’s not. That's why I ran for President.  But what I am saying is, is that we’re moving in the right direction.  And if we are able to keep our eye on our long-term goal -- which is making sure that every family out there, if they’re middle class, that they can pay their bills, have the security of health insurance, retire with dignity and respect, send their kids to college; if they’re not yet in the middle class, that there are ladders there to get into the middle class, if people work hard and get an education to apply themselves -- that's our goal.  That's the America we believe in.  And I think that we are on track to be able to do that.

The President was asked a number of questions on the premise that he is somehow anti-business, a claim he simply needed to point to his record to refute (we’d certainly invite skeptics to search WhiteHouse.gov themselves):

Look, in every speech, every interview that I've made, I've constantly said that what sets America apart, what has made us successful over the long term, is we've got the most dynamic free market economy in the world.  And that has to be preserved.  That has to be preserved.  We benefit from entrepreneurs and innovators who are going out there and creating jobs, creating businesses.

Government can't create the majority of jobs.  And in fact, we want to get out of the way of folks who’ve got a great idea and want to run with it and are going to be putting people to work.

And on the ongoing debate about extending middle class tax cuts, the President laid out his fundamental thinking:

Here’s the basic principle.  Here’s what I can’t do as President.  I think I’ve worked pretty hard and I have a pretty big grasp of the challenges that we’re facing.  (Applause.)  But here’s what I can’t do.  I can’t give tax cuts to the top 2 percent of Americans, 86 percent of that money going to people making a million dollars or more, and lower the deficit at the same time.  I don’t have the math.

So what I’ve said is very simple.  Let’s go ahead and move forward on what we agree to, which is tax relief for 95 -- 97 percent of Americans.  In fact, actually everybody would get tax relief, but just up to $250,000 a year more.  And let’s get the economy moving faster, let’s get it growing faster.  At some point in the future, if we want to have discussions about further lowering tax rates, let’s do so at a time when we can actually afford it. 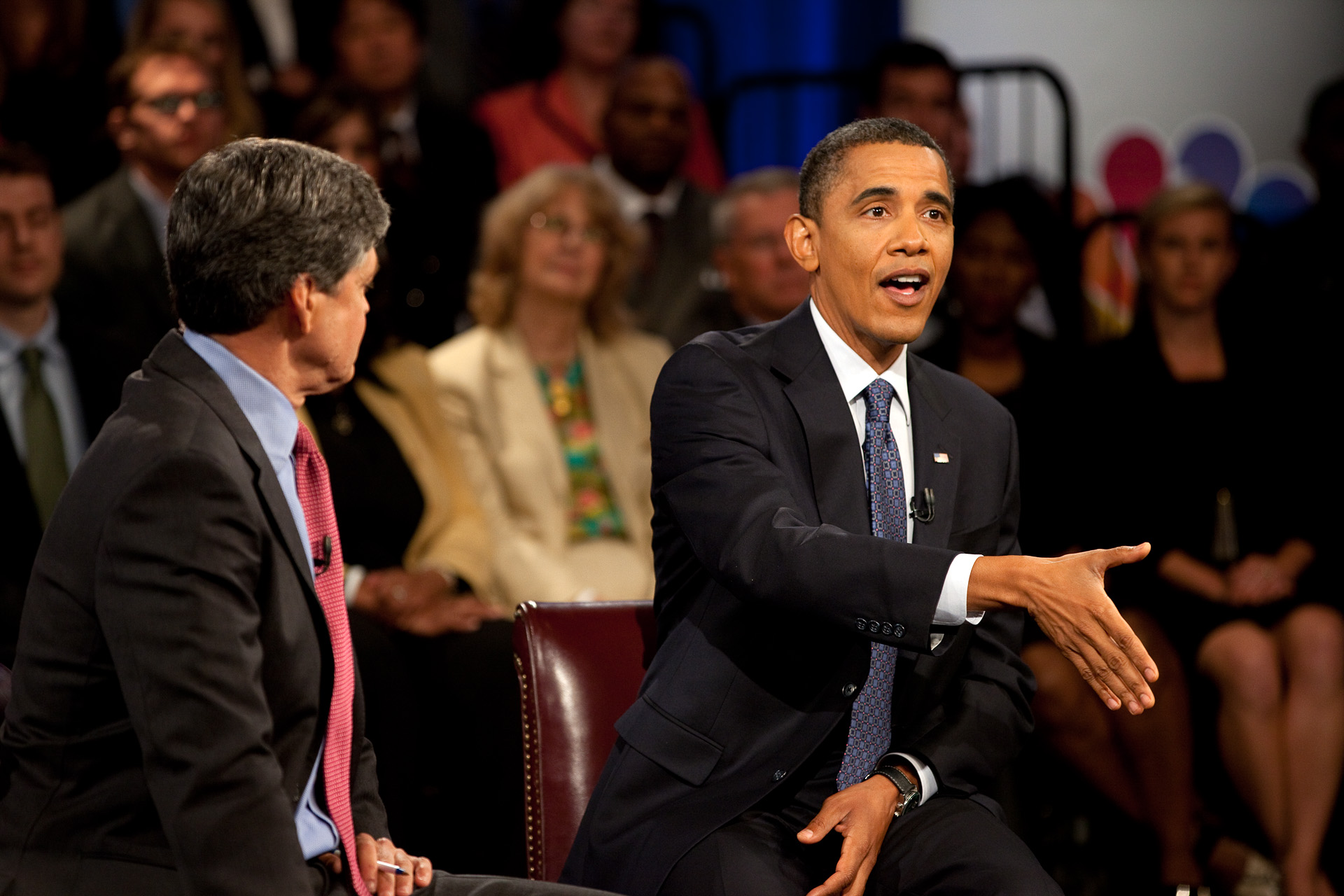