First Lady to the Clinton Global Initiative: Harness the Potential of Veterans and Military Families

Yesterday, First Lady Michelle Obama addressed the closing session of the Clinton Global Initiative Annual meeting. She discussed an issue near and dear to her heart as First Lady, and that is the challenges faced by America’s veterans and military families, particularly as they transition to civilian life.

Established in 2005 by President Bill Clinton, the Clinton Global Initiative convenes global leaders to devise and implement innovative solutions to some of the world’s most pressing challenges. These CGI members have made commitments valued at $57 billion, bringing hope and opportunity to more than 200 million people around the world.This year, commitments were announced to support the long-term recovery of the Gulf Coast. 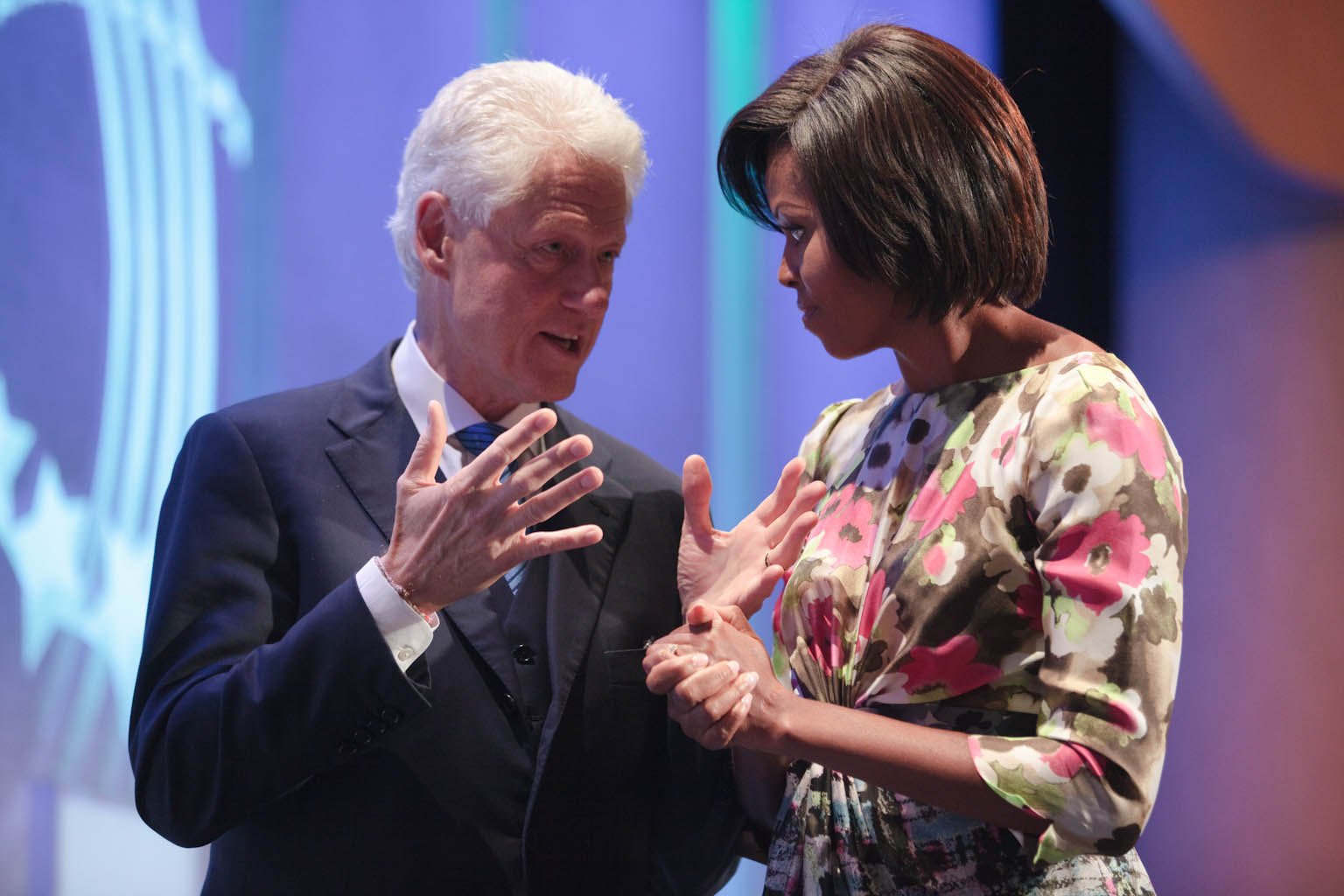 In President Obama’s introduction, he discussed the First Lady’s focus on public service, “No matter what the issue, there’s only one thing that she wants to know, and that’s ‘who are we helping?’  That’s what she asks.  ‘Who is this going to make a difference for?  Whose life is this going to improve?’”  In her remarks at CGI, Mrs. Obama continued her work as a voice for America’s military families and veterans, using her platform as First Lady to make sure they get the support and appreciation they deserve.

At this year’s meeting, President Clinton asked participants to address the challenge of harnessing the human potential, asking participants to consider, “What can we do to get more people involved in our common endeavors?”  The First Lady called on the business and non-profit leaders present to harness the skills, talent and potential of veterans and military spouses. Asking them to reach out and engage veterans and military spouses and to take advantage of their talent, dedication and experience.

After all, hiring America’s vets and military spouses is not just about helping them -- it’s about how they can help you.  So I’m not asking you to do this out of the goodness of your heart -- do it because it’s good for your bottom line and the success of your organization.

In the spirit of CGI, the First Lady made a promise to continue to use her platform as First Lady to bring people together around the issue “to spark not just a national conversation, but national action to give our vets and military spouses the opportunities they deserve.”

With Blue Star mom, Dr. Jill Biden, Mrs. Obama discussed what they have both seen firsthand -- the potential that America’s vets and military spouses have to offer. Last week Tom Tarantino, an Army veteran, came to the White House to meet with staff. Tarantino put it best:

He was talking about his experience transitioning from military to civilian life.  And he said -- and this is his quote -- “When I left the service, I was looking for more than a paycheck.  I was looking for a mission.”

And ultimately, that is the same reason all of you are here today.  That’s the same determination that you bring to your own service, the same conviction that a career is about more than just making a living -- it’s about making a difference.

You’re here today because you’ve found your mission. Now it’s time for us to work together to help America’s veterans and military families find theirs.