September 24, 2010 at 6:30 PM ET by Kori Schulman
Twitter Facebook Email
Summary:
The First Lady hosts a special event for the spouses of Chiefs of State and Heads of Government participating in the United Nations General Assembly at the Stone Barns Center, a non-profit farm and education center north of New York City.

Today, the First Lady hosted a special event for the spouses of Chiefs of State and Heads of Government participating in the United Nations General Assembly at the Stone Barns Center, a non-profit farm and education center north of New York City. 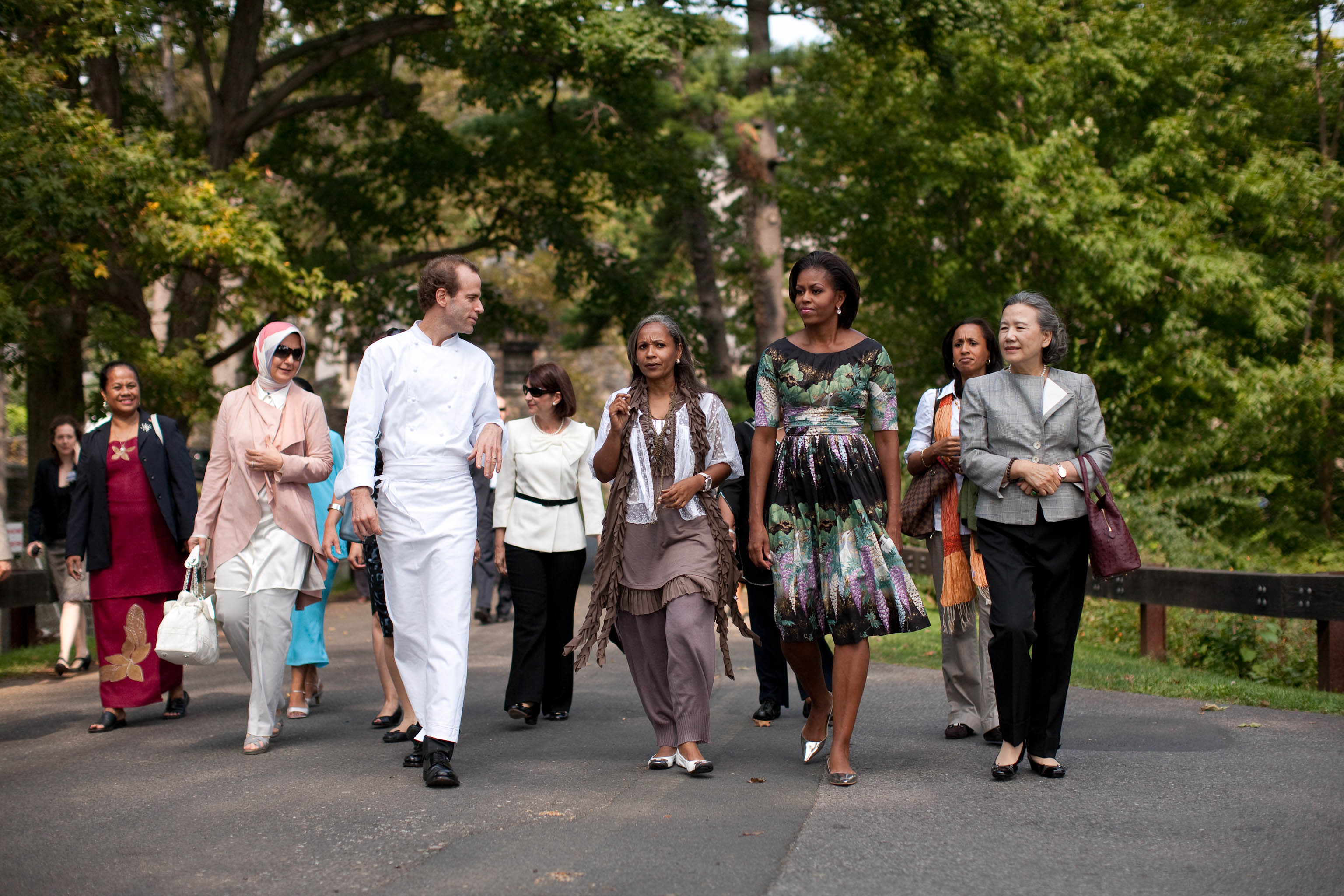 After a tour of the farm, the spouses were introduced to the Center’s children’s education program, where local third graders from Pocantico Hill School and JFK Magnet School demonstrated their experiences in hands-on farming, including harvesting vegetables and collecting eggs from pasture-raised hens.

The White House kitchen garden inspired the day’s event and led to the development of Let’s Move!, the First Lady’s initiate to raise a healthier generation of kids. A key component of the initiative is school education. Stone Barns Center is an example of what can be done when local businesses, local farms, and neighborhood schools work together to educate children. In her remarks, Mrs. Obama discussed the power of hands-on experiences from her own child's experience:

Sasha doesn’t like tomatoes -- or so she says -- not until she took a cooking class at her school and made a tomato-pesto-basil-mozzarella sandwich.

And the point is, is that, yeah, it was different for her because it was her discovery. It wasn’t something that her mother was telling her to do. She had discovered it. She made the sandwich. She made the pesto. And it was good. And now she’s a fan of tomatoes. We can do that with our children.

At an event that brought together the spouses of leaders from around the world, Mrs. Obama noted that childhood obesity is not just an American challenge.

As I talk to these spouses, I’m understanding that we’re seeing -- many of you are seeing these same issues in your own countries. And you’re working very hard on nutrition and education. And my hope is that we can continue to partner and have conversations so that this local campaign becomes a national conversation in so many ways.

So I thank you all for your leadership on this issue. Thank you all for taking the time to spend this afternoon focused on an issue that is near and dear to me. I am always grateful for your friendship and your kindness. It makes these gatherings even more special, to be able to share these ideas and to share in fellowship and toast and all that good stuff. 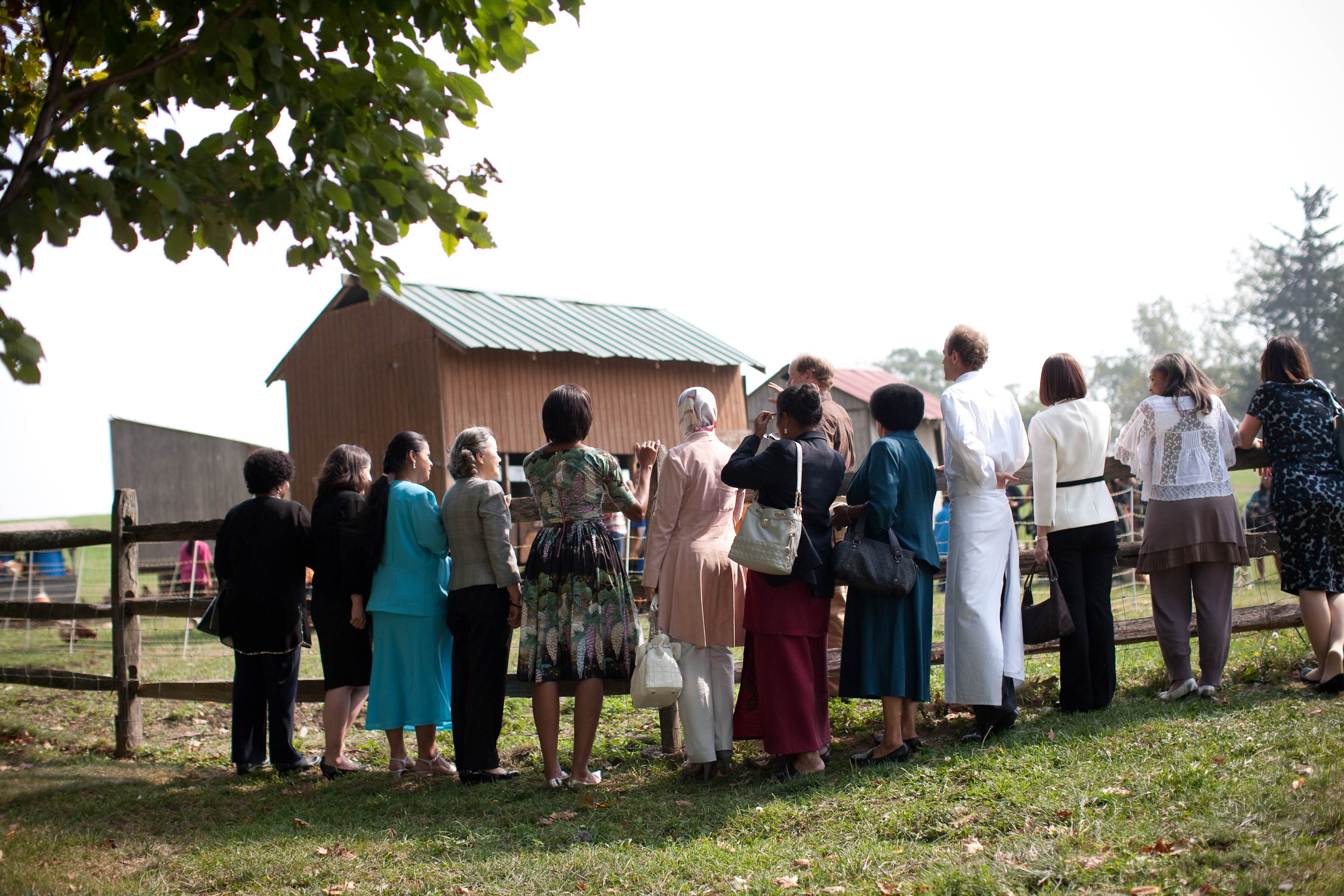 First Lady Michelle Obama and spouses of United Nations leaders learn how chickens have been raised and integrated into the farm food system, during a tour of Stone Barns Food and Agricultural Center, before the UNGA spousal luncheon in Pocantinco, N.Y. September 24, 2010. (Official White House Photo by Lawrence Jackson)