President Obama in Ministerial Meeting on Sudan: "The Fate of Millions"

September 24, 2010 at 5:14 PM ET by Jesse Lee
Twitter Facebook Email
Summary:
President Obama attends a meeting of heads of state, and Sudanese leaders, discussing the responsibility of all parties to fully implement the peace agreement that ended Sudan’s civil war, calling for accountability for crimes, and speaking directly to the people of Sudan about how the United States would support those who work for peace.

As described earlier, President Obama attended a meeting of heads of state, and Sudanese leaders, to address the urgent situation in Sudan as part of his long-standing personal commitment to supporting peace in Sudan and ending the genocide in Darfur.  President Obama said it was the responsibility of all parties to fully implement the peace agreement that ended Sudan’s civil war, he called for accountability for crimes, and he spoke directly to the people of Sudan about how the United States would support those who work for peace. 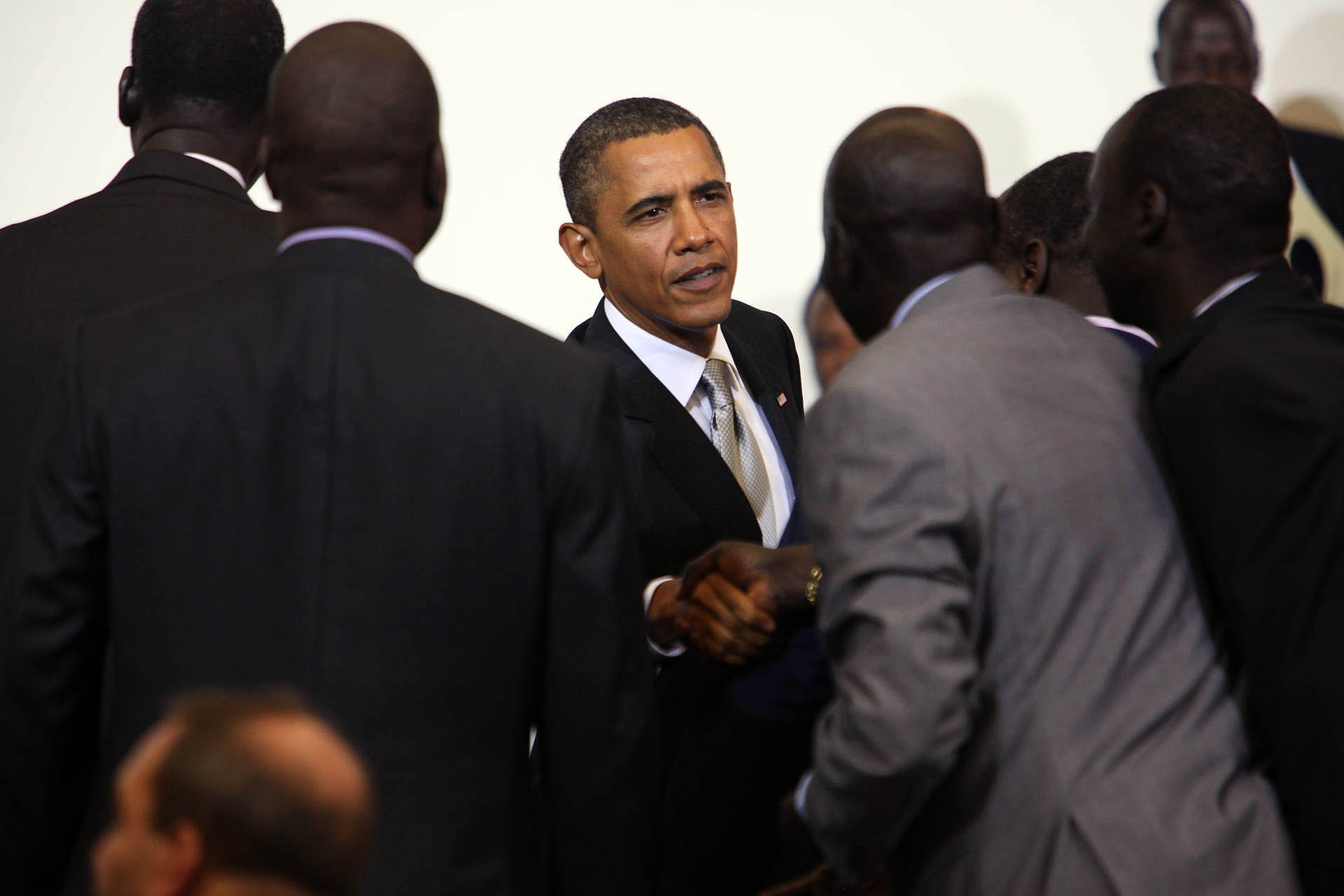 An excerpt of his remarks:

To my fellow leaders from Africa, the Middle East, Europe and Asia -- your presence sends an unmistakable message to the Sudanese people and to their leaders that we stand united.  The Comprehensive Peace Agreement that ended the civil war must be fully implemented.  The referenda on self-determination scheduled for January 9th must take place -- peacefully and on time, the will of the people of South Sudan and the region of Abyei must be respected, regardless of the outcome.

We are here because the leaders of Sudan face a choice.  It’s not the choice of how to move forward to give the people of Sudan the peace they deserve.  We already know what needs to be done.  The choice is for Sudanese leaders -- whether they will have the courage to walk the path.  And the decision cannot be delayed any longer.

Despite some recent progress, preparations for the referenda are still behind schedule.  Now, the vote is only a little more than a hundred days away.  And tragically, as has already been referred to, a recent spike in violence in Darfur has cost the lives of hundreds of more people.

So the stakes are enormous.  We all know the terrible price paid by the Sudanese people the last time north and south were engulfed in war:  some two million people killed.  Two million people.  Millions more left homeless; millions displaced to refugee camps, threatening to destabilize the entire region.  Separately, in Darfur, the deaths of hundreds of thousands shocked the conscience of the world.  This is the awful legacy of conflict in Sudan -- the past that must not become Sudan’s future.

That is why, since I took office, my administration has worked for peace in Sudan.  In my meetings with world leaders, I’ve urged my counterparts to fully support and contribute to the international effort that is required.  Ambassador Susan Rice has worked tirelessly to build a strong and active coalition committed to moving forward.  My special envoy, General Gration, has worked directly with the parties in his 20 visits to the region.

We’ve seen some progress.  With our partners, we’ve helped to bring an end to the conflict between Sudan and Chad.  We’ve worked urgently to improve humanitarian conditions on the ground.  And we’re leading the effort to transform the Sudan People’s Liberation Army into a professional security force, including putting an end to the use of children as soldiers.

Recognizing that southern Sudan must continue to develop and improve the lives of its people -- regardless of the referendum’s outcome -- we and the U.N. mission are helping the government of southern Sudan improve the delivery of food and water and health care and strengthen agriculture.

And most recently, we’ve redoubled our efforts to ensure that the referenda takes place as planned.  Vice President Biden recently visited the region to underscore that the results of the referenda must be respected.  Secretary Clinton has engaged repeatedly with Sudanese leaders to convey our clear expectations.  We’ve increased our diplomatic presence in southern Sudan -- and mobilized others to do the same -- to prepare for the January 9th vote and for what comes after.

But no one can impose progress and peace on another nation.  Ultimately, only Sudanese leaders can ensure that the referenda go forward and that Sudan finds peace.  There’s a great deal of work that must be done, and it must be done quickly.

So two paths lay ahead:  one path taken by those who flout their responsibilities and for whom there must be consequences -- more pressure and deeper isolation.

The other path is taken by leaders who fulfill their obligations, and which would lead to improved relations between the United States and Sudan, including supporting agricultural development for all Sudanese, expanding trade and investment, and exchanging ambassadors, and eventually, working to lift sanctions -- if Sudanese leaders fulfill their obligations.

Now is the time for the international community to support Sudanese leaders who make the right choice.  Just as the African nations of the Intergovernmental Authority on Development rose to the challenge and helped the parties find a path to peace in 2005, all of us can do our part to ensure that the Comprehensive Peace Agreement is fully implemented. 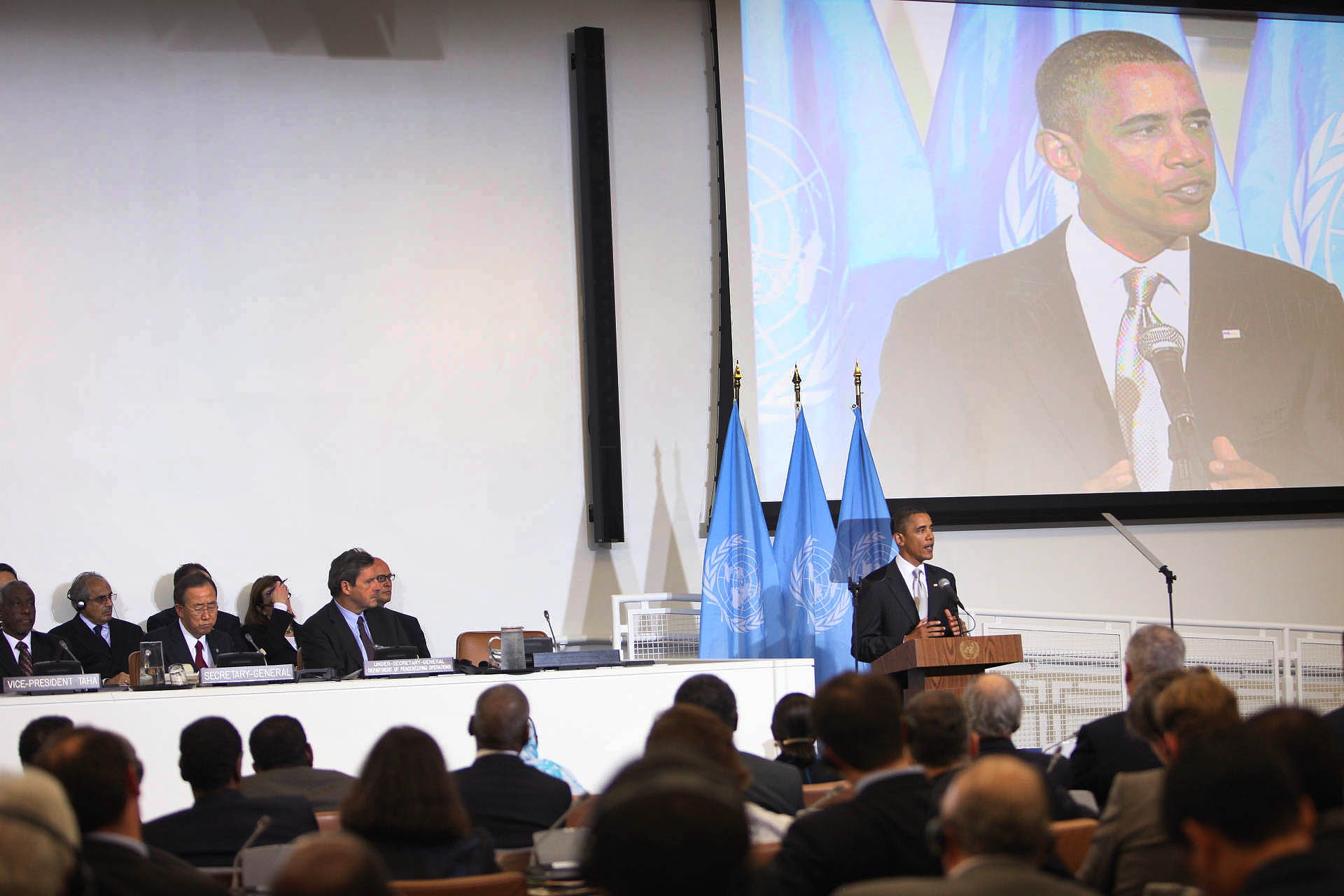