September 28, 2010 at 6:52 PM ET by Jared Bernstein
Twitter Facebook Email
Summary:
A look at Vice President Biden's visit to the home of Bob and Lorie Cochran in Manchester, New Hampshire for a discussion on the economy and other issues that are important to middle class families.

Yesterday, Vice President Biden visited the home of Bob and Lorie Cochran in Manchester, New Hampshire for a discussion on the economy and other issues that are important to middle class families. The Cochrans were kind enough to host a small group of their neighbors and other families from Manchester.  You might have seen the President leading similar discussions over the last few weeks – it’s all about hearing directly from the American people about how things are going on Main Street and the concerns they’re facing as they sit around their kitchen tables.  We’ve been calling these events “backyard discussions,” but the weather didn’t cooperate yesterday.  It started raining as soon as we arrived in New Hampshire, so we all had to move inside to the Cochrans’ living room. 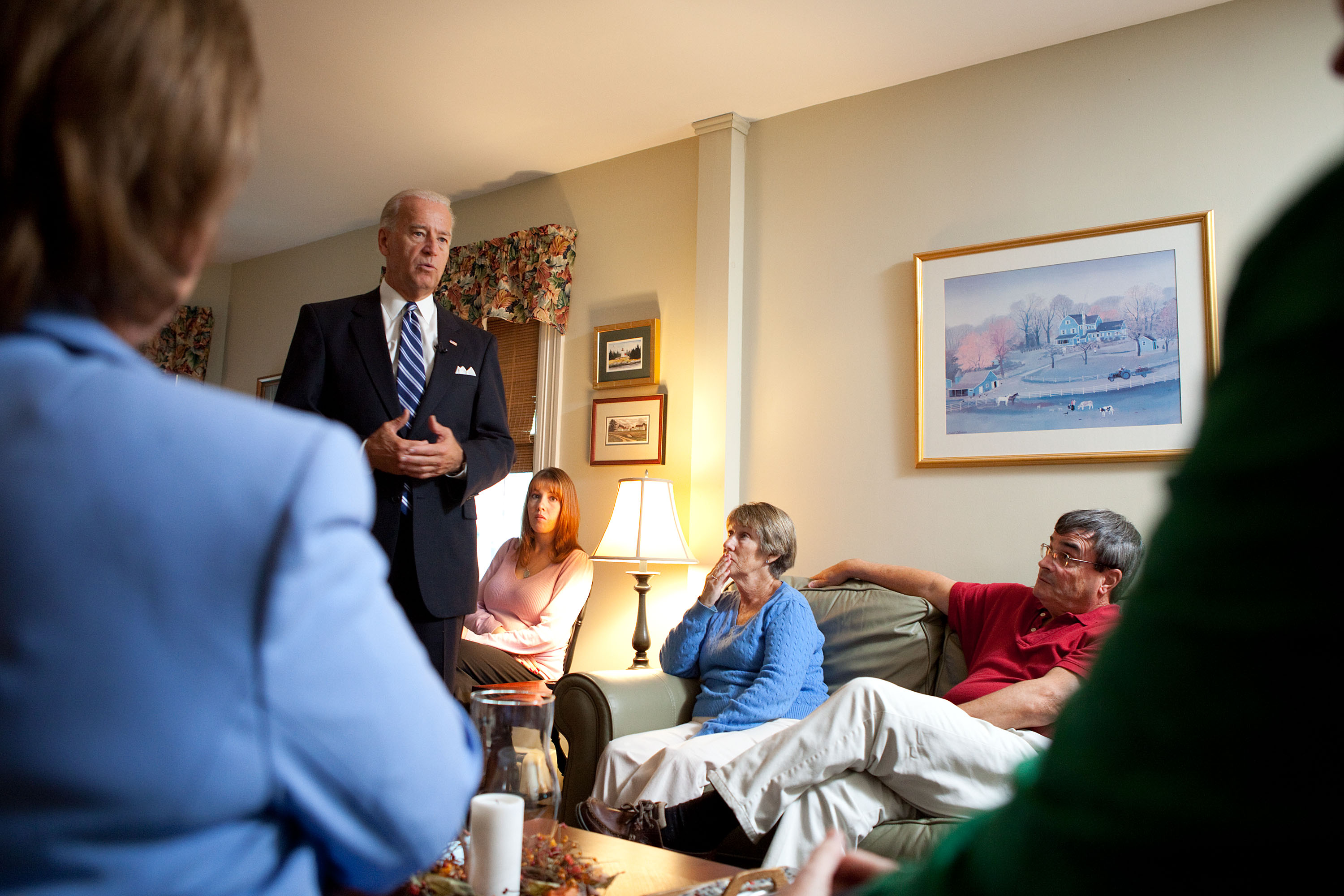 Fortunately, the grim weather didn’t put a damper on our conversation.  After some brief opening remarks by the Vice President, we launched right into a great discussion, with the audience asking about the steps we’re taking to create jobs and get our economy moving again.  The Vice President took the opportunity to discuss our agenda for creating jobs, including more tax cuts for small businesses that want to expand and hire, infrastructure investment to build on the momentum of the Recovery Act, preserving tax cuts for the middle class, making college more affordable, and reducing health care costs while protecting health care consumers.

As you’d expect in a political season in a highly politically engaged state, other questioners asked about the upcoming midterm elections.  And on that subject, Vice President Biden stressed the stark choice voters will face on November 2: will we continue moving forward, building on our economic progress, making sure that insurance companies and banks are playing by the new rules of the road, and pursuing a policy agenda focused on the prosperity of the middle class?  Or will we hit reverse and go back to the failed, discredited economic policies set that got us into this mess?  Will we rescind and repeal the progress we’ve made to end abuses by insurance companies and big banks, stop rebuilding America’s vital infrastructure, and go back to slashing taxes for millionaires and billionaires with no regard for the fiscal consequences?

From where we stand, the choice is clear.  Vice President Biden ended the conversation by stressing just how high the stakes are, and how important it is that every American citizen stays engaged in this debate in the weeks ahead.  From what I could tell as I looked on from the kitchen, no one disagreed.