The President on Our Veterans & Choosing Priorities in Albuquerque

Having met with with Andy and Etta Cavalier at their home in Albuquerque, New Mexico, President Obama spoke openly on the economy with area families in the Cavaliers’ front yard. The final question was an emotional one, with the President asked about what he was doing to strengthen VA benefits -- Andy Cavalier was asking about his father in particular, but on behalf of all veterans who may not have always gotten the care they deserve. The President explained that the same emotions led him to call for the largest increase in 30 years in Federal spending for VA benefits, as well as implementation of the post-9/11 GI Bill. 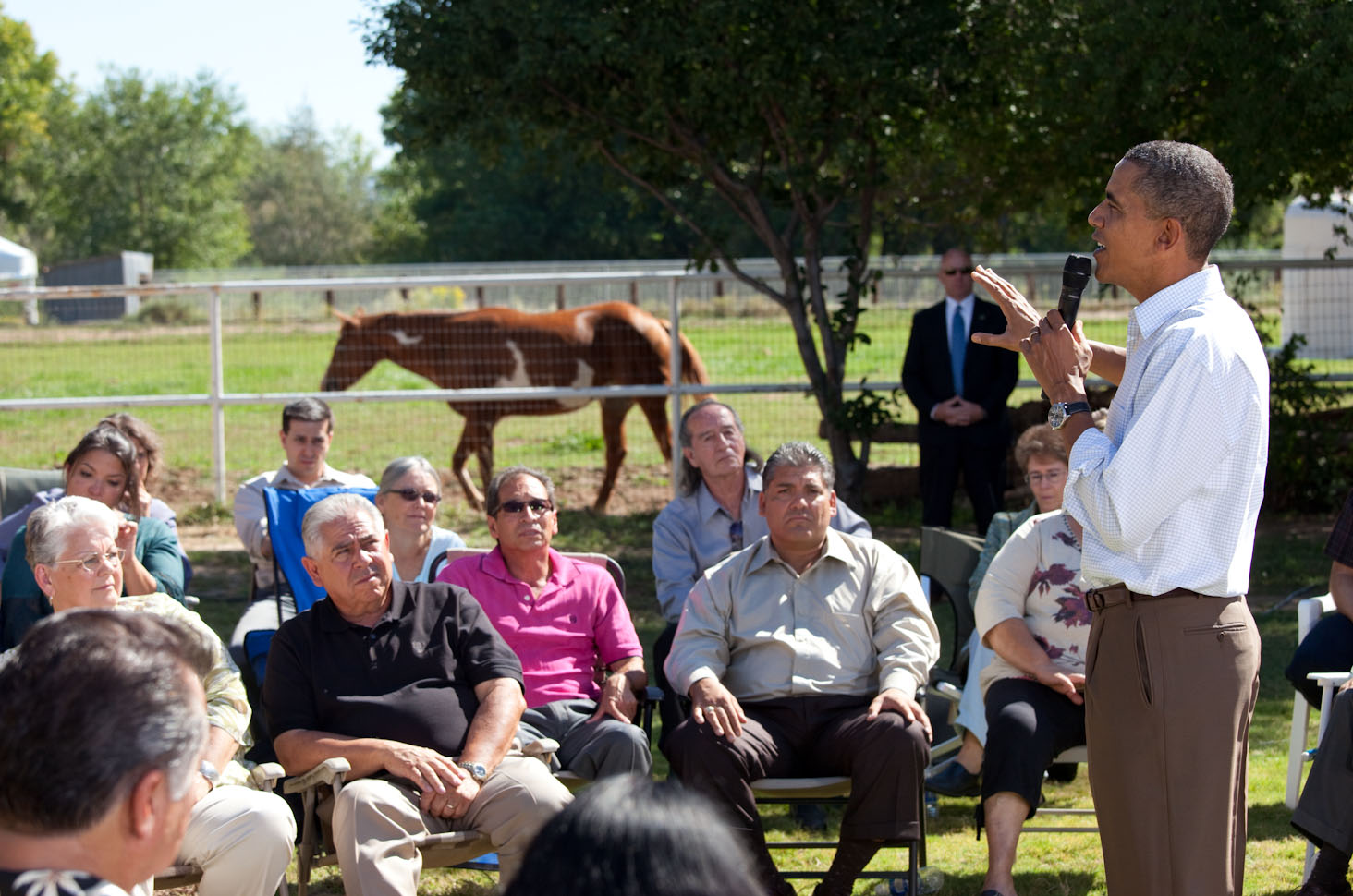 President Barack Obama holds a discussion on the economy with area families in the front yard of the home Andy and Etta Cavalier in Albuquerque, New Mexico September 28, 2010. (Official White House Photo by Pete Souza)

The President also made the point that when we look at the choices ahead, there are real questions on priorities to consider:

Q Thank you so much, Mr. President. My name is Andrew Cavalier, I’m his son. I’ve got a couple questions for you. One really hits hard for me. I’m getting a little emotional here. My father, being a veteran, we appreciate everything that he’s done for the country. And obviously the VA does a lot for my father.

THE PRESIDENT: Yes, we love your dad. Yes, we appreciate what he’s done.

Q The reason I get emotional is because --

THE PRESIDENT: Because he’s your dad.

Q Well, unfortunately at the VA sometimes he doesn’t get the care and the service that he should.

Q I really didn’t want to do this on TV.

THE PRESIDENT: That’s all right.

Q But, you know, I see -- he put his blood, his sweat and his tears into this country and doesn’t always get the type of care that he deserves because -- I just want to ask, I mean, do you have any plan for that? There’s obviously lots of veterans out there --

Q -- feel the same way, not getting the treatments that they deserve. It’s not just the medications, you know, it’s really being treated like a human.

Q And, I mean, that’s kind of the issue that I have is, we put in our taxpayer dollars and, you know, it’s -- I mean, I have a small business myself. We help provide people with legal services, stuff like that, you know, having access to their rights. But when you can’t afford it, I mean, we’re forced to just basically settle for what we got because of the fact that that’s all we could afford.

THE PRESIDENT: Well, let me -- first of all, you don’t have to apologize for being emotional about your dad who served our country as a Marine, man. That’s -- I get emotional when I think about our young men and women and our veterans who have served this country with such bravery and courage. We have a sacred trust for people who put on the uniform of the United States. They serve us. They’re willing to put their lives on the line. And that means that when they come back, we’ve got to serve them.

Now, here’s the good news. First of all, I’ve got what I think is one of the finest, if not the finest, Secretaries of Veterans Affairs ever, General Ric Shinseki, who himself is a disabled veteran. And this guy just thinks day and night about how are we going to make sure that veterans services are provided in a timely, effective, respectful fashion, all right? So that’s point number one.

And the reason we did it was because a lot of VA facilities had gotten outdated. The backlog in terms of folks trying to get medical services or getting their claims processed had just gotten ridiculous. You had over a million young people who had served in Iraq and now Afghanistan who had come back and they’ve got new problems like -- well, they’re not new problems but now we’re much more effective at diagnosing post-traumatic stress disorder, traumatic brain injury -- they weren’t getting services. We’ve got women who are now serving in a much more dangerous situation in a lot of these theaters, and yet a lot of VA facilities still did not have special services for women and their special needs as they return.

So we are in the process of investing more in the VA and reforming how business is done at the VA than at any time in the last 30 years.

Now, we’ve still got a ways to go, but this is again an example of where, come November, we’ve got to start making some choices because if, for example, we give tax breaks to millionaires and billionaires that cost us $700 billion that we don’t have, that money has to come from somewhere. And we’ve got to be able to provide for our veterans. I’d rather choose veterans. I’d rather choose these young people who are looking for scholarships. 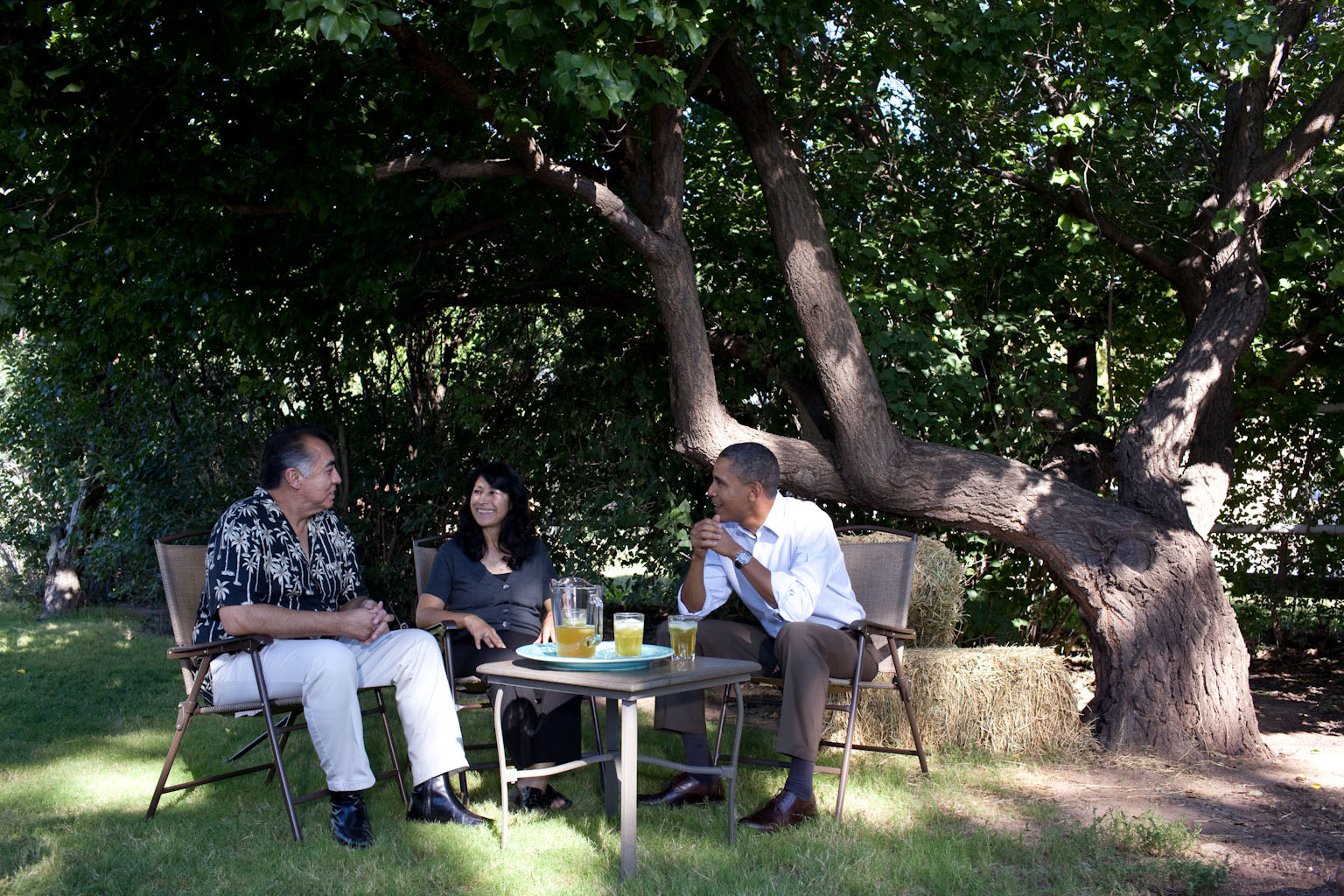 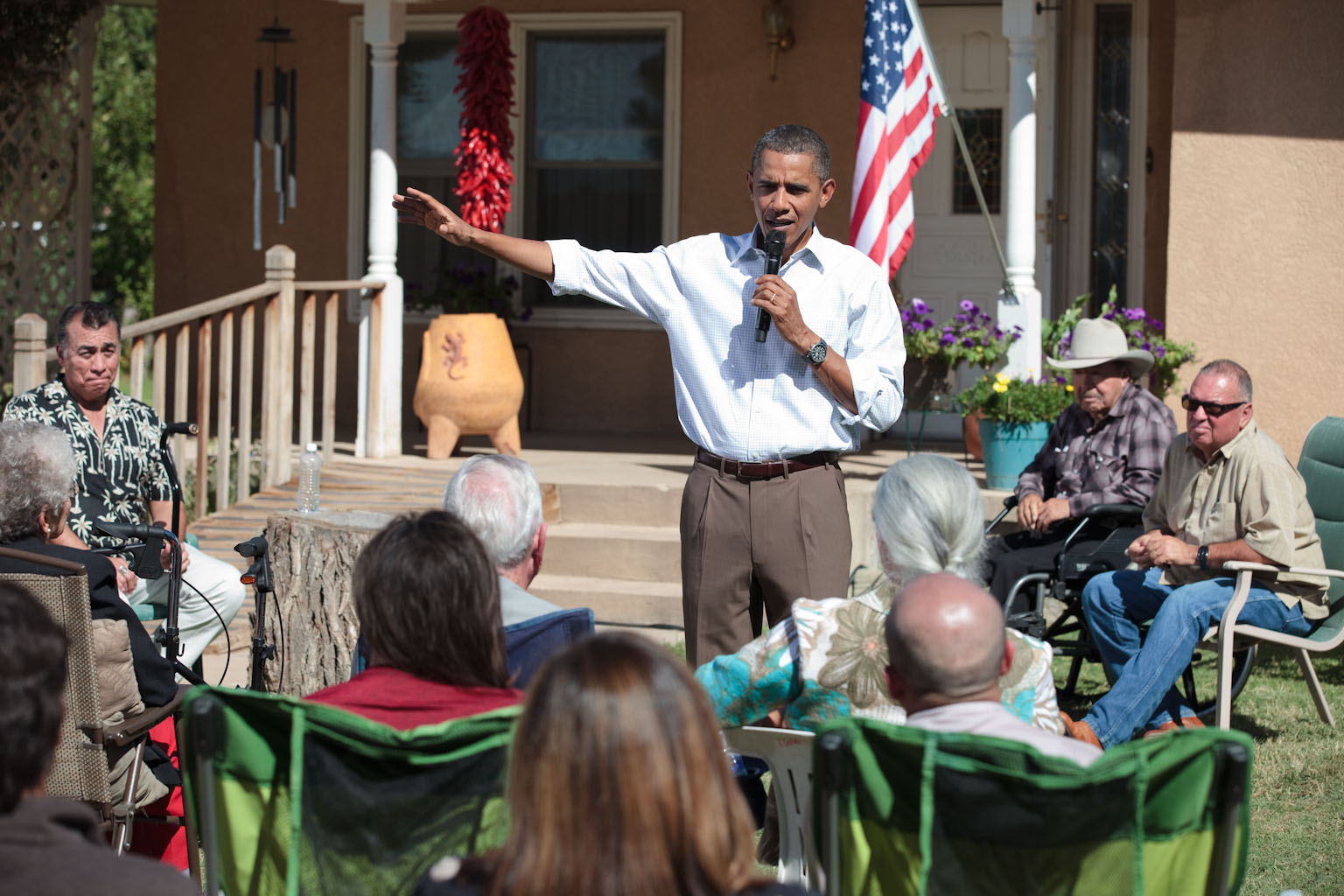 President Barack Obama holds a discussion on the economy with area families in the front yard of the home Andy and Etta Cavalier in Albuquerque, New Mexico September 28, 2010. (Official White House Photo by Chuck Kennedy)