A Backyard Stroll Through Health Reform in Des Moines

September 29, 2010 at 4:15 PM ET by Jesse Lee
Twitter Facebook Email
Summary:
The President is the beneficiary of another family's hospitality, this time the Clubb family in Des Moines, Iowa, who hosted him and about 70 of their neighbors for an open conversation.

This morning the President benefited from another family's hospitality, this time the Clubb family in Des Moines, Iowa, who hosted him and about 70 of their neighbors for an open conversation.  The topics ranged from the economy and prospects for those coming out of college to tax breaks for small business.  But one of the most interesting exchanges, and one which showed the value of these kinds of discussions, was on the reforms in the Affordable Care Act.  As you can see below, the President ended up taking quite a few questions actually -- if you have your own you can also try HealthCare.gov. 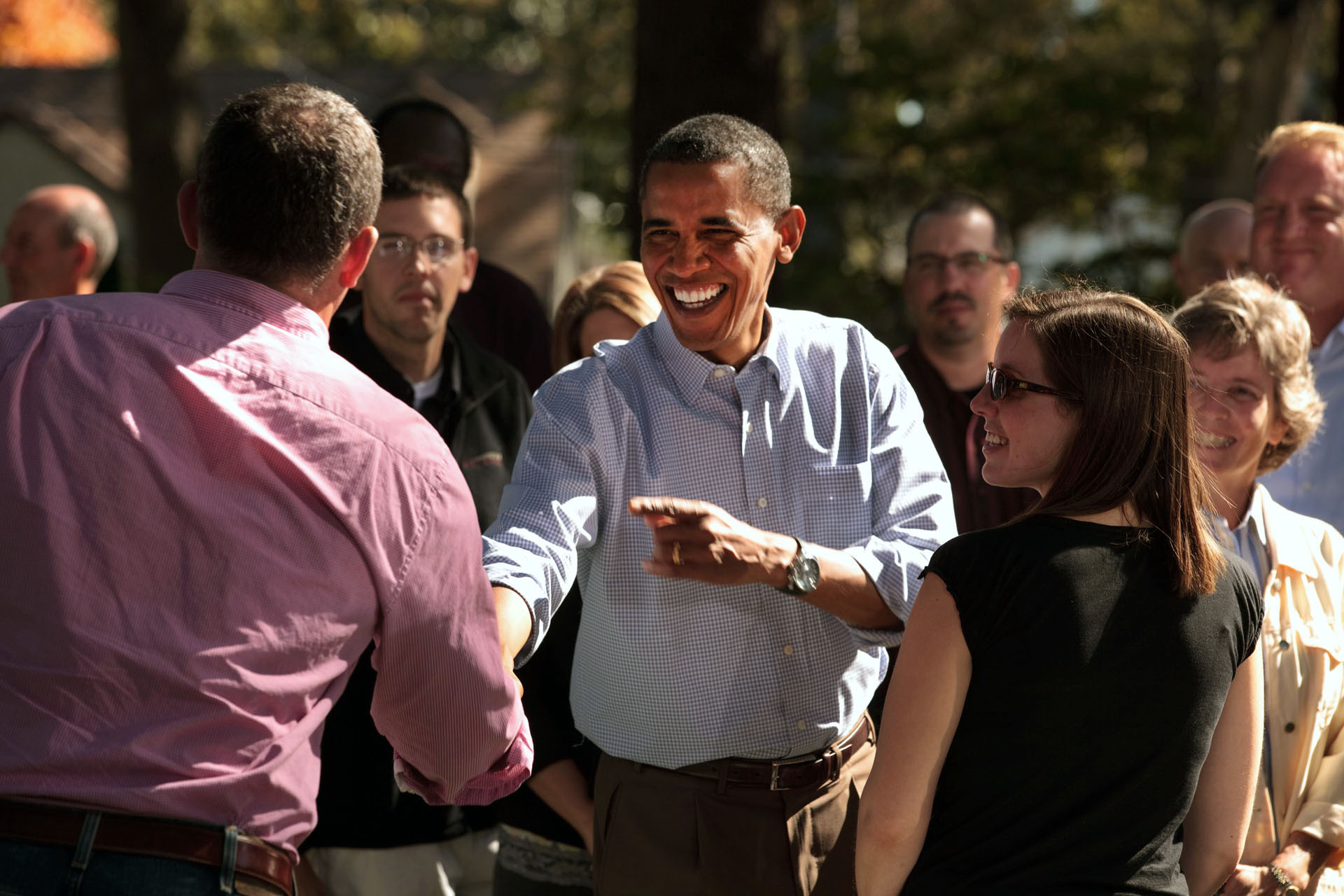 Q    I have great concerns over your health bill.  One of the ladies in admissions over there whom I was talking with the other week, started -- she’s from England, and her family is still in England.

Q    And she was explaining to us how -- telling us what we had to look forward to here.  Her sister worked as a nurse in the same hospital for 20 years.  She was 55.  She was told she needed open-heart surgery.  She was put on a 10-year waiting list.  Three years later, she had a major heart attack and they were forced to give her that surgery that she needed.

I realize you’re saying the 26-year-olds will have health insurance -- they don’t have to worry about that.  My mother always told me the older you get, the faster time goes.  And when she said that to me years back, I thought she was crazy.

THE PRESIDENT:  Yes, I’ve noticed this, too.  (Laughter.)

Q    Yes.  And these 26-year-olds in a heartbeat are going to be 50, 55.  When you’re young, you’re supposed to be able to work hard for what you want.  You build up your income.  You further yourself so you can retire and have peace of mind.  It’s hard to -- I can’t fathom now how can you be excited in your youth when you have to save, save, save just to protect yourself health insurance-wise when you reach our age.

THE PRESIDENT:  Let me ask you a question, though.  I mean, because you said you’re worried about my health reform bill, and the nurse said, here’s what you have to look forward to.  Is your mom on Medicare?

THE PRESIDENT:  So there’s nothing in our health reform bill that is going to impact whether your mom can get heart surgery if she needed it.  We didn’t change the core Medicare program.  So unless there’s something specific that you’re worried about --

THE PRESIDENT:  No, no, I understand.

THE PRESIDENT:  All right, so if you’re not on Medicare --

THE PRESIDENT:  And do you have health insurance?

THE PRESIDENT:  So there’s nothing in the bill that says you have to change the health insurance that you’ve got right now.  I just want to identify what your worry is, because I want to say you shouldn’t be worried about it.  But what is it that you think might happen to your health insurance as a consequence of health care reform?

Q    Okay, what I’m concerned about is say if my -- just say if my husband got laid off.  Say we had no health care.

Q    And then we’d get the government-run health insurance, right?  Is that what you’re saying?

THE PRESIDENT:  No, here’s the way it would work.  So let me just kind of map it out for you.  If you are already getting health insurance on your job, then that doesn’t change.  Health insurance reform was passed six months ago.  I don’t know if anybody here has gotten a letter from their employer saying you now have to go into government-run health care because we can’t provide you health insurance anymore.  I mean, that hasn’t happened, right?

The only changes we’ve made on people’s health insurance who already have it was to make it a little more secure by saying there are certain things insurance companies can’t do -- a patient’s bill of rights, basically.

So insurance companies can no longer drop your coverage when you get sick, which was happening.  Sometimes there were some insurance companies who were going through your policy when you got sick to see if you had filled out the form wrong, you hadn’t listed some infection that they might call a preexisting condition, et cetera -- a bunch of fine print that led to people not having health insurance.  So that was one thing that we said.

So there were a handful of things that we said insurance companies have to do, just as good business practices to protect consumers.  But otherwise you can stay on your employer’s health care.  So that’s if you have health insurance.

The other thing that we did was we said if you’re a lot of people who don’t have health insurance, it’s because they work for small businesses, who have trouble affording health insurance, because they’re not part of a big pool -- they’re not like a big company that has thousands of employees and they can negotiate because the insurance companies really want their business -- so what we said was let’s provide tax breaks to small businesses so they can -- they’re more likely to buy health insurance for their employees.  And right now about 4 million businesses across the country are now getting a tax break, a tax credit, if they provide health insurance for their employees, that can save them tens of thousands of dollars.  So that’s the second thing.

And the third thing we said was, okay, if you don’t have health insurance -- let’s just say your job doesn’t offer you health insurance, or you lose your job -- then what we’re going to set up is what’s called an exchange, which is basically a big pool -- you become part of this big group of people, just like as if you were working for a big company or a big university like Drake.  You become part of this pool, and you’ll be able to buy your own insurance through this pool, but the rates will be lower and you’ll get a better deal because you’ve got the bargaining power of these thousands or millions of people who you’re buying it with.  You’ll still have a choice of plans.  You’ll have a choice of BlueCross or you’ll have a choice of this plan or that plan, but you’ll be buying it through a pool.  And if you can’t afford it, then we’ll provide you some subsidies to see if we can help you buy it, so make it affordable.

So that’s essentially what health reform is about.  Now, what that means is, is that you’re not going to be forced to buy a “government-run” health care plan.  The only thing that we have said is, is that if you can afford to get health care and you’re not getting health care, well, that’s a problem because that means when you get sick and you have to go the emergency room, everybody else here has to pay for it.  And that’s not fair.

So we’ve said if you can afford to get health care, we’re going to make sure that you can afford it, but you’ve got to have some basic coverage so that we’re not subsidizing -- everybody else isn’t paying an extra thousand dollars on their premiums to cover you. 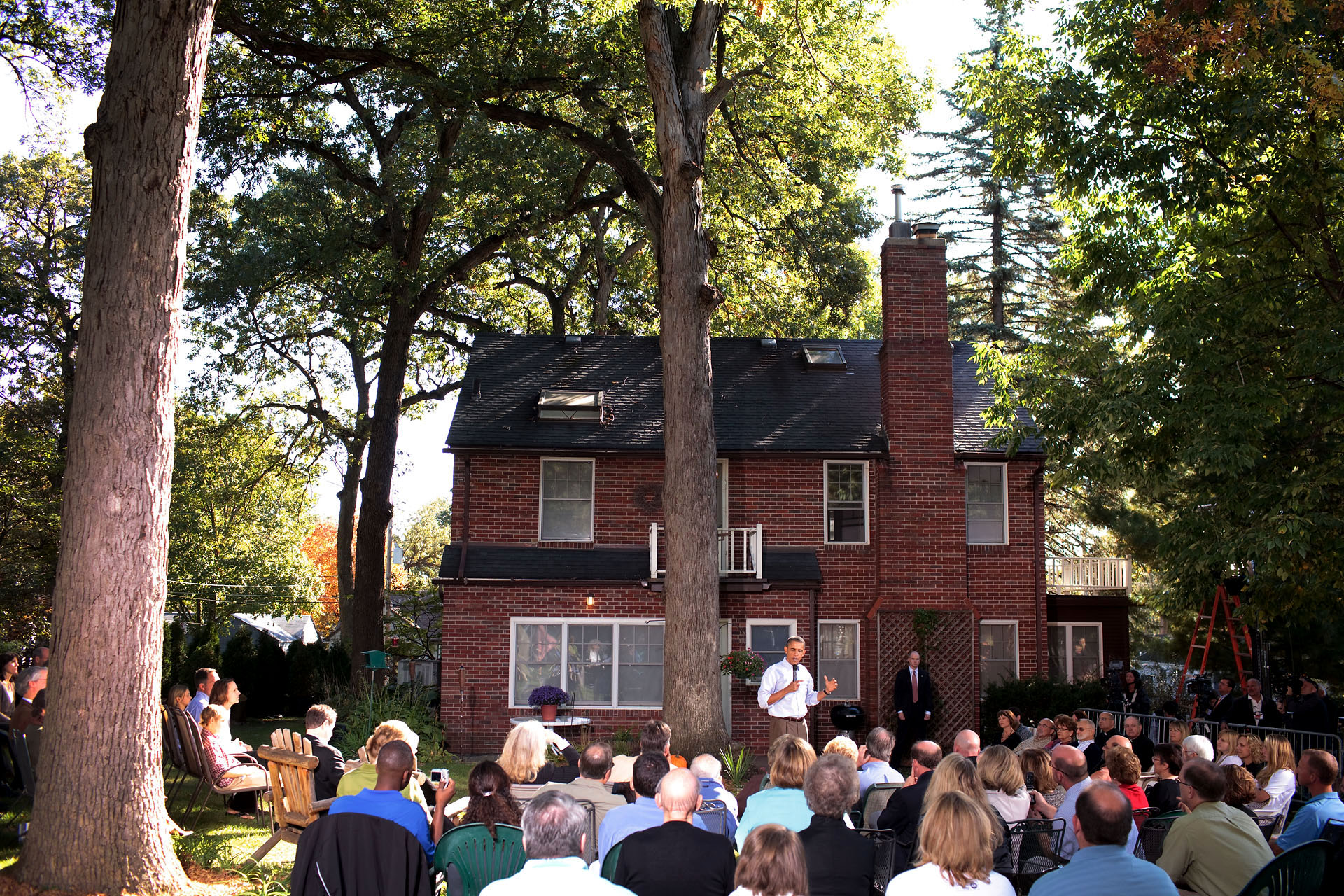 President Barack Obama holds a discussion on the economy with neighborhood families in the backyard of Jeff and Sandy Clubb's home in Des Moines, Iowa September 29, 2010. (Official White House Photo by Chuck Kennedy) 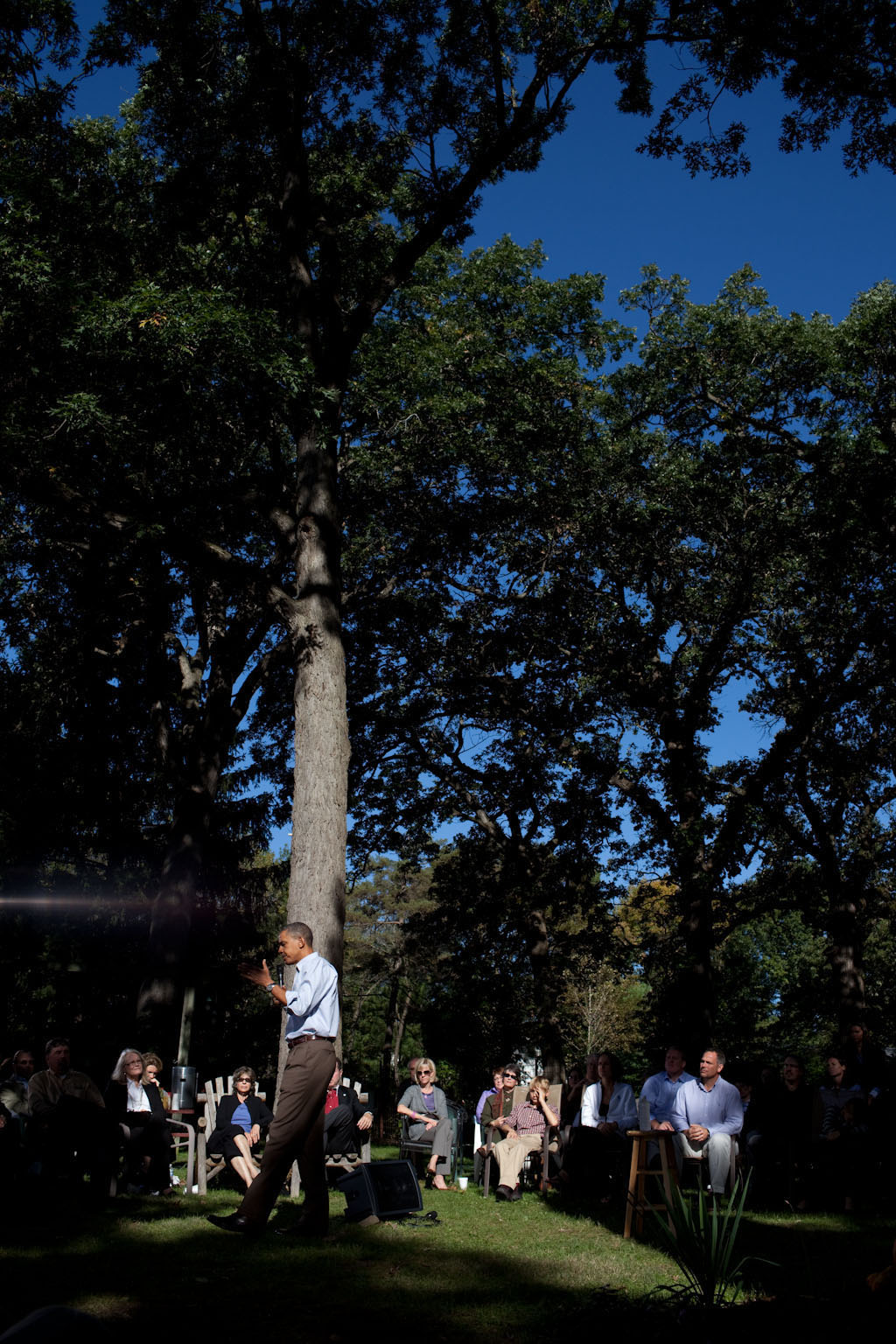 President Barack Obama holds a discussion on the economy with neighborhood families in the backyard of Jeff and Sandy Clubb's home in Des Moines, Iowa September 29, 2010. (Official White House Photo by Pete Souza)