America’s Best Kept Secret: At the first ever White House Summit on Community Colleges, Dr. Jill Biden and President Obama emphasize the importance of providing all students access to a quality higher education. Not to be missed: A video featuring community college grads, including Transportation Secretary Ray LaHood and, yes, even Billy Crystal. http://wh.gov/3D4

Notable Number: 64,000. More on the employment situation in September: http://wh.gov/3bc

Approved: One week after President Obama signed the Small Business Jobs Act, nearly 2,000 small business owners who had been waiting for loans are approved and will soon have loan funds – totaling nearly $1 billion – in hand. http://wh.gov/3YQ

The White House Goes Solar: As we move toward a clean energy economy, the White House is leading by example. Energy Secretary Chu announces, “by the end of this spring, there will be solar panels and a solar hot water heater on the roof of the White House.” http://huff.to/c7sZtb

Video: Elizabeth Warren, who’s standing up the Consumer Financial Protection Bureau, talks transparency on PBS news hour, “This is about making sure that families have the power to make good decisions, that they can see the contracts, they can see what the stuff costs, and they can get a competitive market to start working for them.” http://to.pbs.org/aAgCYP

Favorite photo: A curtsey in the Oval. 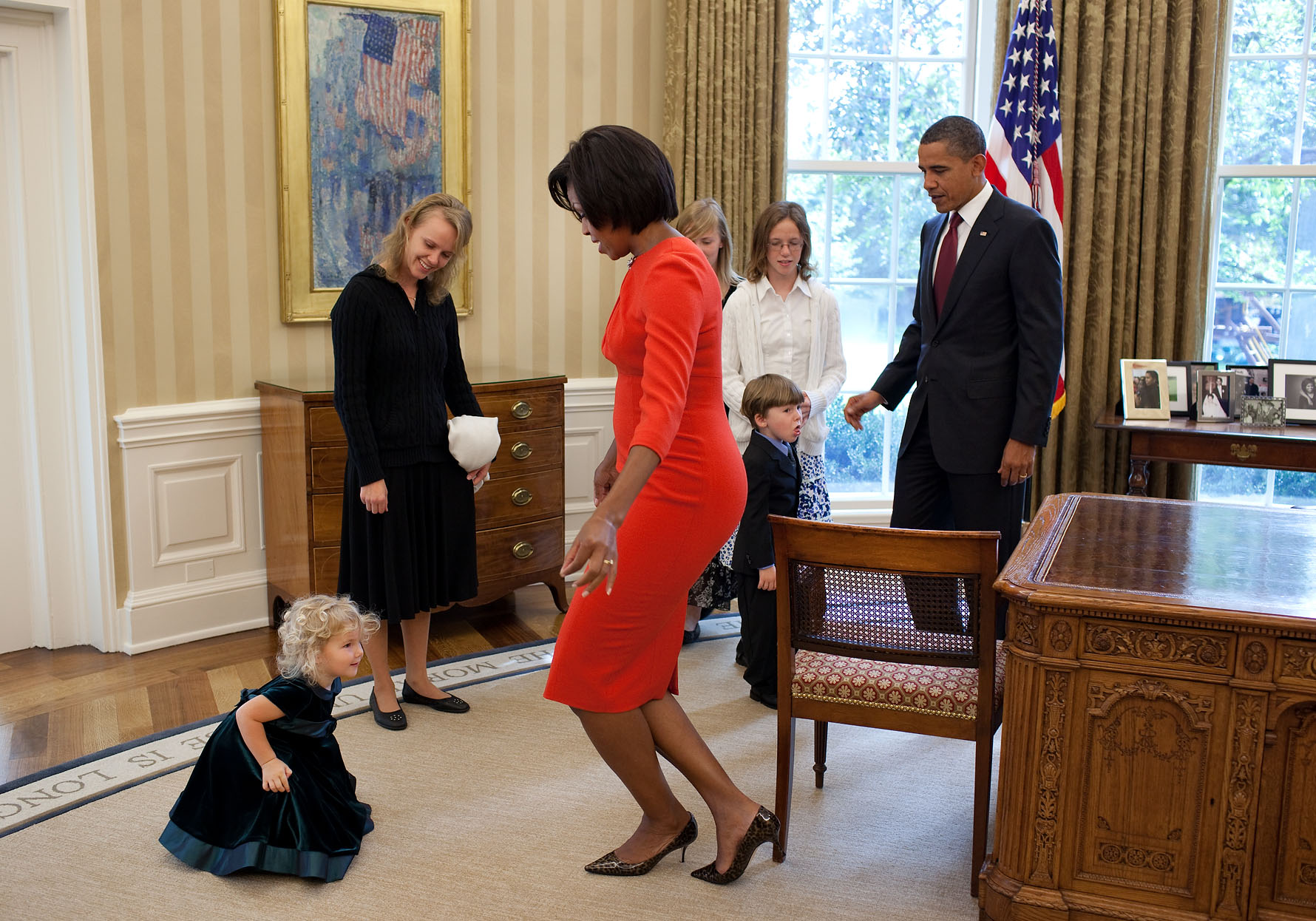 Lynne Silosky, a niece of Staff Sergeant Robert J. Miller, curtsies with First Lady Michelle Obama during a meeting with Miller’s family in the Oval Office, Oct. 6, 2010. Later, during a ceremony in the East Room of the White House, President Barack Obama awarded Staff Sergeant Miller the Medal of Honor posthumously for his heroic actions in Afghanistan. (Official White House Photo by Pete Souza)