The President on Infrastructure Investment: "This is Work That Needs to Be Done. There Are Workers Who Are Ready to Do It."

October 11, 2010 at 11:56 AM ET by Jesse Lee
Twitter Facebook Email
Summary:
After meeting with some of his Cabinet secretaries, along with a bipartisan group of former secretaries of Transportation, mayors and governors who have come together in support of infrastructure investment, the President explains how it can put Americans back to work rebuilding our country.
[[nid:21954]]

During tough economic times, one of the toughest jobs to hold is as a construction worker.  In almost any city or town in America, you're likely to see buildings, projects, or roads left half-done after investments made by private enterprise or state and local governments based on expectations of a brighter economic future dried up.

Meanwhile, there is a near-universal consensus that America's infrastructure is both falling apart and lagging behind as our competitors move forward on the next generation of transportation.  That's part of why a new report from the Council of Economic Advisers and the Treasury Department (pdf) encourages a bold new plan to invest, finding that infrastructure projects have a high bang for the buck because construction costs are low due to underutilized resources, and that these investments would create jobs in sectors of the economy suffering from some of the highest levels of unemployment.  The Recovery Act already created hundreds of thousands of jobs this way, but there is more than enough left to do. 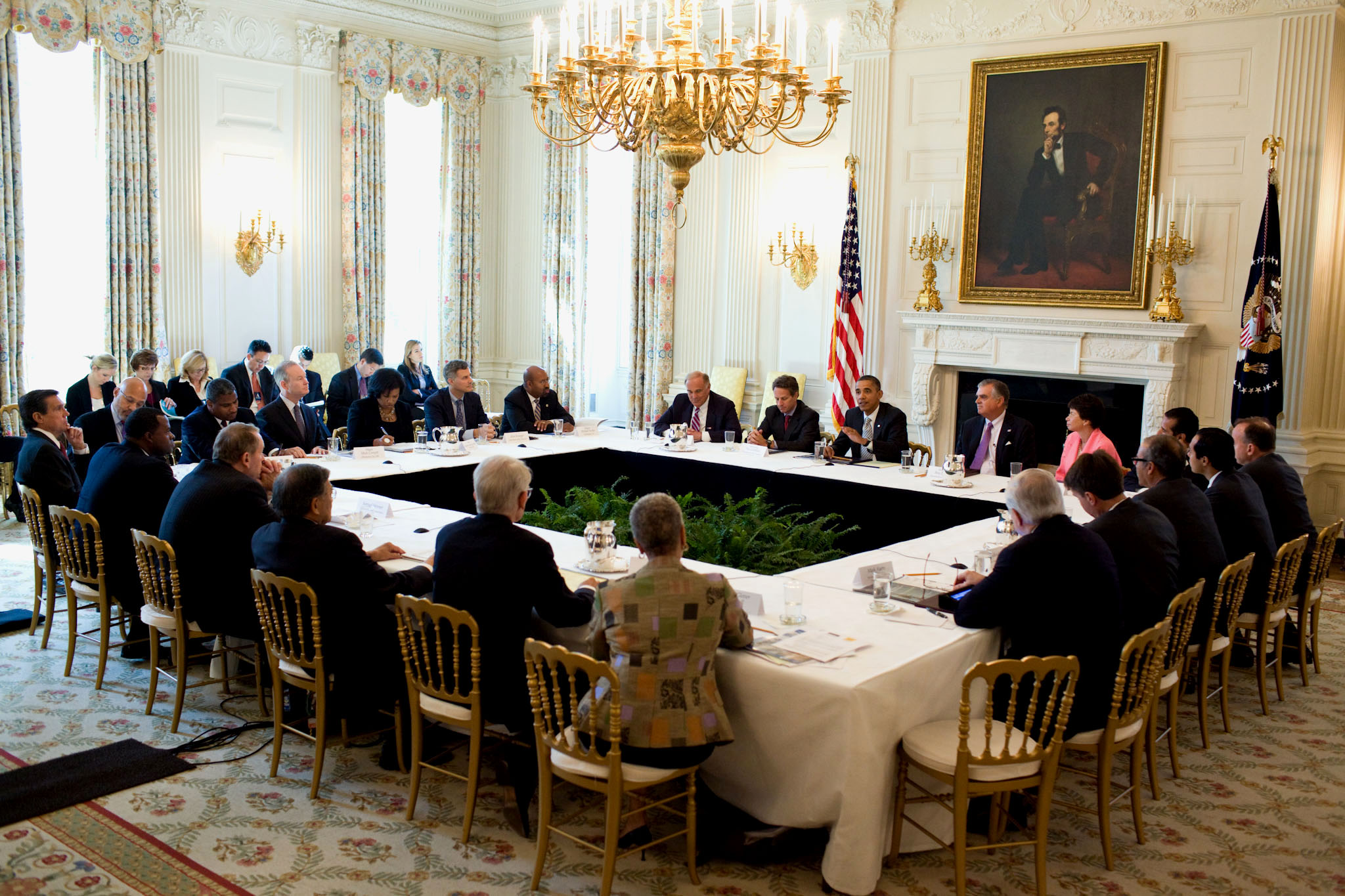 After meeting with some of his Cabinet secretaries, along with a bipartisan group of former secretaries of Transportation, mayors and governors who have come together in support of infrastructure investment, the President spoke both on the depth of the problem and value of the solution.

For years, we have deferred tough decisions, and today, our aging system of highways and byways, air routes and rail lines hinder our economic growth.  Today, the average American household is forced to spend more on transportation each year than food.  Our roads, clogged with traffic, cost us $80 billion a year in lost productivity and wasted fuel.  Our airports, choked with passengers, cost nearly $10 billion a year in productivity losses from flight delays.  And in some cases, our crumbling infrastructure costs American lives.  It should not take another collapsing bridge or failing levee to shock us into action.

So we’re already paying for our failure to act.  And what’s more, the longer our infrastructure erodes, the deeper our competitive edge erodes.  Other nations understand this.  They are going all-in.  Today, as a percentage of GDP, we invest less than half of what Russia does in their infrastructure, less than one-third of what Western Europe does.  Right now, China’s building hundreds of thousands of miles of new roads.  Over the next 10 years, it plans to build dozens of new airports.  Over the next 20, it could build as many as 170 new mass transit systems.  Everywhere else, they’re thinking big.  They’re creating jobs today, but they’re also playing to win tomorrow.  So the bottom line is our shortsightedness has come due.  We can no longer afford to sit still.

By investing in these projects, we’ve already created hundreds of thousands of jobs.  But the fact remains that nearly one in five construction workers is still unemployed and needs a job.  And that makes absolutely no sense at a time when there is so much of America that needs rebuilding.

So that’s why, last month, I announced a new plan for upgrading America’s roads, rails and runways for the long-term.  Over the next six years, we will rebuild 150,000 miles of our roads -- enough to circle the world six times.  We will lay and maintain 4,000 miles of our railways -- enough to stretch from coast to coast.  And we will restore 150 miles of runways and advance a next generation air-traffic control system that reduces delays for the American people.

This plan will be fully paid for.  It will not add to our deficit over time.  And we are going to work with Congress to see to that.  It will establish an infrastructure bank to leverage federal dollars and focus on the smartest investments.  We want to cut waste and bureaucracy by consolidating and collapsing more than 100 different, often duplicative programs.  And it will change the way Washington works by reforming the federal government’s patchwork approach of funding and maintaining our infrastructure.  We’ve got to focus less on wasteful earmarks, outdated formulas.  We’ve got to focus more on competition and innovation; less on shortsighted political priorities, and more on our national economic priorities.

So investing in our infrastructure is something that members of both political parties have always supported.  It’s something that groups ranging from the Chamber of Commerce to the AFL-CIO support today.  And by making these investments across the country, we won’t just make our economy run better over the long haul -- we will create good, middle-class jobs right now.

Figure 1 from the CEA/ Treasury report, "Average Household Expenditures, 2008," is below. It speaks volumes: 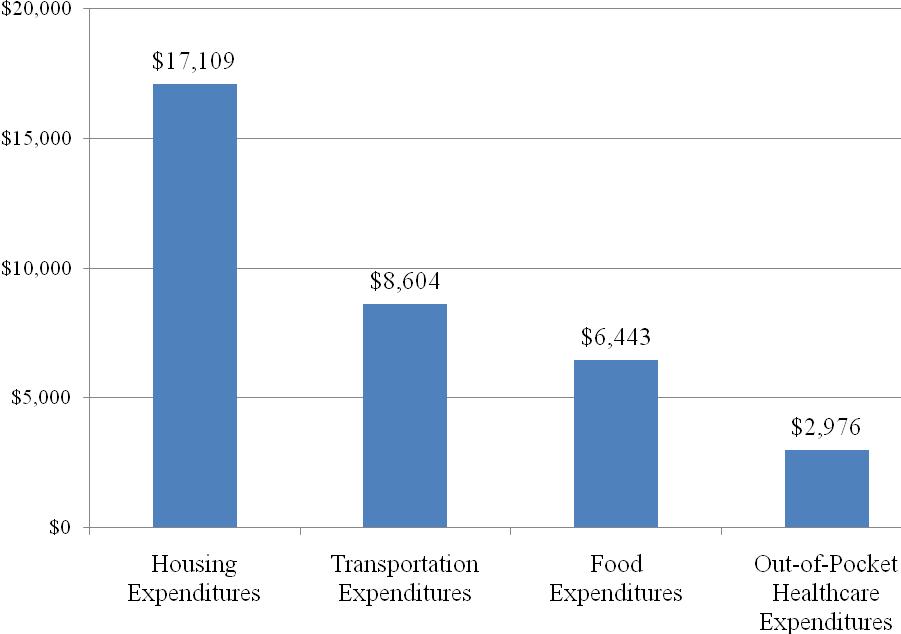