October 14, 2010 at 12:38 PM ET by Ken Salazar
Twitter Facebook Email
Summary:
Secretary of the Interior Ken Salazar reflects on the large-scale solar projects on public lands that have been approved in the past two weeks that are expected to produce nearly 1200 megawatts of power. 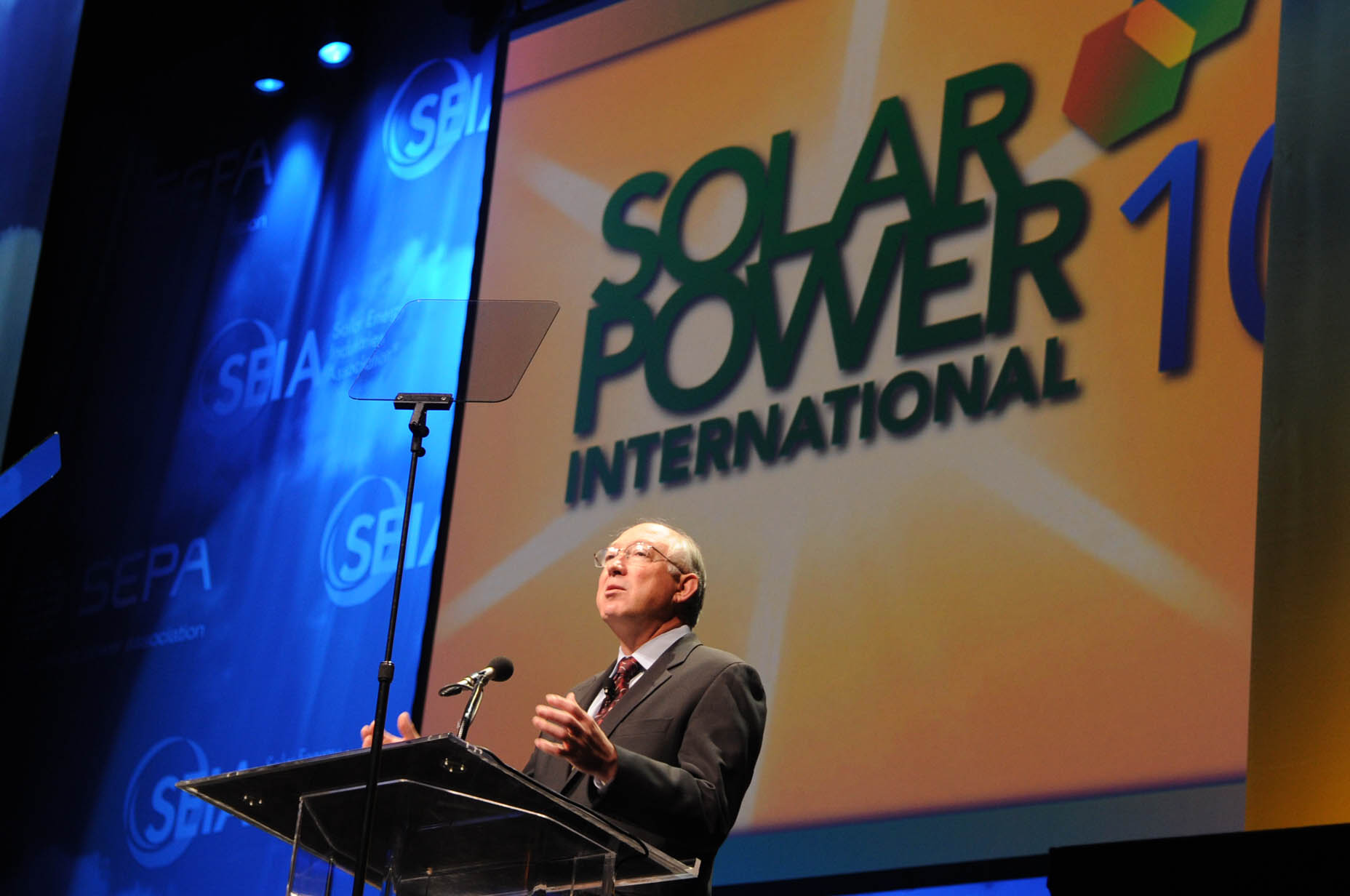 Yesterday, I spoke at the Solar Power International Conference in Los Angeles, California. Being at the largest solar conference in North America gives you a real sense of possibility and promise. The pace at which these technologies are advancing is truly remarkable.

Just look at the large-scale solar projects we at the Department of the Interior have approved for construction in the past two weeks alone. They are the firsts of their kind on public lands and some will be among the largest solar projects in the world.

In Imperial County, California, we've approved Tessera Solar's 709-megawatt solar project. This project will create more than 900 jobs, and it will be the first to make use of SunCatcher technology on public lands.

Also in California, we have approved the 370-megawatt Ivanpah solar project by BrightSource Energy. Ivanpah, which will create more than 1,000 jobs during peak construction and another 100 in operations and maintenance, will be the first solar project on public lands to use "power tower" technology.

And yesterday, I signed off on the first large-scale solar project ever to be approved for construction on public lands in Nevada. That project is the Silver State Solar Project by First Solar. It will supply more than 15,000 homes in Clark County, Nevada, with renewable power.

Combined, the four projects add up to nearly 1200 megawatts of power. That's 1200 more than have ever been built on public lands before.

These projects are milestones in our energy future. They show what great strides we are making through innovation and technology. And they reflect President Obama's focus and commitment to standing up America's renewable energy economy.

The Department of the Interior is resolute and determined to secure a safer, more sustainable energy future for our nation.

So while there is much more to accomplish, let us take stock of how much we have already accomplished. Let's celebrate the first solar projects approved for construction on public lands, which will create thousands of jobs and help secure our nations path to a clean energy future.