October 19, 2010 at 11:59 AM ET by Luis Miranda
Twitter Facebook Email
Summary:
President Obama signs an Executive Order to renew and enhance the White House Initiative on Educational Excellence for Hispanics.

In a ceremony in the East Room today, President Obama will sign an Executive Order to renew and enhance the White House Initiative on Educational Excellence for Hispanics so that it better serves communities across the country by engaging them in the process of improving the education of Latino students, who represent 1 of every 5 students in our nation’s schools.

The new Executive Order is based on feedback gathered by the Initiative in more than 100 community conversations across the country with experts in education, community leaders from more than 30 states, the District of Columbia and Puerto Rico, and from comments from more than 10,000 Americans on how to develop real solutions to the challenges confronting the Hispanic community in education.

The signing ceremony follows a National Education Summit and Call to Action hosted by the U.S. Department of Education that began on Monday and brought together experts and community leaders from around the country on issues ranging from early childhood learning to higher education.

Watch parties are also being held nationwide. Watch at 1:50 by going to WhiteHouse.gov/live and clicking on the link on the right.

UPDATE: The President has now signed the Executive Order, read it in full, or watch the video and see a photo below: 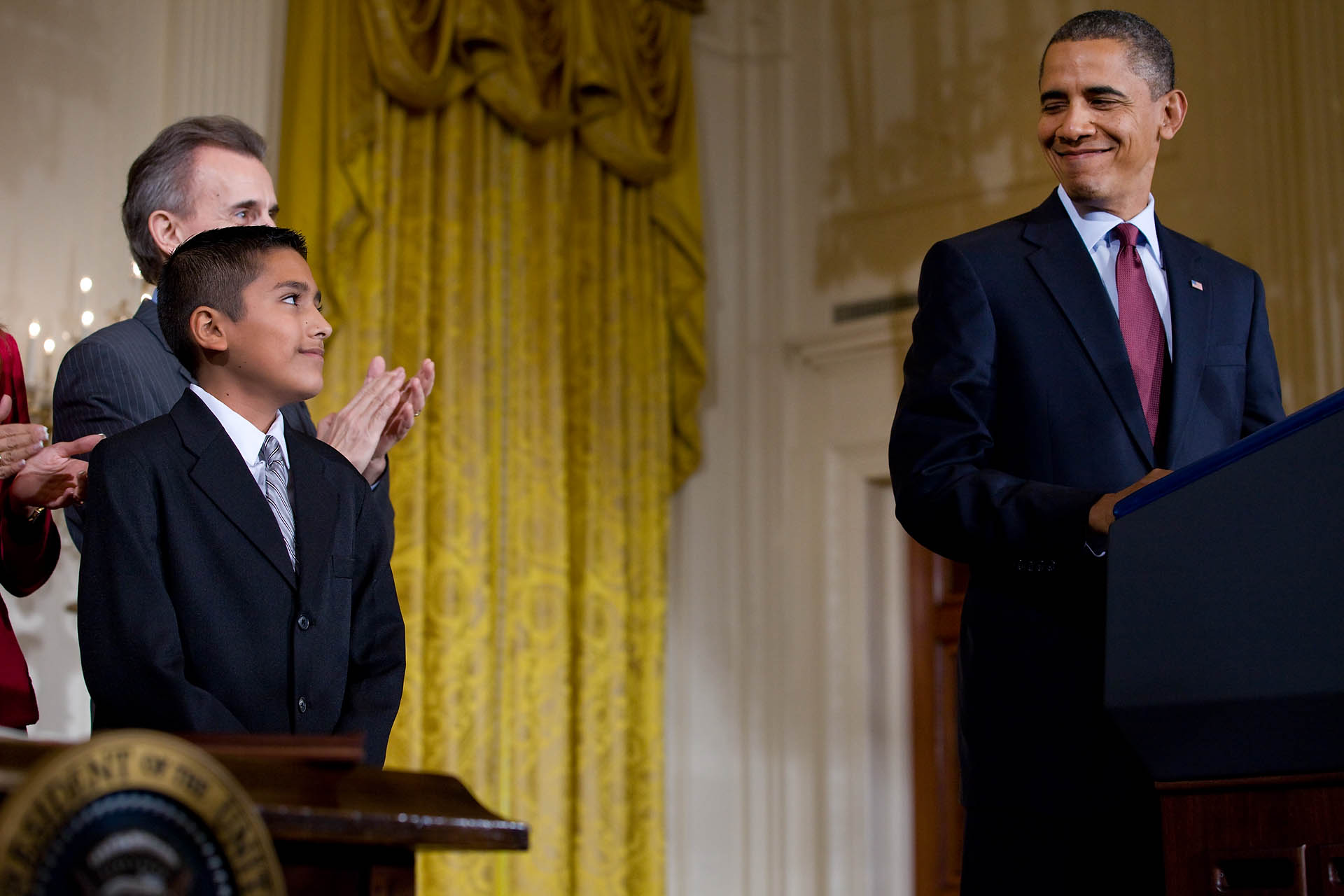 President Barack Obama looks over to Javier Garcia of Brownsville, Texas, after Garcia introduced him at the signing ceremony for the Executive Order on Educational Excellence for Hispanic Americans in the East Room of the White House, October 19, 2010. (Official White House Photo by Samantha Appleton)