President Obama Talks to American Women on the Economy: The People Behind the Report

October 21, 2010 at 6:17 PM ET by Jesse Lee
Twitter Facebook Email
Summary:
The President takes some time in a backyard in Seattle, Washington to talk with women who are moving forward in every sector of our economy.

The report out this morning on how the Administration has worked to ensure economic stability for women as part of our economic recovery and America’s new economic foundation was well worth a read.  So was the blog post discussing it from Senior Adviser Valerie Jarrett.  But as powerful as the statistics are, there’s nothing like hearing it first-hand.

That’s why the President took some time in a backyard in Seattle, Washington to talk with women who are moving forward in every sector of our economy.  From teachers who have been able to give their students just a little more because of the President’s investments in education, to clean energy entrepreneurs who got a boost from the Recovery Act to help them get going, to a woman who was making money the old fashioned way – cupcakes:

THE PRESIDENT: ...Now, next we’ve got Jody Hall, who is the owner of Cupcake Royale.  I don’t know if she brought any samples.  (Laughter.)  But just in case any of you are hungry, you might want to pay attention here.

MS. HALL:  Well, thank you so much.  It’s such an honor to be here.  My business is called Cupcake Royale, and I did bring some samples.  But you have some fierce security, so somebody might be enjoying them --

THE PRESIDENT:  I suspect Secret Service confiscated them and are now eating them as we speak.  (Laughter.)

MS. HALL:  I see Duncan with a little bit of frosting on his -- (laughter.)  So, yes, I did bring you some treats for the First Family as well, because everybody loves cupcakes.

But -- so I started my business in 2003.  We were actually the first cupcake bakery that I know of that opened outside of Manhattan.  And so it was a risky move.  I came from corporate America and grew up there and decided to kind of spread my wings and give it a try.  And we did really well.

We now have five retail locations in the Puget Sound area.  We have a thriving wholesale business.  We employ 85 people.  And we provide health care for people who work 30 hours or more.  And I’m also a mother as well as being a business owner, and my partner, Kelly, and I have a son named Truman, and he’s a year -- I’m sorry, 18 months.  Nervous sitting here, you guys.  (Laughter.)

So I guess the first thing I want to say is, just very quickly, I worked very hard with Senator Murray to pass and fight for small businesses for health care legislation reform, and you guys passed that, and I just have great respect for that.  There is not one small business owner that I know in the city of Seattle that I connect with that isn’t looking forward to the implementation of the exchanges to reduce costs and bring higher-quality insurance to small businesses.  We need that.  So thank you.  Just have to say that.

MS. HALL:  Patty was a great leader and took a very early start in the Senate, and obviously Congressman McDermott as well.  So that said, I also worked with the government to help me with my business.  A year and a half ago, I had the opportunity to buy our fourth retail location in Capitol Hill.  We were able to open a bakery and a café there.  And it allowed us to really grow our business.  I did this through the SBA 504 loan, so I was able to purchase a building in Capitol Hill in one of the hottest spots in the city.  I was only -- I only had to put down 10 percent versus if I walked into a bank probably 25 or 30 percent for somebody in my position and length of business and that kind of thing.

So I put 10 percent down.  I was able to lock in a rate for 20 years that’s really favorable, and grow a business that added 15 jobs when we did that.  As well, we had this huge new bakery, so we could grow a thriving wholesale business.  In fact, we just added University of Washington to our wholesale accounts along with a few other strategic players like Metropolitan Market and things like that.  So we started growing -- with the momentum of this loan, grew this wholesale business.  And then beyond that, just a month ago, we opened our fifth retail location, which is crazy, over the lake in Bellevue, and with that, we added another 15 jobs.  So in the last 18 months, starting with this loan, we’ve been able to add 30 jobs.  And I’m very proud of that.

And that, plus adding the Salted Caramel the day you were inaugurated, has really helped our business to thrive.  (Laughter.)  I hear you’re a big fan of salted caramel.

THE PRESIDENT:  Wonderful.  Well, thank you so much.  This is a wonderful story, Jody.  And I just wanted to underscore something:  Women-owned businesses have grown significantly faster than small businesses overall.  But one of the challenges still ends up being financing.

And one of the things that the Small Business Administration has done really well is that they are three times more likely to provide loans to women-owned businesses than regular banks have been.  And so the story that you told about being able to access financing, for what obviously is a great product and a great business model, is something that we want to continue to emphasize.

We had a big fight, some of you may remember, about a month, month and a half ago, where for six months we’d been advocating getting more financing to small businesses through the SBA and other mechanisms, as well as cutting taxes on small businesses.  We finally were able to get that through the Senate thanks to the hard work of folks like Patty.  And that means that there are going to be companies like yours all across the country that are really going to be able to benefit.

And I’m really looking forward to trying your cupcakes.  (Laughter.) 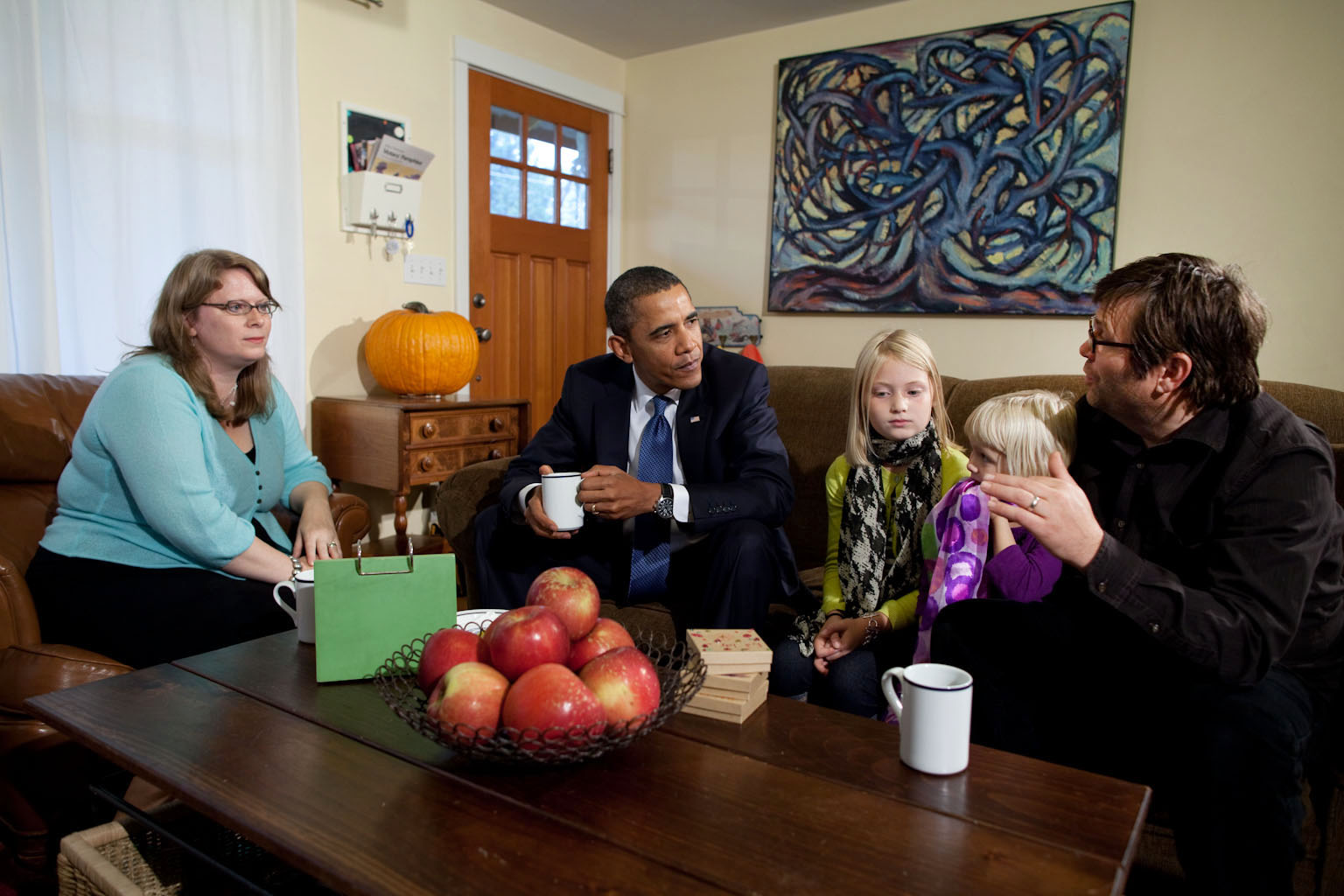