Celebrating Science and Engineering on the National Mall

After joining President Obama in welcoming students to the White House Science Fair last Monday, OSTP Director John P. Holdren spent Saturday morning with fellow OSTP staffers and an estimated half-a-million other visitors on the National Mall, reveling in the USA Science and Engineering Festival. Under beautiful blue skies, science, mathematics, and engineering literally had their day in the sun, with more than 1,000 displays and demonstrations that educated, entertained, and inspired children and adults alike.

Within minutes of our arrival at the Festival we came upon a familiar figure: Thomas Alva Edison, or at least a close facsimile, in the person of Frank Attwood, an Orlando-based self-described “actorpreneur.” Toting a tattered brown briefcase and with an ancient phonograph in tow, Attwood was buttonholing visitors and regaling them with tales of the all-American inventor, who so personified the kind of innovation that today continues to undergird our Nation’s social and economic strength.

The displays and hands-on activities that covered the Mall—and filled other parts of downtown DC—were themselves great examples of pedagogical ingenuity.

The Festival also provided fertile ground for that most American outlet of ingenuity: T-shirt designs. Among those we spotted: “Got Microbes?” (American Society for Microbiology); “Molecular Biology: All the Cool Kids are Doing It!” (Princeton University); and “Who Needs Statisticians?” (with, of course, a long list of people and professions that do, including “oceanographers, lawyers, and kings” to name just a few from that T-shirt’s fine print).

Of course, there is nothing like old-fashioned human star-power to get the next generation of scientists and engineers excited, which explains why some of the longest lines on the Mall were populated by youngsters seeking autographs from astronaut John Grunsfeld, “the Hubble-repairman”, and television’s “Bill Nye the Science Guy.”

Speaking of star power, President Obama himself gave the Festival a shout out, both at the White House Science Fair last week and in a video embedded in the Festival’s web site. “I hope you have fun exploring this festival,” the President said in his taped remarks.

Well, we sure did. All in all, it was a weekend that would have made Thomas Edison proud.

Check out photos from the festival, captured by OSTP's Phil Larson, below: 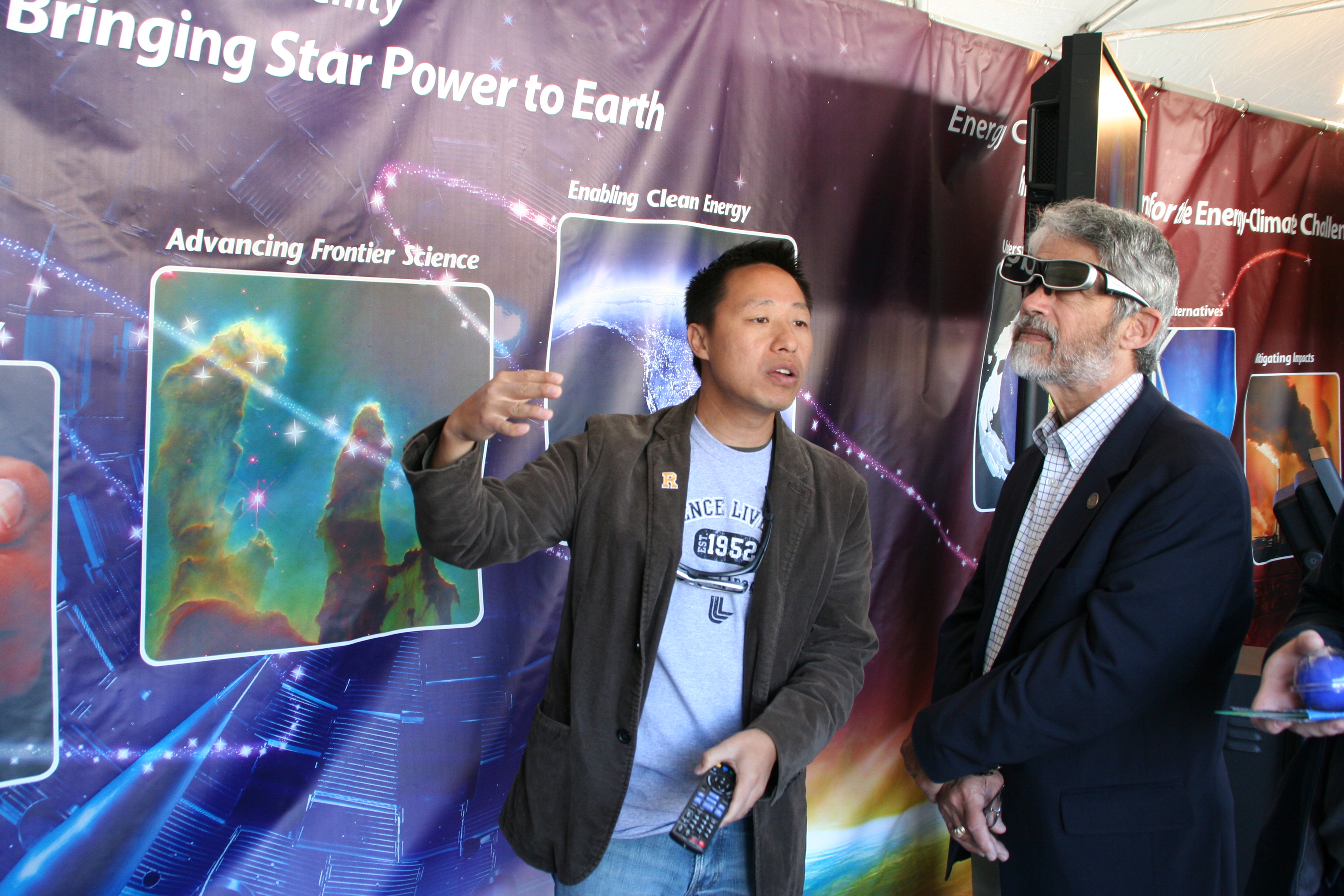 Dr. Holdren dons 3-D glasses in order to get the full effect of the Lawrence Livermore National Laboratory movie about how its National Ignition Facility hopes to harness the power of fusion energy. 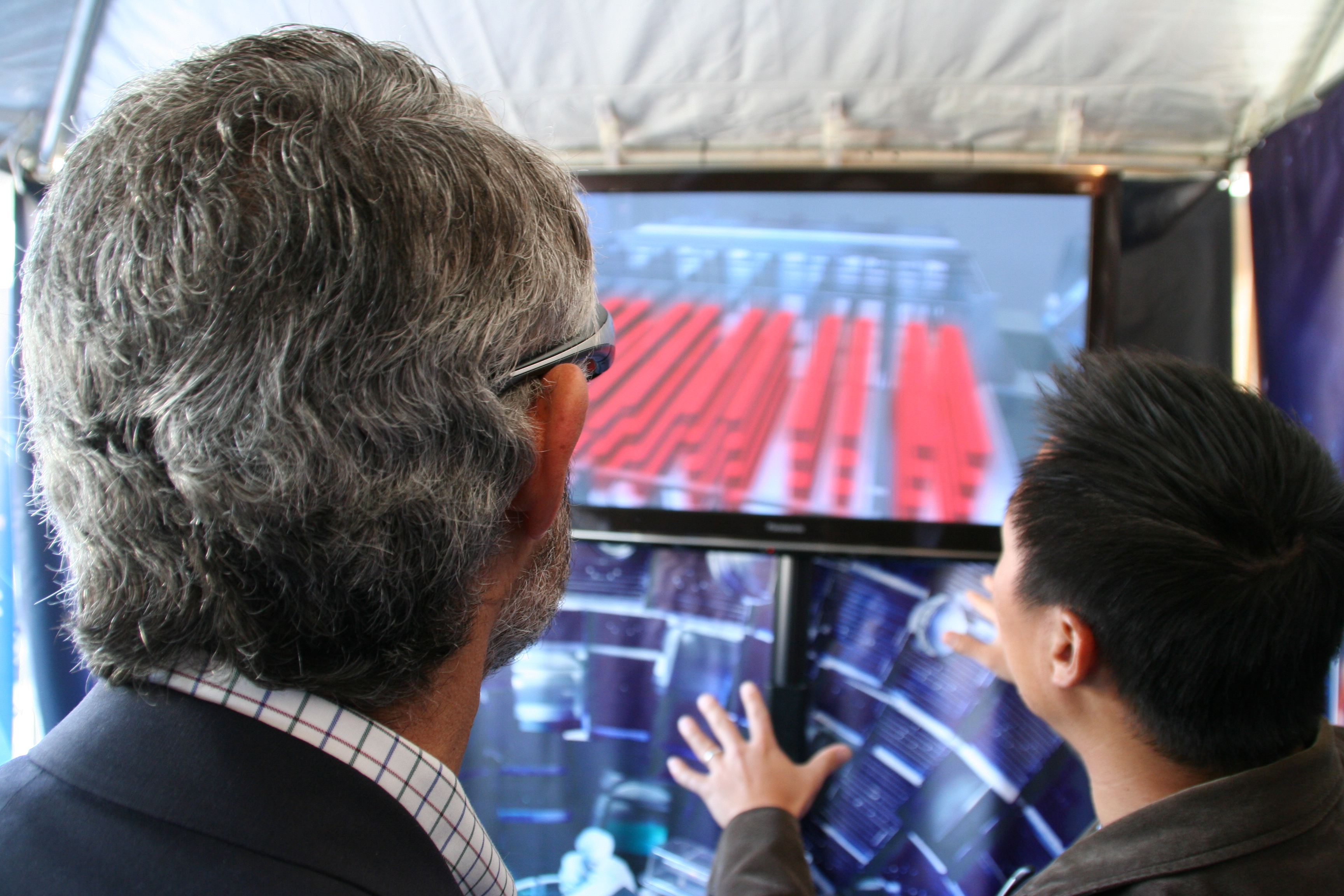 An employee of Lawrence Livermore National Laboratory explains to Dr. Holdren what the 3-D movie is depicting during the USA Science and Engineering Festival on Saturday. 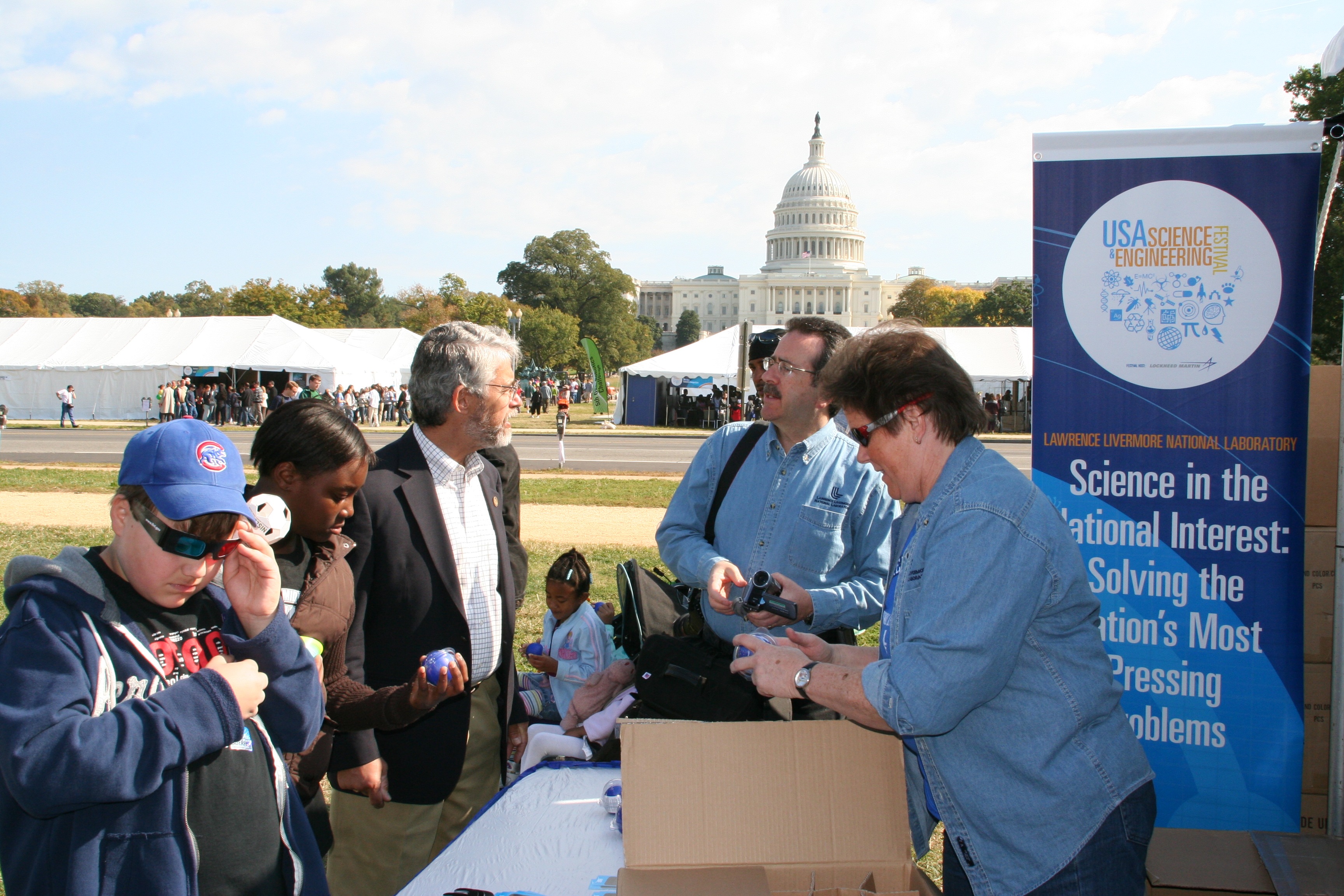 An estimated half-a-million visitors experienced over 1,000 displays and demonstrations during this weekend's USA Science and Engineering Festival on the National Mall. 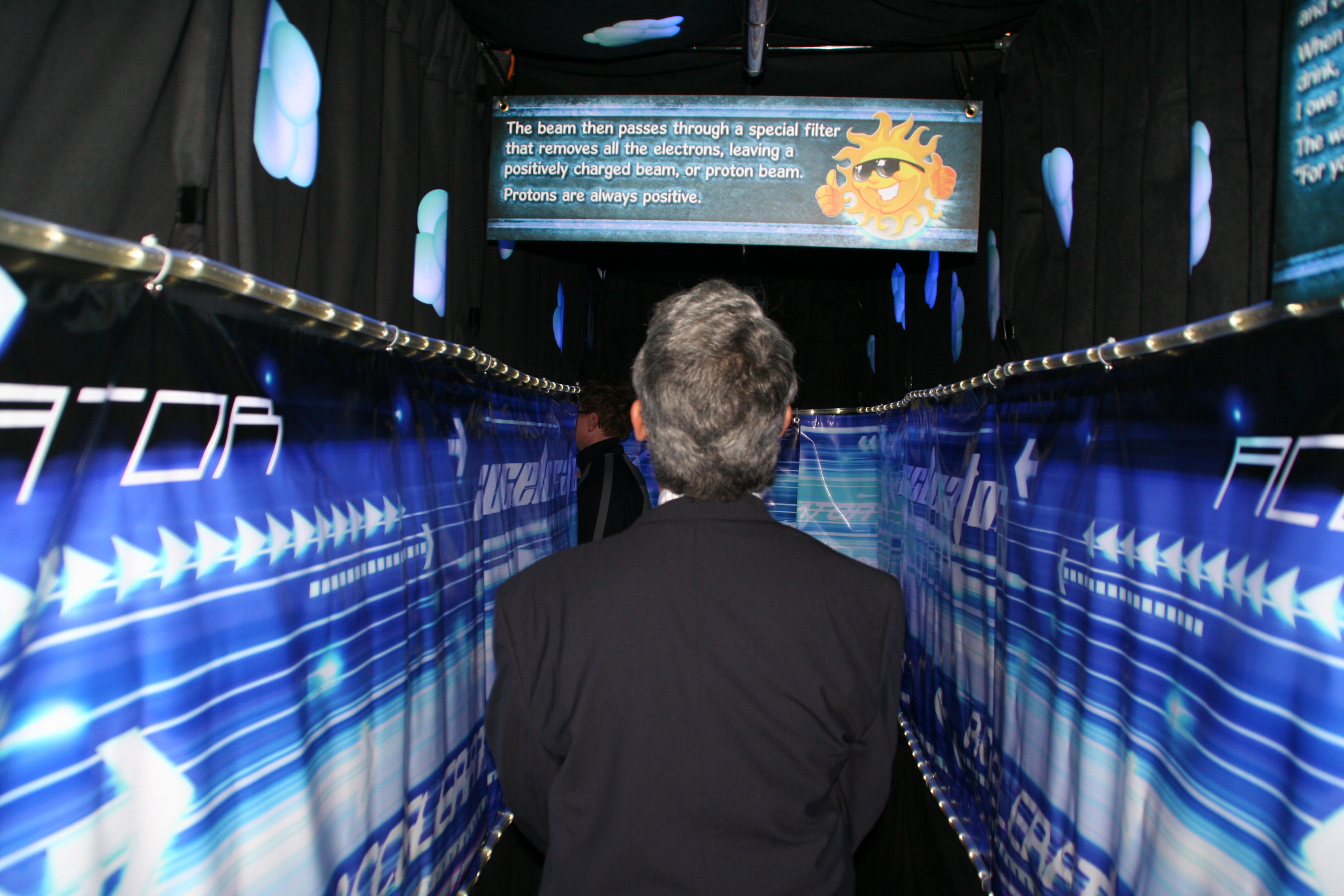 Dr. Holdren plays the part of a proton beam going through a simulated particle accelerator, which ends with a fantastic collision at the end by traveling at nearly the speed of light. 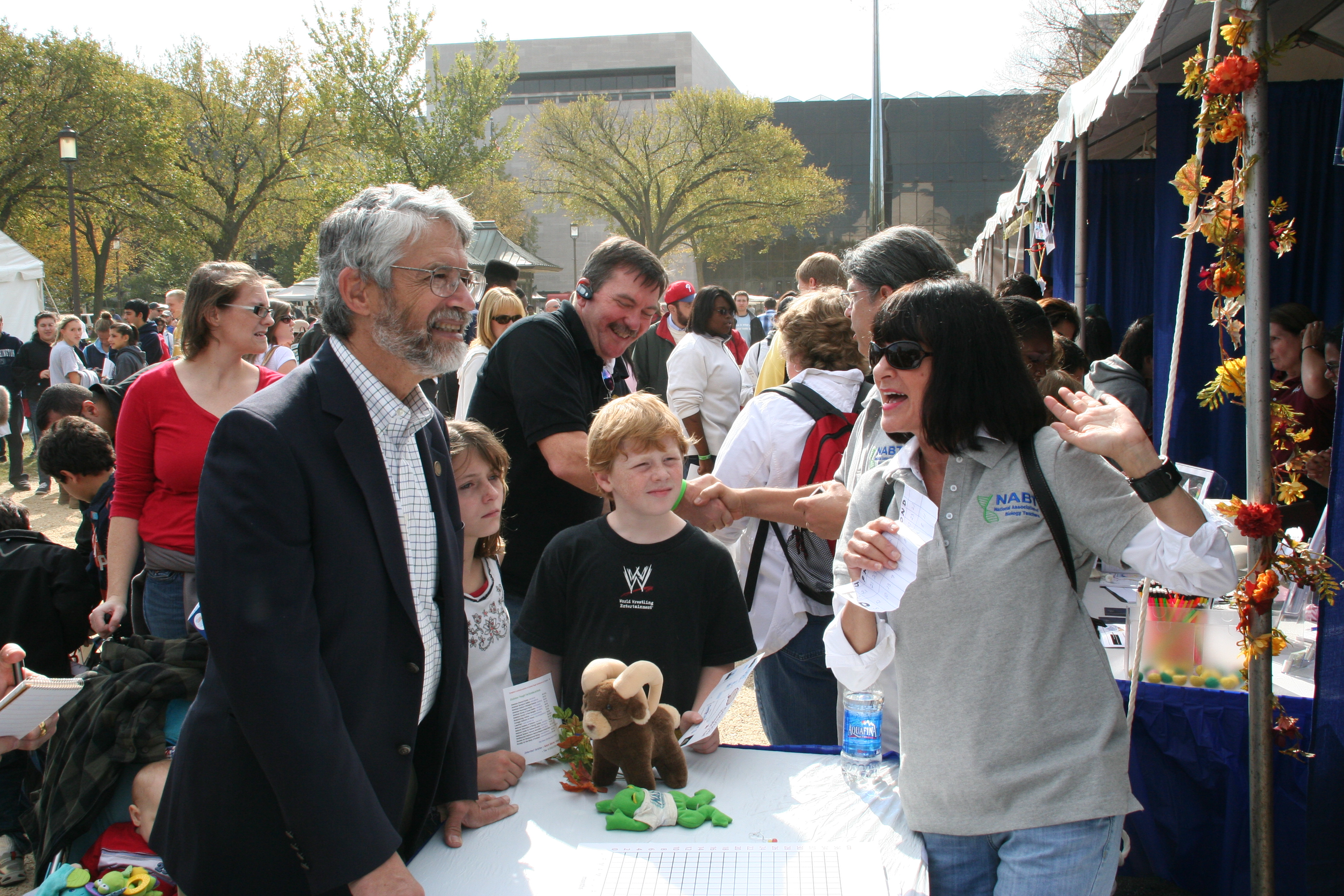