Advance Estimate of GDP for the Third Quarter of 2010

Today’s report shows that real GDP, the total amount of goods and services produced in the country, grew at a 2.0 percent annual rate in the third quarter of this year, the fifth straight quarter of positive growth.  While the economy continues to recover from the deepest recession since World War II, faster growth is needed to bring down the unemployment rate more quickly.

Some key components of GDP continued to expand in the third quarter.  Consumer expenditures on goods and services rose at an annual rate of 2.6 percent, up slightly from the second quarter.  Fixed investment (nonresidential structures, equipment and software, and housing investments) grew at an annual rate of 0.8 percent.  Business investment in equipment and software increased by 12 percent, the fourth consecutive quarter of solid growth, indicating continued expansion of investments by private firms.  Inventory investment contributed 1.4 percentage points to GDP growth, slightly less than the average in the last four quarters.   Residential investment, however, declined.

Given the depth and severity of the recession, considerable work remains before our economy is fully recovered.  Therefore, it is essential that we take the additional targeted actions that the President has recommended to further stimulate growth and job creation, such as extending tax cuts for the middle class, investing in our infrastructure, providing tax incentives to encourage businesses to invest here at home, and promoting exports abroad. 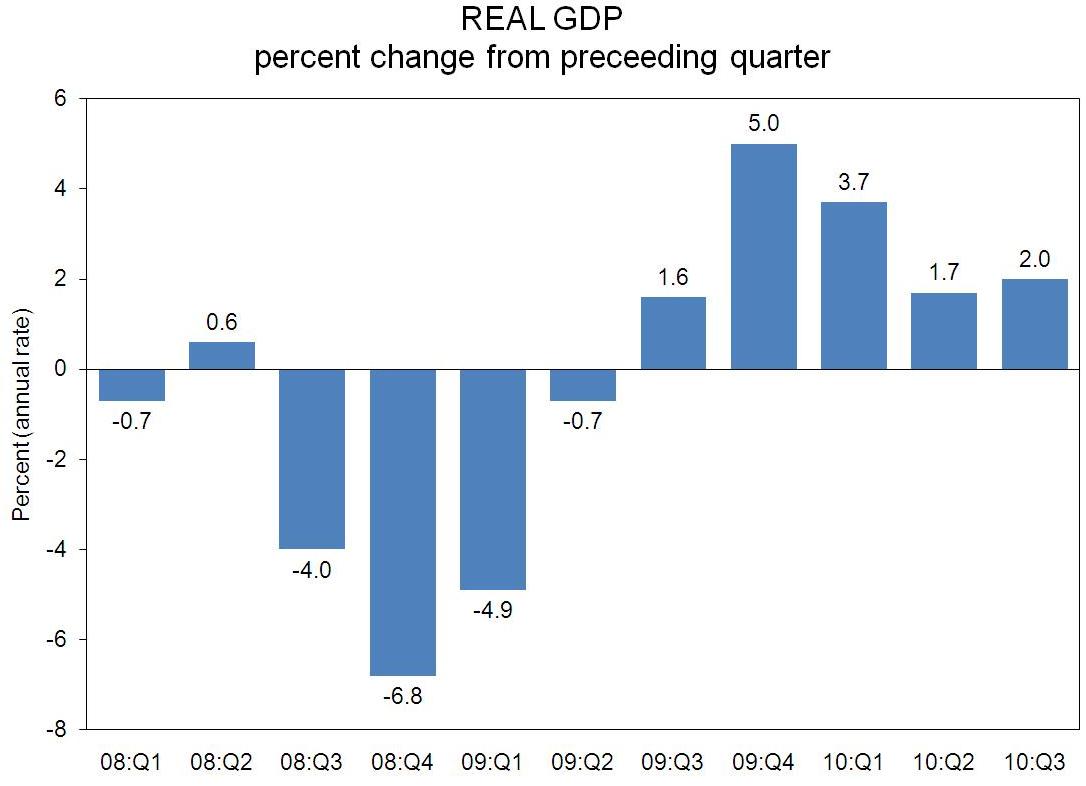