President Obama: "A Credible Terrorist Threat Against Our Country, and the Actions That We're Taking"

This afternoon President Obama spoke in the White House Briefing Room on the security situation that has been unfolding since last night:

Good afternoon, everybody.  I want to briefly update the American people on a credible terrorist threat against our country, and the actions that we're taking with our friends and our partners to respond to it.

Last night and earlier today, our intelligence and law enforcement professionals, working with our friends and allies, identified two suspicious packages bound for the United States -- specifically, two places of Jewish worship in Chicago.  Those packages had been located in Dubai and East Midlands Airport in the United Kingdom.  An initial examination of those packages has determined that they do apparently contain explosive material. 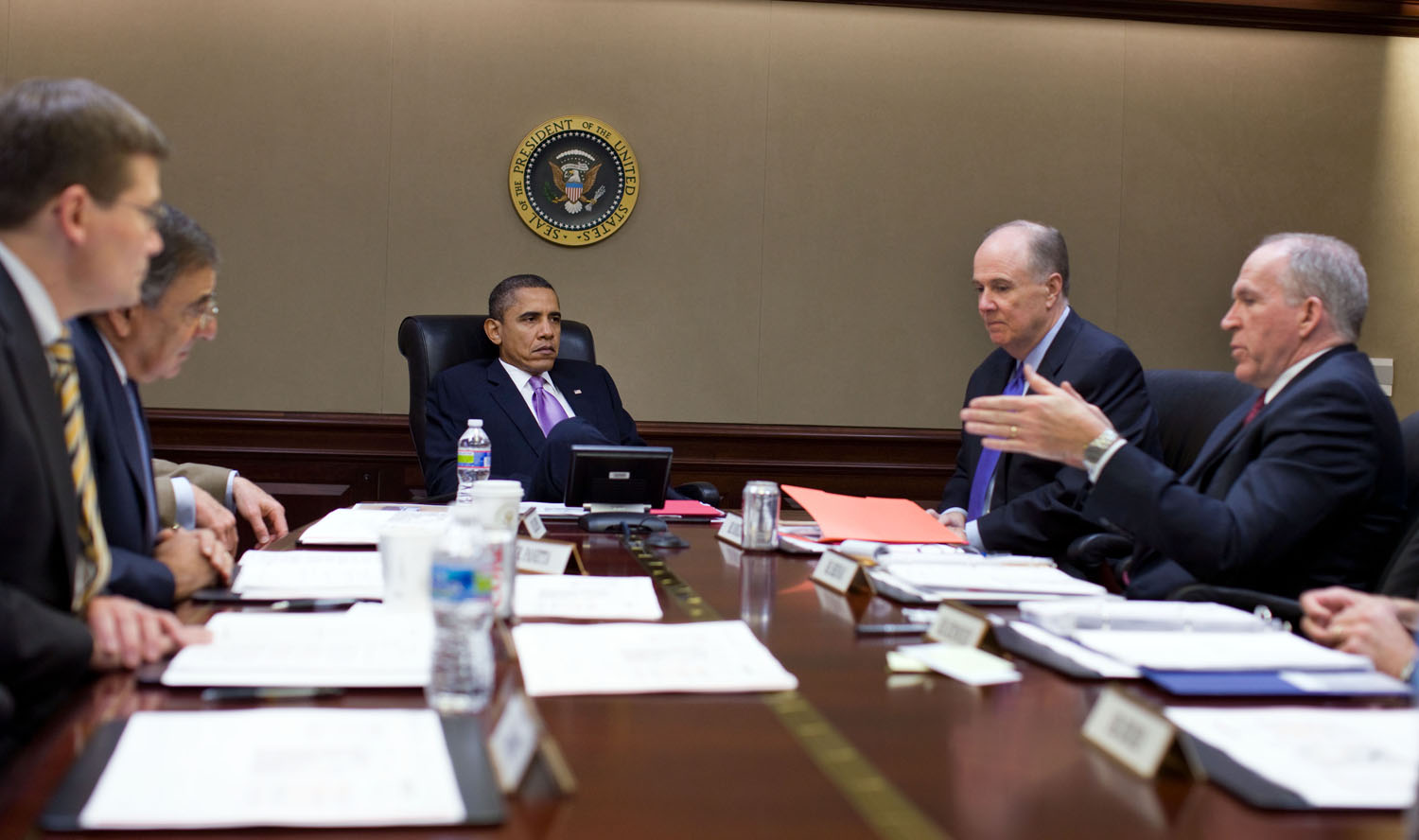 President Barack Obama is briefed by members of his national security team in the Situation Room of the White House, October 29, 2010. (Official White House Photo by Pete Souza)

Afterward, Press Secretary Robert Gibbs and Assistant to the President for Counterterrorism and Homeland Security John Brennan gave a full briefing, but the President first laid out the basic timeline of events:

I was alerted to this threat last night by my top counterterrorism advisor, John Brennan.  I directed the Department of Homeland Security and all our law enforcement and intelligence agencies to take whatever steps are necessary to protect our citizens from this type of attack.  Those measures led to additional screening of some planes in Newark and Philadelphia.

The Department of Homeland Security is also taking steps to enhance the safety of air travel, including additional cargo screening.  We will continue to pursue additional protective measures for as long as it takes to ensure the safety and security of our citizens.

I've also directed that we spare no effort in investigating the origins of these suspicious packages and their connection to any additional terrorist plotting.  Although we are still pursuing all the facts, we do know that the packages originated in Yemen. We also know that al Qaeda in the Arabian Peninsula, a terrorist group based in Yemen, continues to plan attacks against our homeland, our citizens, and our friends and allies.

John Brennan, who you will be hearing from, spoke with President Saleh of Yemen today about the seriousness of this threat, and President Saleh pledged the full cooperation of the Yemeni government in this investigation.

Going forward, we will continue to strengthen our cooperation with the Yemeni government to disrupt plotting by al Qaeda in the Arabian Peninsula and to destroy this al Qaeda affiliate. We'll also continue our efforts to strengthen a more stable, secure and prosperous Yemen so that terrorist groups do not have the time and space they need to plan attacks from within its borders.

The events of the past 24 hours underscores the necessity of remaining vigilant against terrorism.  As usual, our intelligence, law enforcement and Homeland Security professionals have served with extraordinary skill and resolve and with the commitment that their enormous responsibilities demand.  We're also coordinating closely and effectively with our friends and our allies, who are essential to this fight.

As we obtain more information we will keep the public fully informed.  But at this stage, the American people should know that the counterterrorism professionals are taking this threat very seriously and are taking all necessary and prudent steps to ensure our security.  And the American people should be confident that we will not waver in our resolve to defeat al Qaeda and its affiliates and to root out violent extremism in all its forms.