At the South Carolina State Fair: The Sun Shines On the Midlands

Ed. Note: Building on the President’s commitment to address issues important to rural Americans, Administration officials visited State Fairs around the country this summer and fall. See a map of where they've been.

It was like a homecoming for me.  As a former two-term Superintendent of Education for South Carolina, I had worked with the Future Farmers of America in South Carolina many times before.  On October 15, I had the opportunity to return home to Columbia and be escorted around the State Fair by a new class of FFA students, this time in my capacity as Chairman of the U.S. Consumer Product Safety Commission.  It was a proud moment for me to be at Fair, as the good people of South Carolina could see that one of their own was now working on behalf of all American consumers.

Residents throughout South Carolina flock to the Midlands (the region in and around the state capitol) each October to show their wares and celebrate the rich cultural traditions of the state.  From the dairy heifer sale to the giant sand castle to the foot long corn dogs, there was much to see, taste, and buy at the State Fair.

On a day when the weather could not have been better, warm handshakes and hugs were plentiful from those with whom I had worked with, befriended, and served during my years in state government.  To meet all the inspiring high school and college students who are part of the Future Farmers of America was truly one of the highlights.   I want to thank John Parris, State Director of Public Affairs with the SC FFA, for bringing together such a fine group of young men and women who led me on a tour of various agri-product demonstrations, such as livestock, corn and vegetables.  I firmly believe that these high school and college students will lead the way in future years to ensure that agri-business continues to thrive in South Carolina. 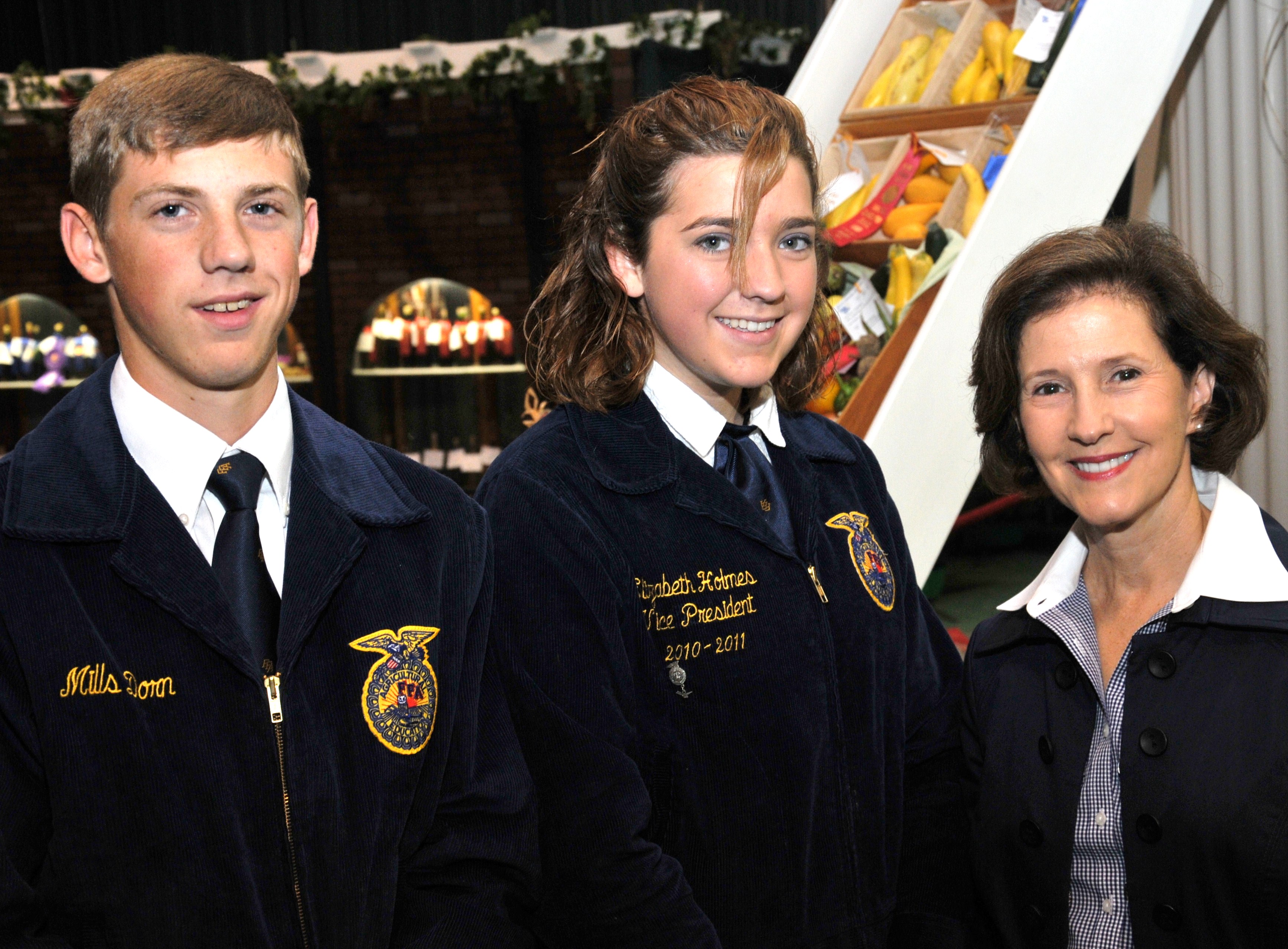 Rural safety is important to us at the CPSC.  During my time at the fair, I spoke about all terrain vehicle safety, as these four wheelers are so popular in my home state and in rural communities coast to coast.  The CPSC is not trying to take ATVs away from consumers; rather, we just want to make the riding experience safer.  With more than 800 fatalities and 100,000 injuries each year, I talked about the need for ATV riders to wear a helmet, stay off of paved roads, and make sure young children ride models appropriate for their age.

Since my agency, which has been revitalized over the past year, also oversees mobile amusement rides we took advantage of the setting to get a thorough safety briefing from Gary Goodman and the manager of the company hired to set up all of the rides.

There is nothing more important to me that the safety of all American families and to share that message while being among the proud FFA students and residents of South Carolina made for a great day at the South Carolina Fair.

Inez Tenenbaum is Chairman of the Consumer Product Safety Commission