President Obama’s Press Conference: "Let's Find Those Areas Where We Can Agree"

November 3, 2010 at 5:12 PM ET by Jesse Lee
Twitter Facebook Email
Summary:
In a news conference in the East Room this afternoon, the President spoke openly about the lessons of the previous night’s elections, and his hope for working with the new Congress going forward on the economy and other issues.
[[nid:22690]]

In a news conference in the East Room this afternoon, the President spoke openly about the lessons of the previous night’s elections, and his hope for working with the new Congress going forward.  He made clear that he understood the profound frustrations and anxiety around the economy felt by so many families, and pledged to redouble his efforts to work across the aisle to speed up our recovery and move the country forward:

I’m not suggesting this will be easy.  I won’t pretend that we will be able to bridge every difference or solve every disagreement.  There’s a reason we have two parties in this country, and both Democrats and Republicans have certain beliefs and certain principles that each feels cannot be compromised.  But what I think the American people are expecting, and what we owe them, is to focus on those issues that affect their jobs, their security, and their future:  reducing our deficit, promoting a clean energy economy, making sure that our children are the best educated in the world, making sure that we’re making the investments in technology that will allow us to keep our competitive edge in the global economy.

Because the most important contest we face is not the contest between Democrats and Republicans.  In this century, the most important competition we face is between America and our economic competitors around the world.  To win that competition, and to continue our economic leadership, we’re going to need to be strong and we’re going to need to be united.

None of the challenges we face lend themselves to simple solutions or bumper-sticker slogans.  Nor are the answers found in any one particular philosophy or ideology.  As I’ve said before, no person, no party, has a monopoly on wisdom.  And that’s why I’m eager to hear good ideas wherever they come from, whoever proposes them. And that’s why I believe it’s important to have an honest and civil debate about the choices that we face.  That’s why I want to engage both Democrats and Republicans in serious conversations about where we’re going as a nation.

And with so much at stake, what the American people don’t want from us, especially here in Washington, is to spend the next two years refighting the political battles of the last two.  We just had a tough election.  We will have another in 2012.  I’m not so naïve as to think that everybody will put politics aside until then, but I do hope to make progress on the very serious problems facing us right now. And that’s going to require all of us, including me, to work harder at building consensus.

You know, a little over a month ago, we held a town hall meeting in Richmond, Virginia.  And one of the most telling questions came from a small business owner who runs a tree care firm.  He told me how hard he works and how busy he was; how he doesn’t have time to pay attention to all the back-and-forth in Washington.  And he asked, is there hope for us returning to civility in our discourse, to a healthy legislative process, so as I strap on the boots again tomorrow, I know that you guys got it under control?  It’s hard to have a faith in that right now, he said. 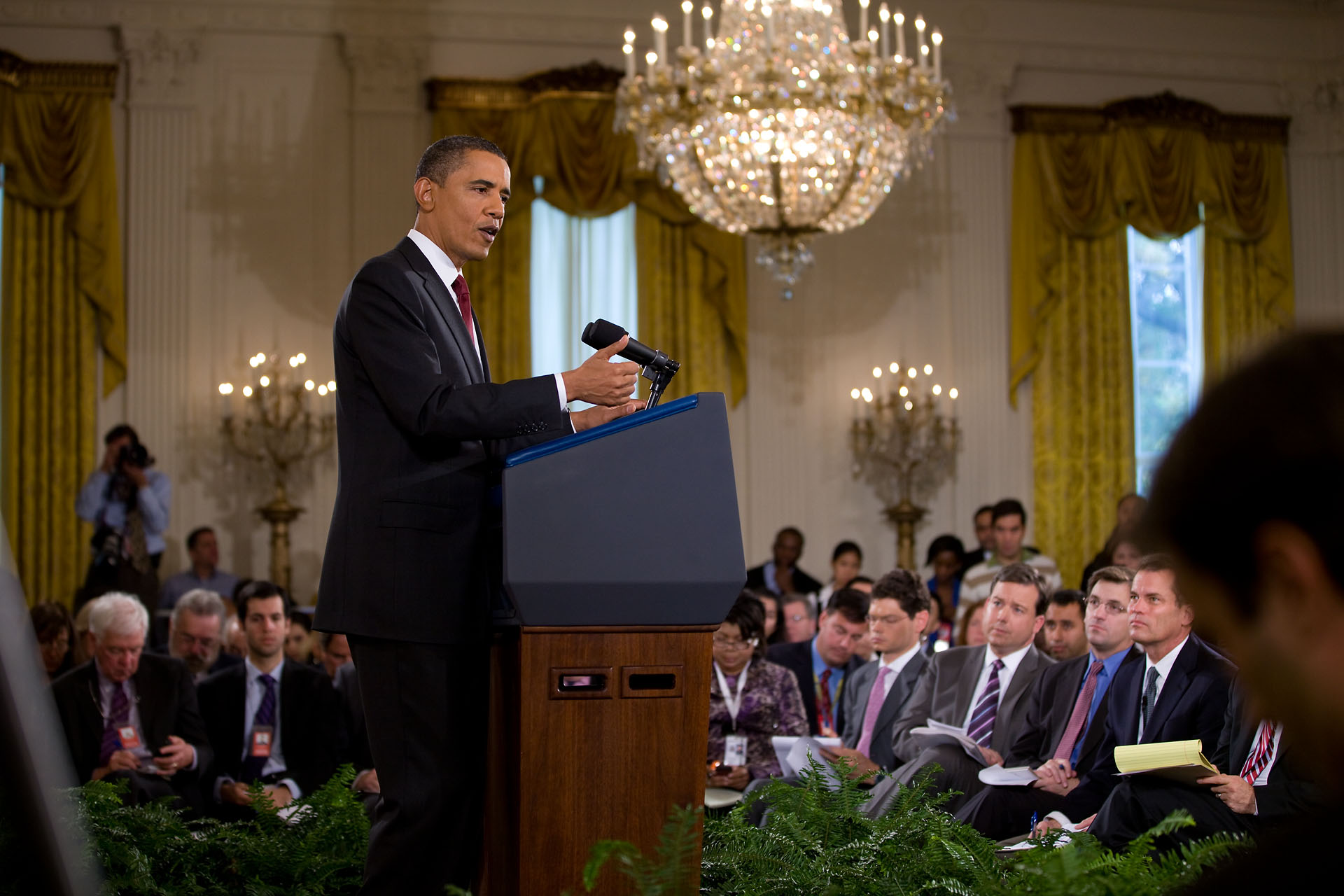 Asked later to discuss how other issues aside from the economy played in the election, the President looked back at the way things got done in Washington during the last two years and before:

I’m doing a whole lot of reflecting and I think that there are going to be areas in policy where we’re going to have to do a better job. I think that over the last two years, we have made a series of very tough decisions, but decisions that were right in terms of moving the country forward in an emergency situation where we had the risk of slipping into a second Great Depression.

Now, the reason was it was an emergency situation.  But I think it’s understandable that folks said to themselves, you know, maybe this is the agenda, as opposed to a response to an emergency.  And that’s something that I think everybody in the White House understood was a danger.  We thought it was necessary, but I’m sympathetic to folks who looked at it and said this is looking like potential overreach.

In addition, there were a bunch of price tags that went with that.  And so, even though these were emergency situations, people rightly said, gosh, we already have all this debt, we already have these big deficits; this is potentially going to compound it, and at what point are we going to get back to a situation where we’re doing what families all around the country do, which is make sure that if you spend something you know how to pay for it -- as opposed to racking up the credit card for the next generation.

And I think that the other thing that happened is that when I won election in 2008, one of the reasons I think that people were excited about the campaign was the prospect that we would change how business is done in Washington.  And we were in such a hurry to get things done that we didn’t change how things got done.  And I think that frustrated people.