President Obama Invites Bipartisan Meeting on the Economy: "Not Just Going to Be a Photo Op"

November 4, 2010 at 11:50 AM ET by Jesse Lee
Twitter Facebook Email
Summary:
The President extends an invite to leaders of both parties in Congress for a substantive meeting to get going on job creation and the other central issues lying ahead.
[[nid:22710]]

After meeting with his Cabinet this morning, the President reitereated that "it’s clear that the voters sent a message, which is they want us to focus on the economy and jobs and moving this country forward."  To that end, he immediately extended an invite to leaders of both parties in Congress for a substantive meeting to get going on job creation and the other central issues lying ahead:

Now, at the same time, obviously what’s going to be critically important over the coming months is creating a better working relationship between this White House and the congressional leadership that’s coming in, as well as the congressional leadership that carries over from the previous Congress.  And so I want everybody to know that I have already called Mitch McConnell, John Boehner, Harry Reid and Nancy Pelosi to invite them to a meeting here at the White House in the first week of the lame duck on November 18th.  This is going to be a meeting in which I’ll want us to talk substantively about how we can move the American people’s agenda forward.  It’s not just going to be a photo op.  Hopefully -- it may spill over into dinner.  And the immediate focus is going to be what we need to get done during the lame-duck session.

But there are a whole range of other economic issues that have to be addressed:  unemployment insurance for folks who are still out there looking for work; business extenders, which are essentially provisions to encourage businesses to invest here in the United States, and if we don’t have those, we’re losing a very important tool for us to be able to increase business investment and increase job growth over the coming year.  We’ve got to provide businesses some certainty about what their tax landscape is going to look like, and we’ve got to provide families certainty.  That’s critical to maintain our recovery.

I should mention that in addition to those economic issues, there are some things during the lame duck that relate to foreign policy that are going to be very important for us to deal with, and I’ll make mention of one in particular, and that’s the START treaty.  We have negotiated with the Russians significant reductions in our nuclear arms.  This is something that traditionally has received strong bipartisan support.  We’ve got people like George Shultz, who helped to organize arms control treaties with the Russians back when it was the Soviet Union who have come out forcefully in favor of this.

This is not a traditionally Democratic or Republican issue but rather a issue of American national security.  And I am hopeful that we can get that done before we leave and send a strong signal to Russia that we are serious about reducing nuclear arsenals, but also sending a signal to the world that we’re serious about nonproliferation.  We’ve made great progress when it comes to sending a message to Iran that they are isolated internationally, in part because people have seen that we are serious about taking our responsibilities when it comes to nonproliferation, and that has to continue.

So there is going to be a whole range of work that needs to get done in a relatively short period of time, and I’m looking forward to having a conversation with the leadership about some agenda items that they may be concerned about. 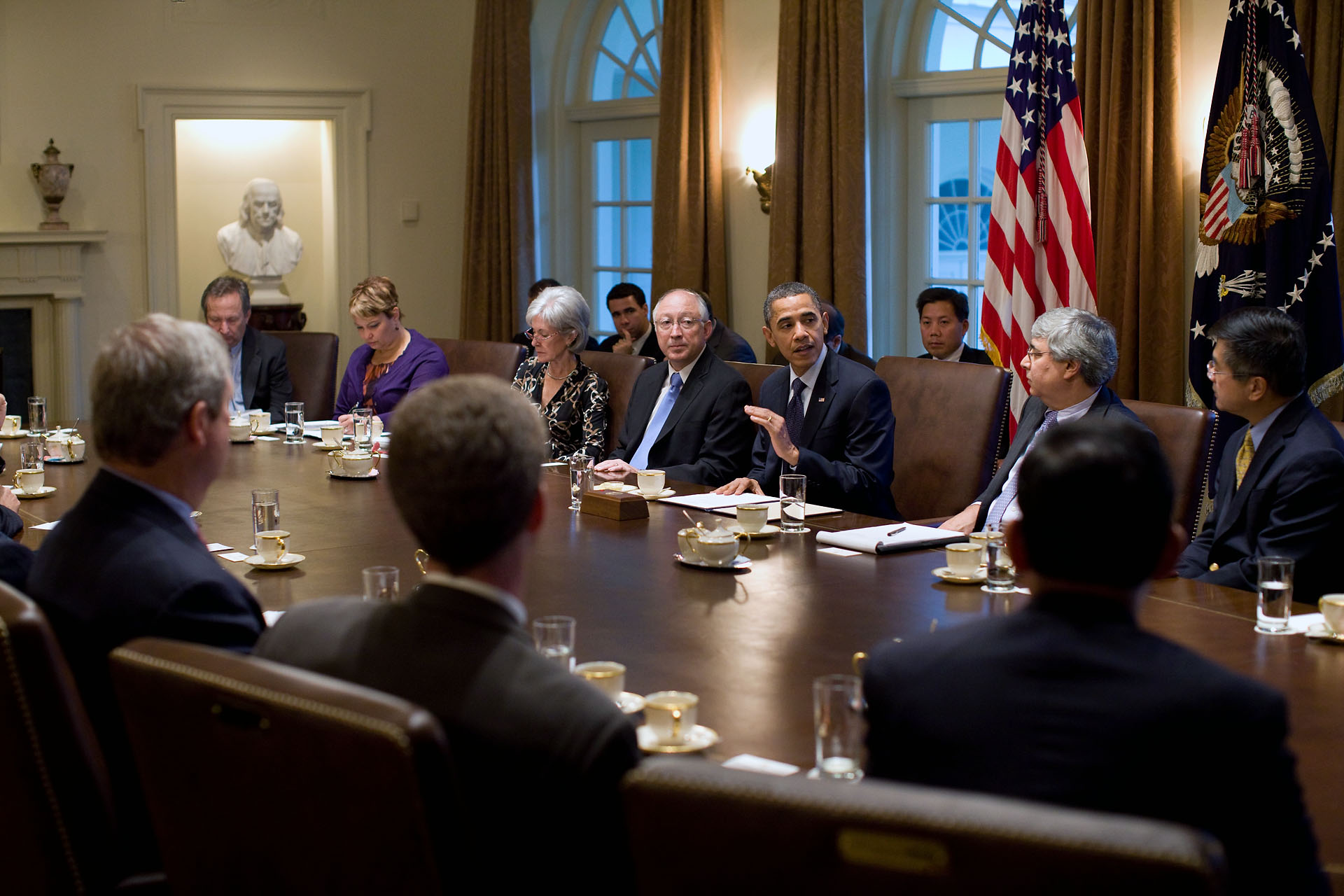