Earlier this week, I witnessed the next chapter of America’s love affair with the automobile here in the nation’s capital.  I took part in a ribbon cutting at the first public curbside electric vehicle (EV) charging station, made possible by Coulomb Technologies.  It looks like a parking meter that Steve Jobs might design.  And plugging in for a charge is simple – easier than even pumping gas.  Soon brand new EVs – like the Nissan Leaf and the Chevy Volt – will be able to power up at stations like this one whenever they need it.

Entrepreneurs, just like Richard Lowenthal and Praveen Mandal whose Coulomb Technologies manufactured the charging station in DC, are making the cutting edge stuff that will power the cars of tomorrow.  Soon, more than 20,000 stations will be popping up nationally to charge new EVs.  Coulomb Technologies’ $15 million Recovery Act award will deploy 4,600 charging stations as part of this effort.

And entrepreneurs like Jonathan Wolfson of start-up Solazyme are developing technologies that will revolutionize the liquid fuels sector.  With support from a $21 million Recovery Act grant, Wolfson’s company is pioneering next generation algal biofuels.  The Navy has taken notice with plans to purchase 150,000 gallons of algae-based biofuel from Solazyme, helping the company scale-up production and reduce U.S. reliance on imported oil.

As we celebrate National Entrepreneurship Week, let’s celebrate the innovative spirit of America and its inventors and entrepreneurs.  Their imagination, smarts, and hard work will transform our energy system and ensure that America leads the 21st century global economy.  And these transformative changes are not years away, they’re already here. 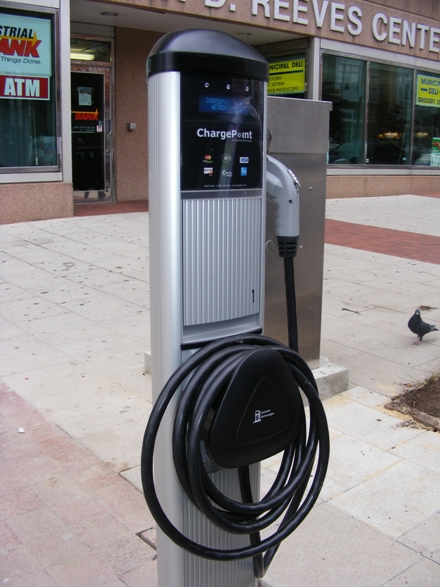