The President & Vice President in Kokomo, Indiana: "Don't Bet Against the American Worker"

November 23, 2010 at 4:31 PM ET by Jesse Lee
Twitter Facebook Email
Summary:
The Vice President and the President visit Kokomo, Indiana to see a town that exemplifies to comeback story of the American auto industry.
[[nid:23527]]

In his last White House White Board, CEA Chairman Austan Goolsbee told the story of GM and the comeback of the American auto industry.  It's an inspiring story even told through charts and graphs, but today both the Vice President and the President visited Kokomo, Indiana to see a town that's part of that story up close.  As the Vice President explained in his remarks there, it was personal for him already:

Look, I’m the son of an automobile man, and I want to tell you he managed automobile facilities for my entire life.  And Kokomo, anybody in the automobile business has already known, was one of the great auto towns in America -- not only making Chrysler automobiles but Delphi, supplying parts and so many other suppliers, and all the related jobs that go with that.

To bring Kokomo back, to bring the automobile industry back, we knew we had to change things.  We couldn’t just keep doing the things the way we did.  We knew the auto industry had to get leaner, had to get tougher, had to be more competitive.  And we insisted that they did.  And now you see the result -- an old industry adapting to a whole new era, competing again, leading again, and most importantly, hiring again.  Hiring again. 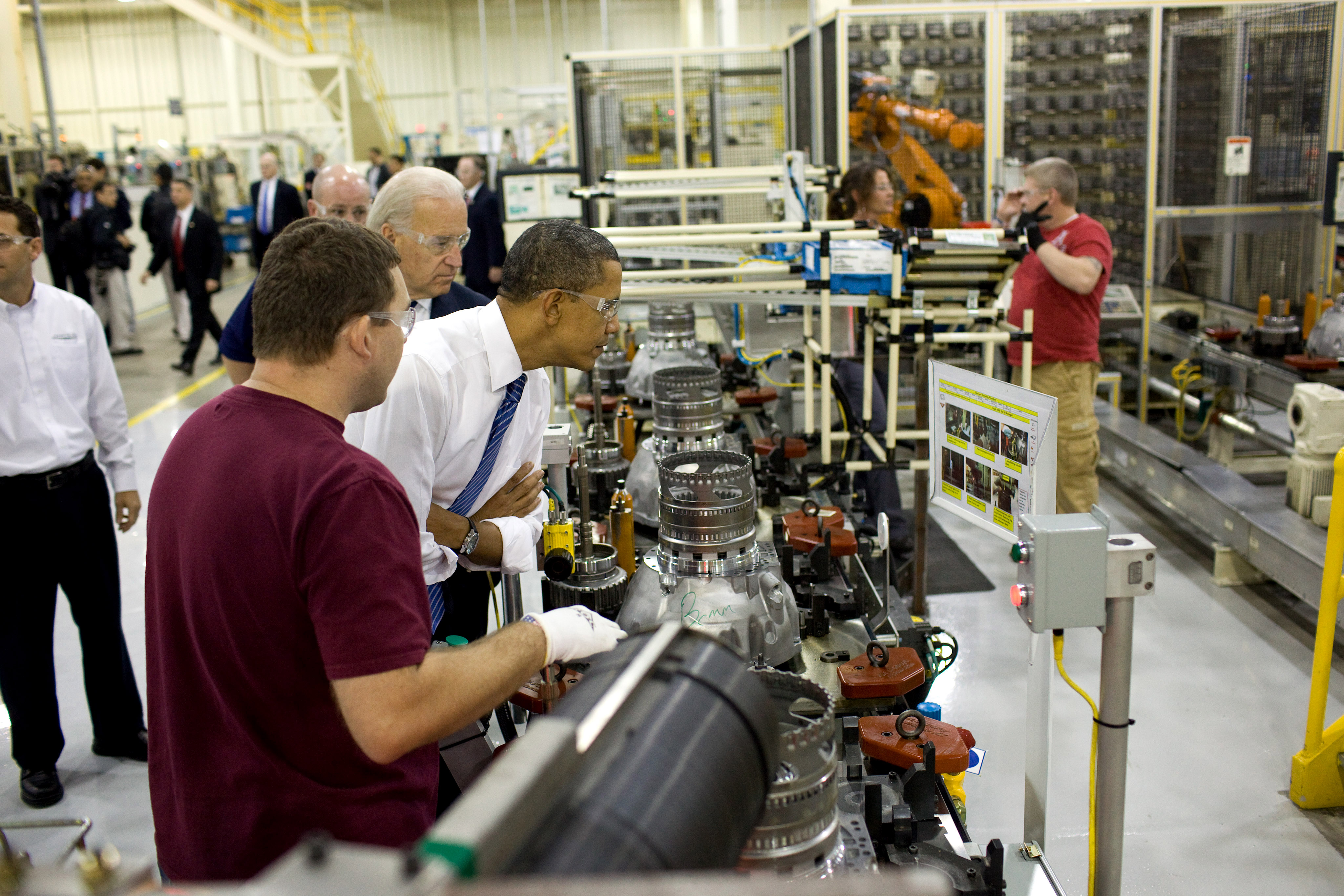 The President was returning to the town after a visit in April of 2008, and he spoke with the memory in mind:

We've got some of the best workers in the United States of America right here at this plant.  (Applause.)  And I had a chance to meet some of you as we were going around seeing these amazing transmissions that you’re building.  And I was very happy to hear that after a couple of tough years, this plant is now running at full capacity.  And that’s why I’m here today.  (Applause.)  That's why I'm here today.

Now, we all know that one plant by itself doesn’t mean that there aren't people in Kokomo who are still hurting.  I had lunch with the mayor and some firefighters, and there's still a long way to go.  The mayor has got all kinds of great plans, and there are businesses that are looking to start expanding.  But the fact is there are millions of people around the country who are still looking for work in the wake of the worst recession in our lifetimes.  I don’t have to tell you that.  Many of you still have friends or neighbors, a husband or a wife who is still struggling.

And I know that before this plant started rehiring, a lot of you were in the same position, so you remember that it is a tough, tough thing when you’re out of work, especially when you’ve taken a lifetime of pride in working and supporting a family and making great products.

But even as we continue to face serious challenges, what’s happening here at this plant -– the changes we’re seeing throughout Kokomo -– are signs of hope and confidence in the future -- in our future, together.  You’re showing us the way forward.  You’re living up to that spirit of optimism and determination -– that grit –- that’s always been at the heart of who we are as a people, at the heart of America. 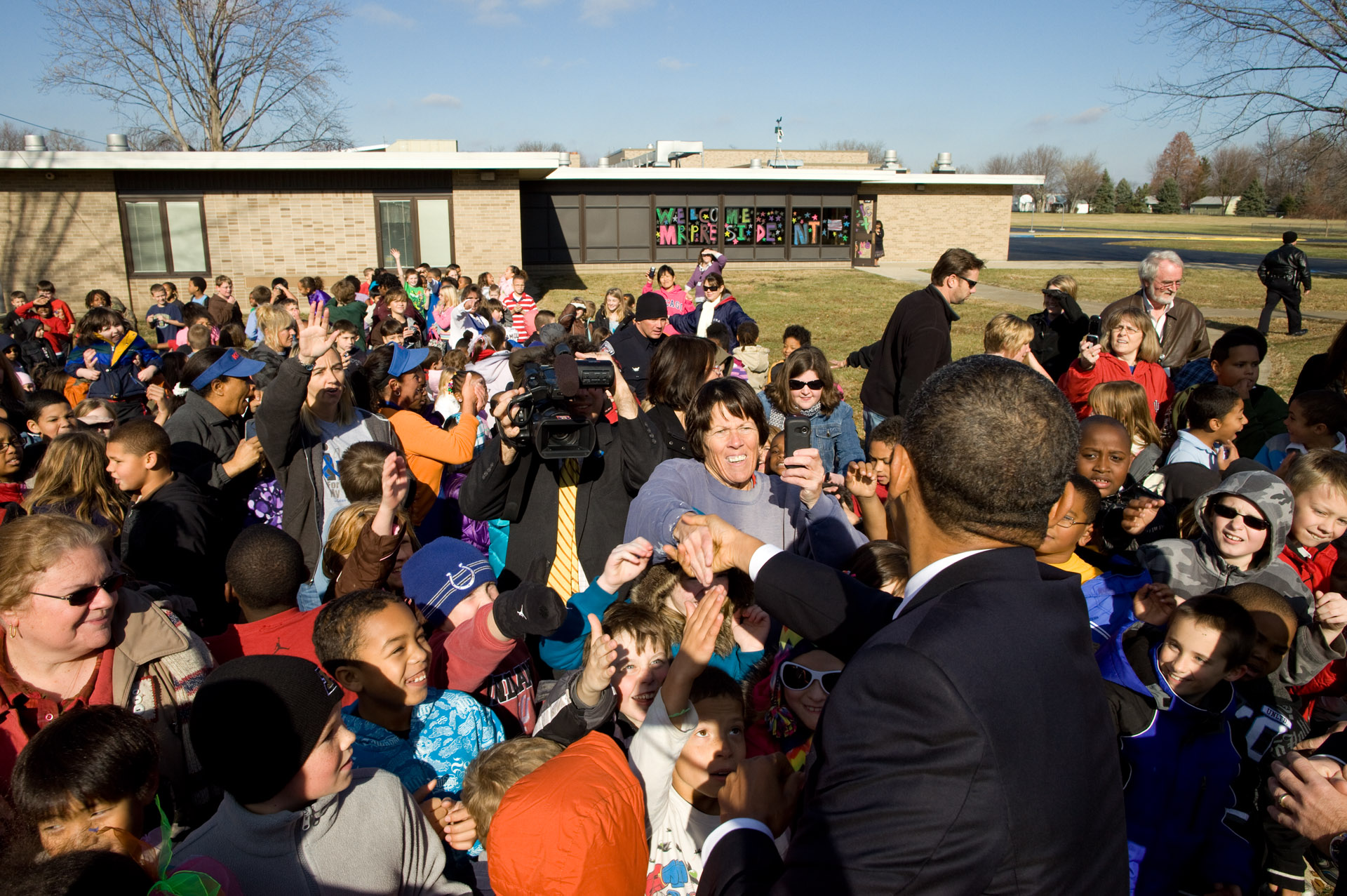