First Lady Michelle Obama at the Holiday Preview: "It's the People's House"

December 2, 2010 at 9:51 AM ET by Jordan Harp
Twitter Facebook Email
Summary:
First Lady Michelle Obama opens the doors of the White House to military families involved in a local branch of the Marine Corps Reserve Toys for Tots program for a preview of the 2010 Holiday decorations.

Yesterday, First Lady Michelle Obama kicked off the holiday season by welcoming military families who organize a local branch of the Marine Corps Reserve Toys for Tots drive to the White House. "The idea behind this year’s theme," Mrs. Obama said, "is Simple Gifts, because in the end, the greatest blessings of all are the ones that don't cost a thing -- the time that we spend with our loved ones, the freedoms we enjoy as Americans, and the joy we feel from reaching out to those in need."

In her remarks, the First Lady discussed the importance of opening the doors of the White House during the holiday season and thanked the nearly 100 volunteers from across the country that made it all possible:

In many ways, this is really what the White House is all about.  And I say this all the time. It’s the “People’s House.”  It’s a place that is steeped in history, but it’s also a place where everyone should feel welcome.  And that's why my husband and I have made it our mission to open up the house to as many people as we can, especially during the holiday seasons.

So it goes without saying that when you look around, that our family never could have done all of this wonderful decorating on our own.  In fact, we only did a little bit of it. That's why over the last few days nearly 100 volunteers from all over the country have been working so hard.  They’ve been making all the ornaments that -- many of them that you’ve seen.  They’ve been hanging the lights and transforming these rooms into breathtaking works of art.  And I have to say the house looks more beautiful than it did last year.  It is really something special. 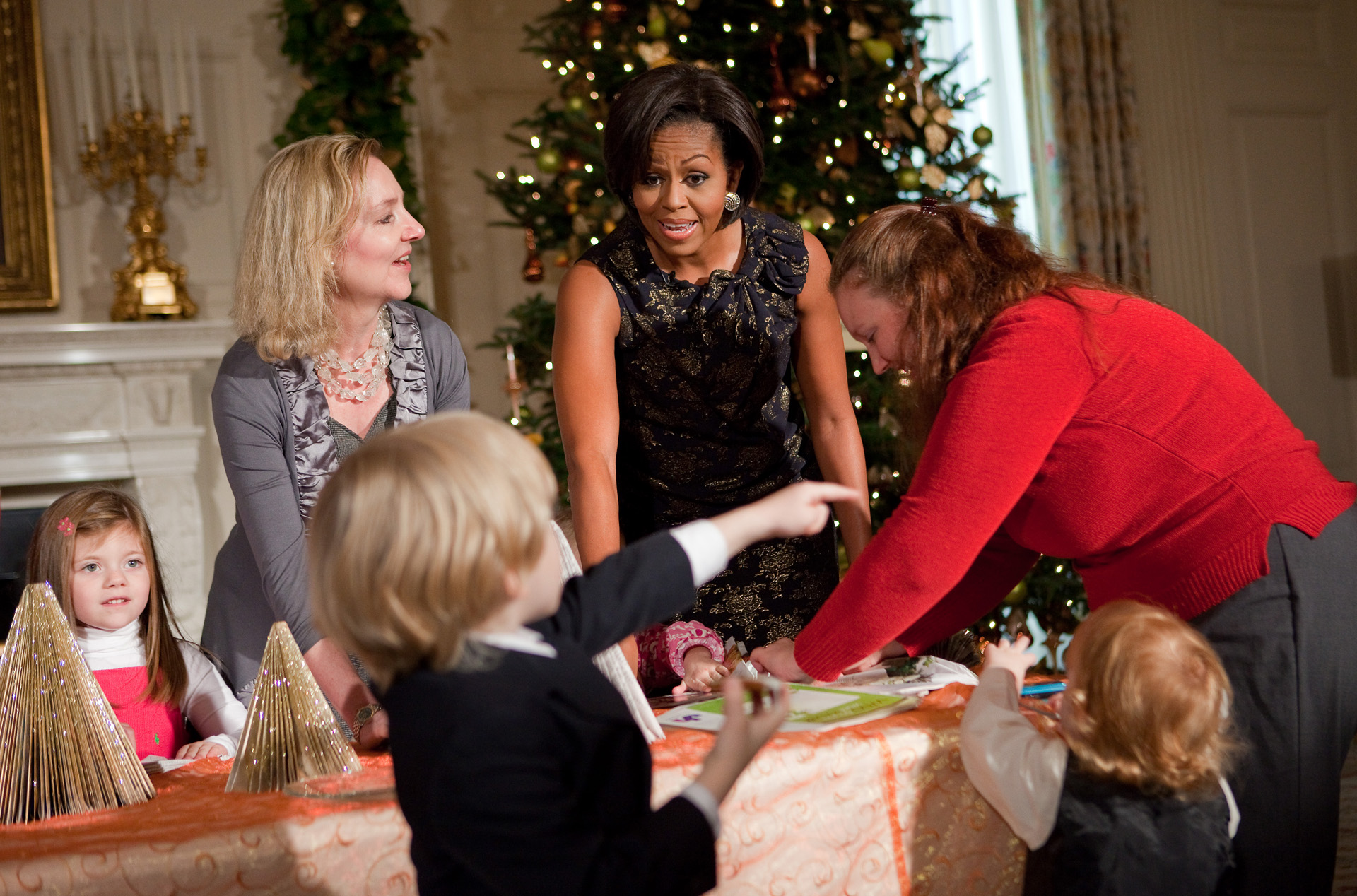 A couple of years back, there was a wonderful family in D.C. -- Mom, Dad, five kids.  Happy family.  And unfortunately, tragedy struck.  The father took ill and quickly passed away.  The mom, who had been a stay-at-home mom, all of a sudden found herself having to find a job while still raising her five children.  She realized she was going to have to make some tough choices, and she did.  I mean, she had a house payment to make, utilities, food to buy, clothing and all that, and she said, “We’re going to have to cut Christmas this year.”

Now, she had to make this decision early on, probably in the October time frame.  And she was comfortable with it.  But as Christmas drew nearer and nearer, she became very concerned.  In fact, on Christmas Eve, she was distraught.  She was beside herself with the thought on Christmas morning her children were going to come downstairs and there weren’t going to be any gifts under that little Charlie Brown Christmas tree that they had.

Fortunately, the knock at the door came, and standing there were two Marines, a couple of volunteers, and a bunch of boxes full of toys.  So needless to say, for the Johnsons the next morning, they had a wonderful Christmas.

But that’s not the end of the story.  Interesting thing was one of the toys was a big old red fire truck.  And one of her sons really took a liking to that fire truck.  That became his favorite toy that day and for the rest of the next year and actually to years after that.  And as you would have it, that fire truck had an impact. Today, that man is one of D.C.’s finest.  He’s a firefighter with the D.C. Fire Department.

So if you don’t think that toy makes a difference, just remember this story.  And the great thing is, is there are thousands of stories just like that out there.

To find out ways to get involved, visit the Toys for Tots website.

Click here to see a video of the behind-the-scenes effort that went into this year's Holiday decorations. 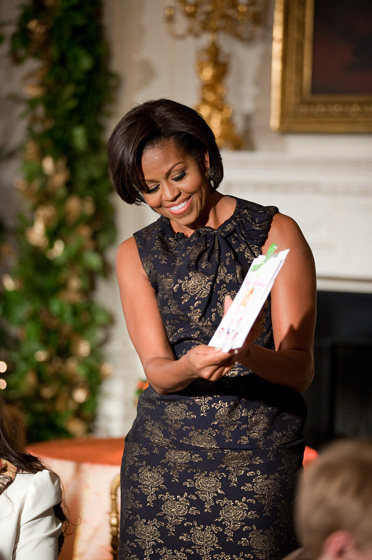