December 6, 2010 at 4:40 PM ET by Jesse Lee
Twitter Facebook Email
Summary:
As America fights to recover from the economic catastrophe that began almost three years ago, the President reminds us that America had already been falling behind, and that as we rebuild, we have to rebuild even better than we were before

As America fights to recover from the economic catastrophe that began almost three years ago, it’s important to remember that America had already been falling behind, and that as we rebuild, we have to rebuild even better than we were before.  The President talked about his vision and his specific proposals at the Forsyth Technical Community College in Winston-Salem, North Carolina this afternoon:

In 1957, just before this college opened, the Soviet Union beat us into space by launching a satellite known as Sputnik.  And that was a wake-up call that caused the United States to boost our investment in innovation and education -– particularly in math and science.  And as a result, once we put our minds to it, once we got focused, once we got unified, not only did we surpass the Soviets, we developed new American technologies, industries, and jobs.

So 50 years later, our generation’s Sputnik moment is back. This is our moment.  If the recession has taught us anything, it’s that we cannot go back to an economy that's driven by too much spending, too much borrowing, running up credit cards, taking out a lot of home equity loans, paper profits that are built on financial speculation.  We’ve got to rebuild on a new and stronger foundation for economic growth.

We need to do what America has always been known for:  building, innovating, educating, making things.  We don’t want to be a nation that simply buys and consumes products from other countries.  We want to create and sell products all over the world that are stamped with three simple words:  “Made In America.”  That's our goal.  (Applause.)

The President chose Forsyth because it’s one of those spots around the country that exemplify not just how America came to lead the world during the 20th Century, but how it can regain that status unambiguously.  As the President pointed out, “In a generation we have fallen from 1st place to 9th place in the proportion of young people with college degrees” – Forsyth is not just getting people degrees, but getting them educated to excel in 21st Century industries. 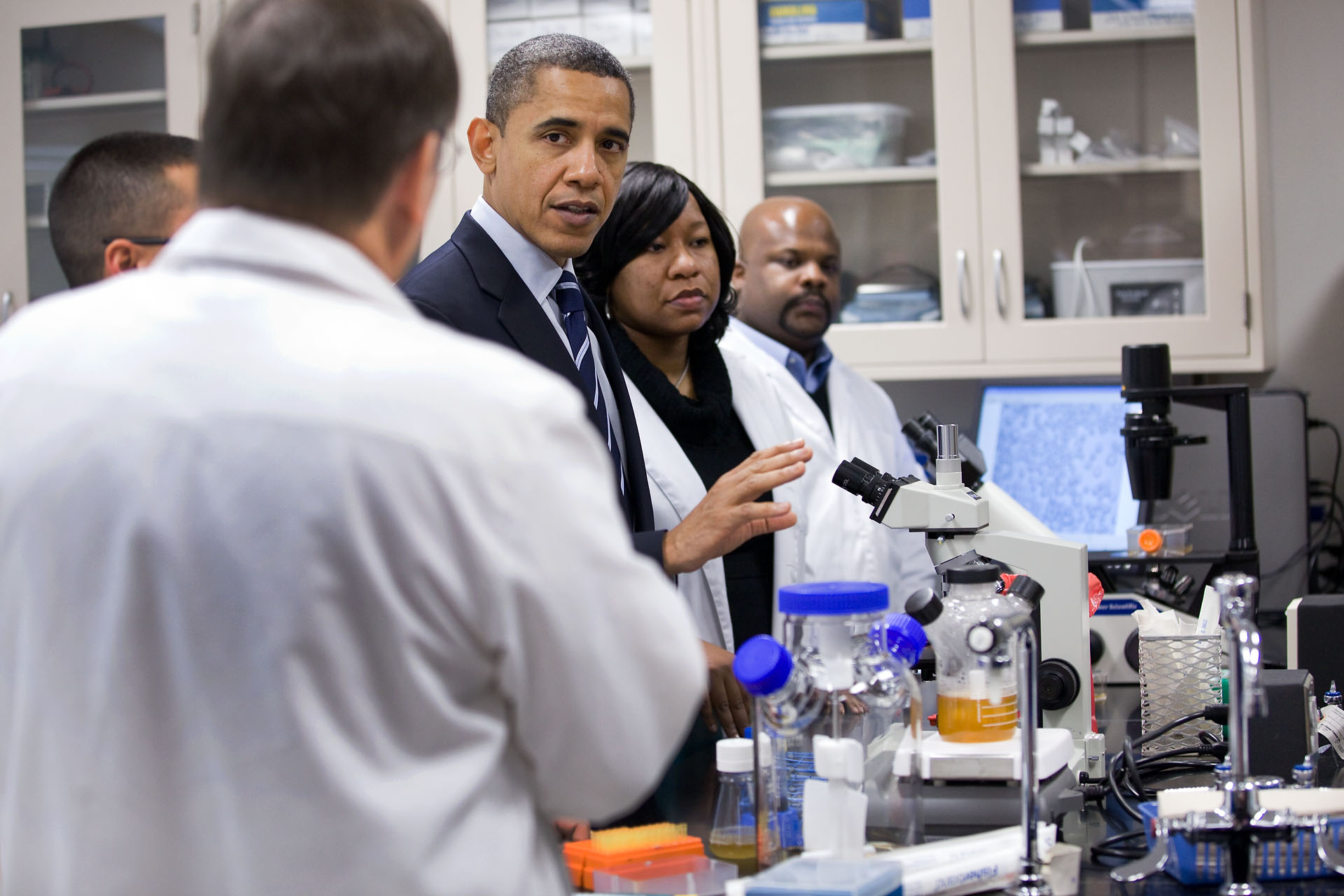 That’s why the President made clear that even as government tightens its belt on deficits, the kinds of investments that will help America compete both now and in the future have to stay in place: “To borrow an analogy, cutting the deficit by cutting investments in areas like education, areas like innovation -- that's like trying to reduce the weight of an overloaded aircraft by removing its engine.  It’s not a good idea.sa”

He put forth an entire agenda of economic proposals that can help our recovery now, build a competitive foundation for the future, and which have traditionally seen bipartisan support.  In addition to preventing the middle class tax hike that would otherwise happen at the end of this year, as well as extending unemployment insurance, the President discussed making college more affordable and supporting community colleges like Forsyth, and his Race to the Top program to reward successful K-12 schools. He discussed making America a more attractive place to invest by making the tax code simpler and more friendly, including his proposal to allow all American businesses to write their investment in 2011 and his proposal for a “bigger, permanent tax credit for companies for all the research and innovation they do here in America.”  And he talked about rebuilding America’s infrastructure, not just our roads and airports but high speed rail and high speed internet so we can keep up with other countries growing by leaps and bounds.

He closed explaining why he has hopes we can get all this done:

And throughout history, the investments I’ve talked about –- in education and innovation and infrastructure -– have historically commanded the support from both Democrats and Republicans.  It was Abraham Lincoln who launched the Transcontinental Railroad and opened the National Academy of Sciences.  He did it in the middle of a war, by the way.  But he knew this was so important we had to make these investments for future generations.  Dwight Eisenhower helped build our highways. Republican members of Congress worked with FDR to pass the G.I. Bill.

More recently, infrastructure bills have found support on both sides of the congressional aisle.  The permanent extension of research and development tax credits was proposed by both Bill Clinton and George W. Bush.  Our education reforms have been praised by both Democratic and Republican governors.

So the point is there should not be any inherent ideological differences that prevent Democrats and Republicans from making our economy more competitive with the rest of the world.  If we’re willing to put aside short-term politics, if our objective is not simply winning elections but winning the future -- (applause) -- then we should be able to get our act together here, because we are all Americans and we are in this race together.  (Applause.) 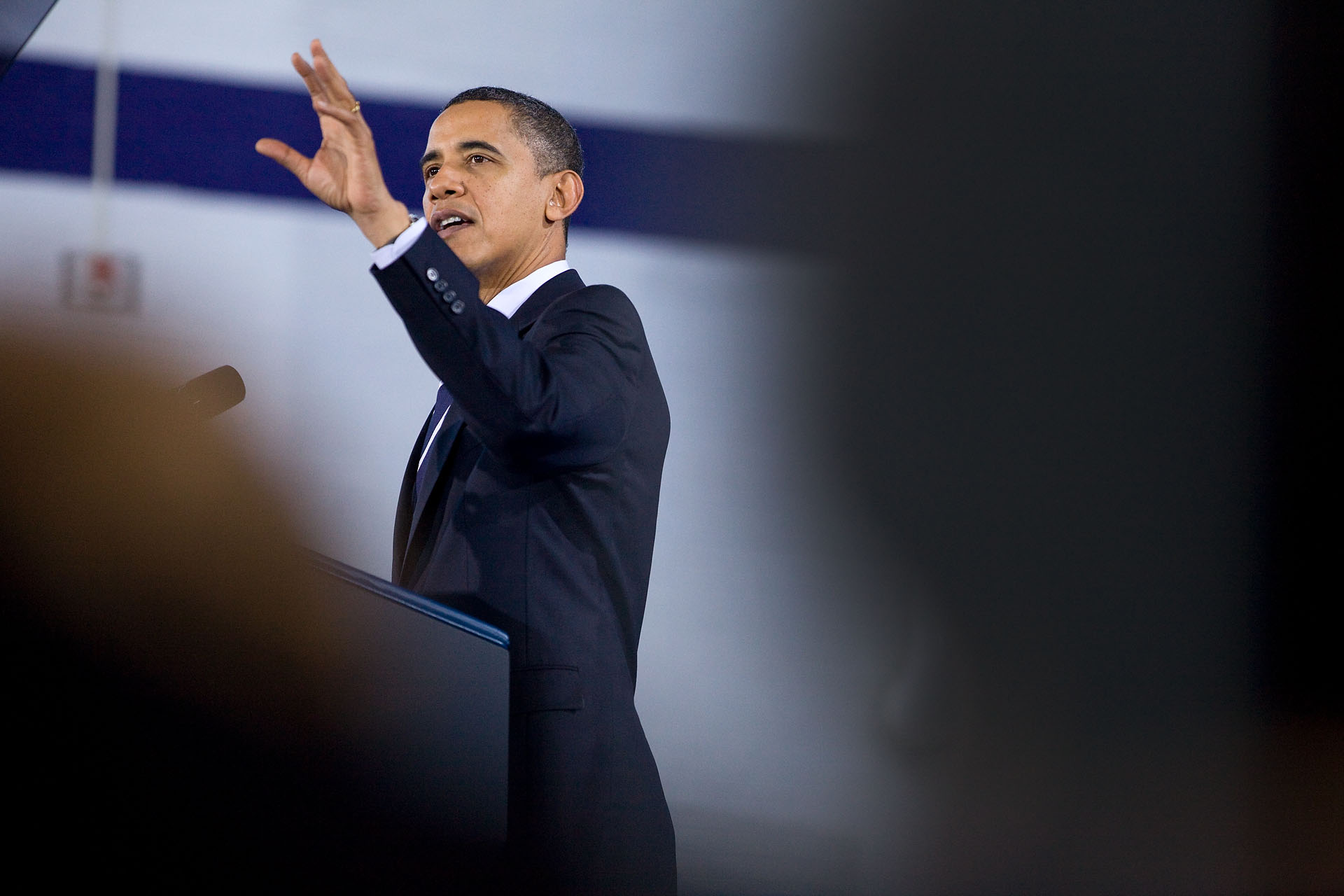