Saving Money on Government IT

December 10, 2010 at 4:03 PM ET by Vivek Kundra
Twitter Facebook Email
Summary:
For too long, many government IT projects cost hundreds of millions of dollars more than they should, took years longer than necessary to deploy, and delivered technologies that were obsolete by the time they were completed.

For too long, many government IT projects cost hundreds of millions of dollars more than they should, took years longer than necessary to deploy, and delivered technologies that were obsolete by the time they were completed.

This summer we took a hard look at 26 high priority projects that were either over budget, behind schedule, or at high risk for the kinds of problems that too often plague our large IT efforts. We completed the review of two projects in October, and this week, we announced the results from our review of the next 16 projects.

The bottom line is that we’ve reduced lifecycle cost by $1.3 billion, and cut the time for delivery of functionality down by more than half, from two to three years down to an average of 8 months.

In reviewing 38 total projects, we have significantly accelerated delivery in 12 projects, with increased functionality coming online every few quarters rather than every few years, and reduced the scope or terminated 15 others, achieving a total of $3 billion in lifecycle budget reductions. 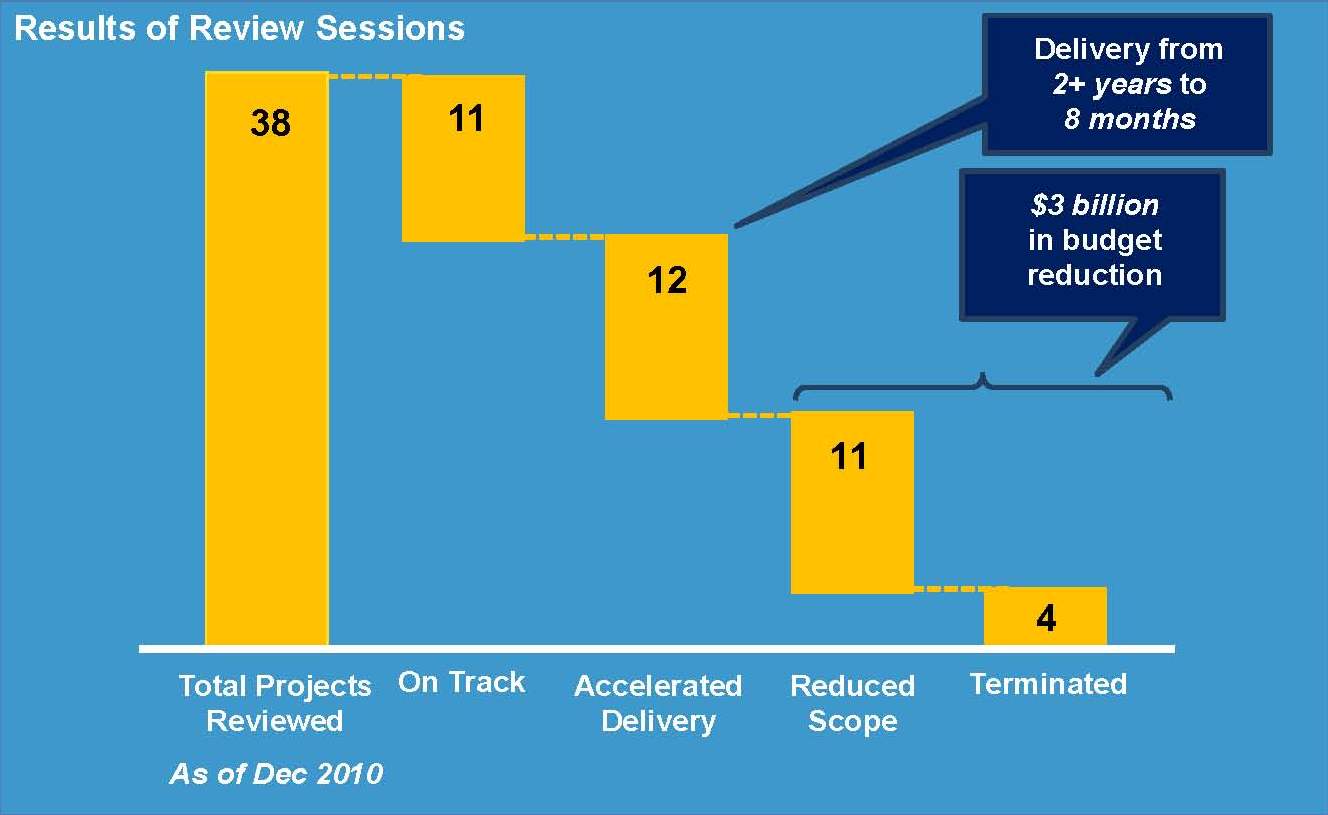 So we have proven that we can improve our IT performance on a project-by-project basis. But just as importantly, we’re using the lessons from this work to identify the structural changes required to drive sustainable improvements across government.

That is why we announced a 25 Point Implementation Plan to Reform Federal IT Management, which will fundamentally change how the government buys and manages IT.

Some highlights of the implementation plan include:

These steps will help catalyze a fundamental reform of Federal IT, which is essential to improving the effectiveness and efficiency of the Federal Government.

Vivek Kundra is the US Chief Information Officer