December 16, 2010 at 10:41 AM ET by Ken Salazar
Twitter Facebook Email
Summary:
Secretary Salazar kicks off the White House Tribal Nation's Conference, a gathering that is a testament to President Obama's respect for the inherent sovereignty of Indian nations and determination to honor our commitments to American Indian and Alaska Native communities.

Ed. Note: Learn more about the new Office of Indian Energy Policy and Programs being announced from the Department of Energy's blog.

This morning we kicked off the White House Tribal Nations Conference, a gathering that is a testament to President Obama's respect for the inherent sovereignty of Indian nations and determination to honor the Nation's commitments to American Indian and Alaska Native communities.

President Obama is hosting the conference here at the Department of the Interior - the second he has convened since taking office - and delivered keynote remarks to leaders of the 565 federally recognized tribes in the United States.  Members of the President's cabinet and other high-ranking Administration officials will be participating in a series of breakout sessions with tribal leaders, discussing a wide range of social, economic and political challenges facing Indian Country.   It is rare that so many of us are in one place at the same time and it speaks to President Obama's high-level engagement with and commitment to Indian Country.

A little over a year ago - at the first-ever White House Tribal Nations Conference - President Obama pledged that we would work with American Indian leaders to fulfill our trust responsibilities, to empower tribal governments and to help build safer, stronger and more prosperous tribal communities.

While we have made great progress on these fronts, there is much work to be done - by all of us.  It is my hope that today provides a venue through which to continue a candid and honest dialogue between and among nations as we develop a comprehensive agenda to reform, restructure and rebuild federal relations with Indian Country.

Together we are building a solid foundation for a bright, prosperous and more fulfilling future for the First Americans. 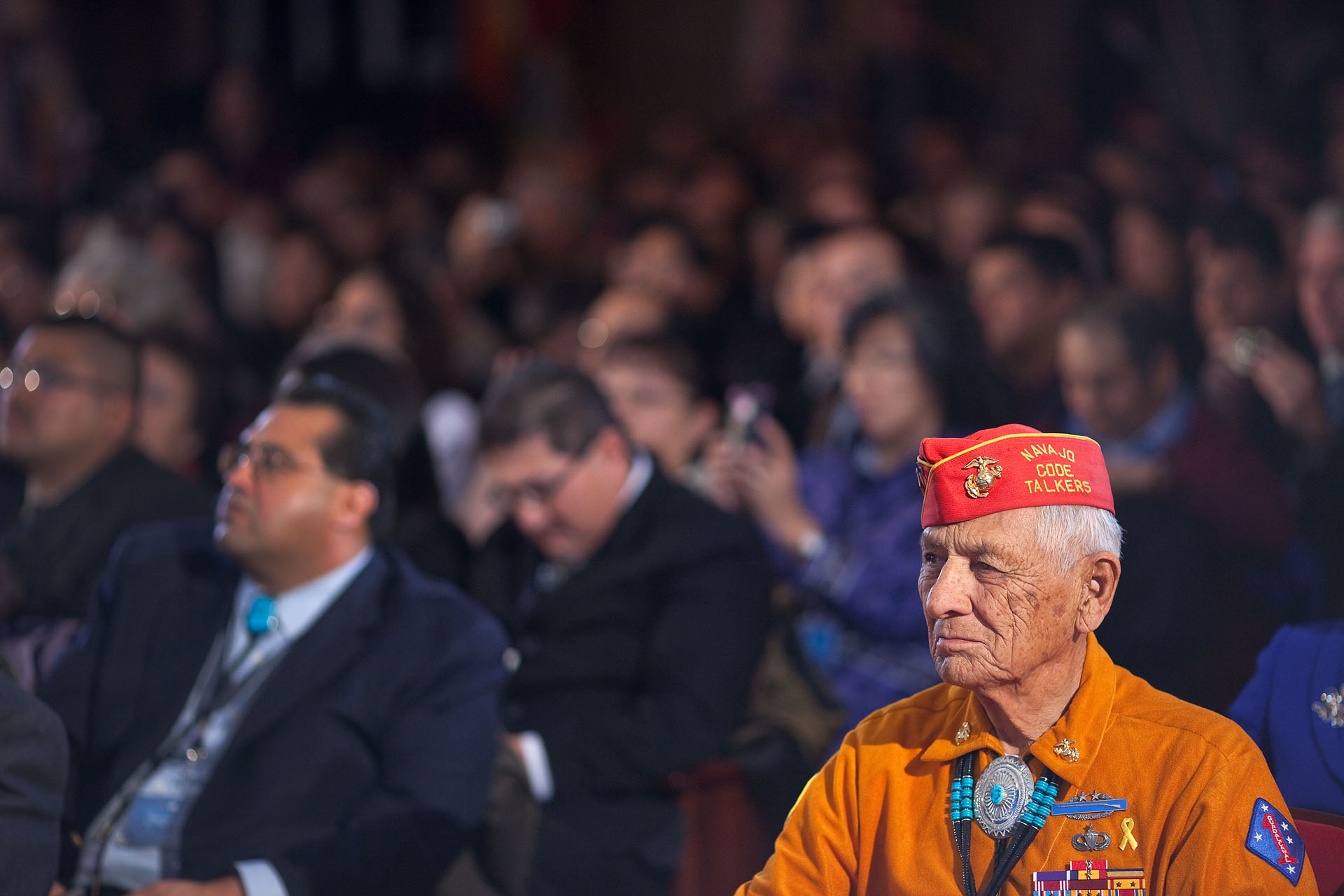 A Navajo Code Talker from WWII and others in the audience listen as President Barack Obama delivers remarks during the opening session of the Tribal Nations Conference at the U.S. Department of Interior in Washington, D.C. December 16, 2010. (Official White House Photo by Pete Souza)