December 20, 2010 at 7:05 PM ET by Lynn Rosenthal
Twitter Facebook Email
Summary:
President Obama signs the reauthorization of the Child Abuse Prevention and Treatment Act (CAPTA) which includes the Family Violence Prevention and Services Act (FVPSA). This bill will help end abuse, give hope to victims, and provide families with the help they need. 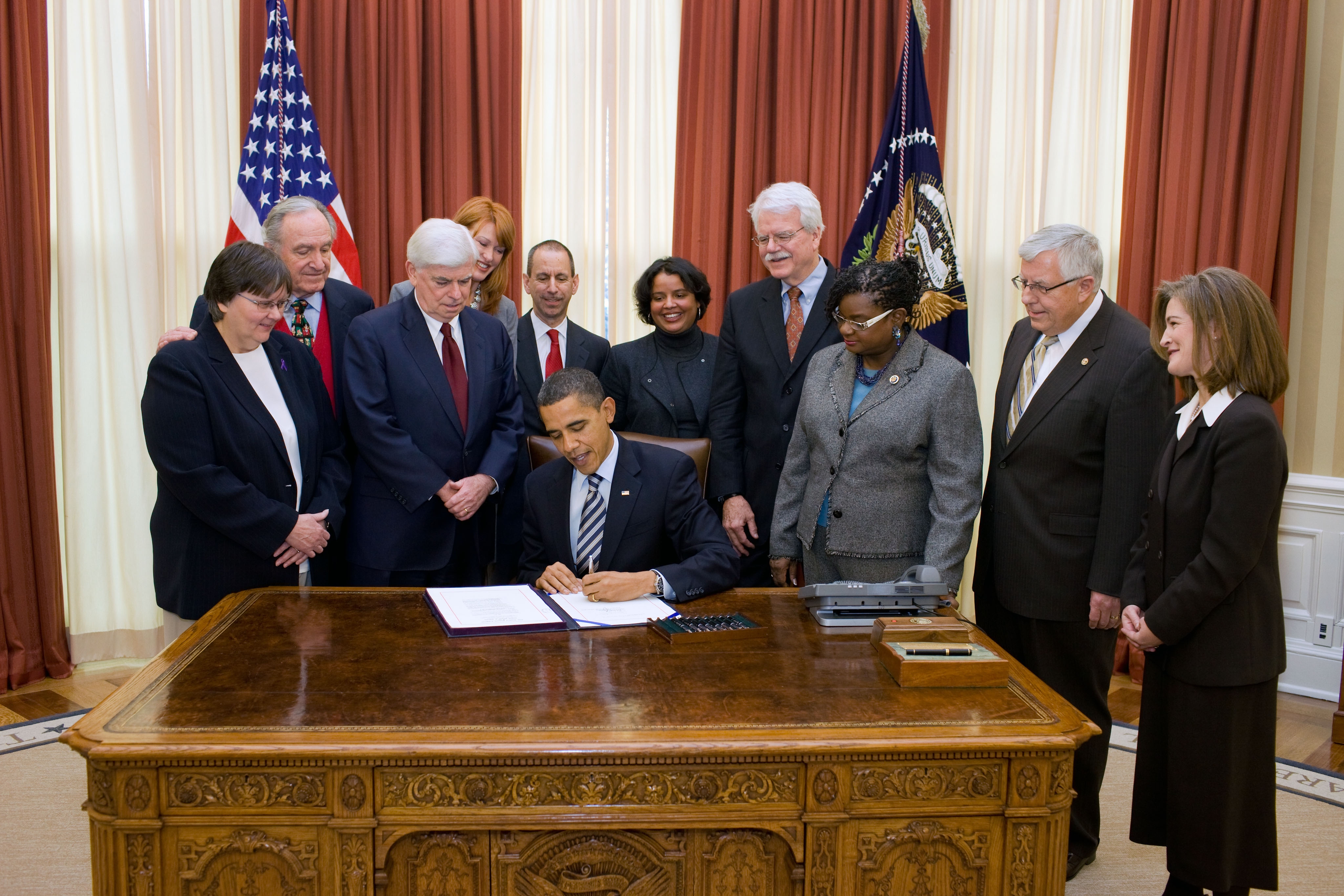 This afternoon, I stood in the Oval Office and watched as President Obama signed the reauthorization of the Child Abuse Prevention and Treatment Act (CAPTA) which includes the Family Violence Prevention and Services Act (FVPSA.)  As he signed this crucial bill into law, the President was surrounded by Senators and Representatives, both Democrats and Republicans, and national advocates who work every day to end domestic violence and child abuse.

In 2008, 772,000 children were victims of abuse and neglect.  Nearly 2,000 of those children died. By providing states and local communities with new tools to identify and treat abuse and neglect, CAPTA-funded services will continue to protect children across the country.  Prevention efforts will help parents by addressing high risk-factors like substance abuse, mental illness and domestic violence.

Domestic violence still affects 1 in 4 women in states and territories across the country.  FVPSA funds nearly 1,700 shelters and service programs for victims of domestic violence and their children.  It also supports the National Domestic Violence Hotline, whose staff and volunteers answer more than 22,000 calls for help each month and link victims with the resources they need to rebuild their lives.

Thanks to the bi-partisan work of members of Congress who were with us today, CAPTA and FVPSA will help end abuse, give hope to victims, and provide families with the help they need. As we gathered in the Oval Office, I was thinking of the many abuse survivors I have met over the years. Thanks to CAPTA and FVPSA, their future looks brighter.

Lynn Rosenthal is White House Advisor on Violence Against Women