The President Signs Repeal of "Don't Ask Don't Tell": "Out of Many, We Are One"

December 22, 2010 at 12:35 PM ET by Jesse Lee
Twitter Facebook Email
Summary:
The President puts in motion the end of a policy that has hurt our military as a whole, that has forced thousands of those who serve to do so under a cloud of anxiety and isolation, and that has stood as a symbol of the barriers to unity and equality in our country.
[[nid:24647]]

With his signature today, the President put in motion the end of a policy that has hurt our military as a whole, that has forced thousands of those who serve to do so under a cloud of anxiety and isolation, and that has stood as a symbol of the barriers to unity and equality in our country.  As the President put it, "For we are not a nation that says, 'don't ask, don’t tell.' We are a nation that says, 'Out of many, we are one.'" 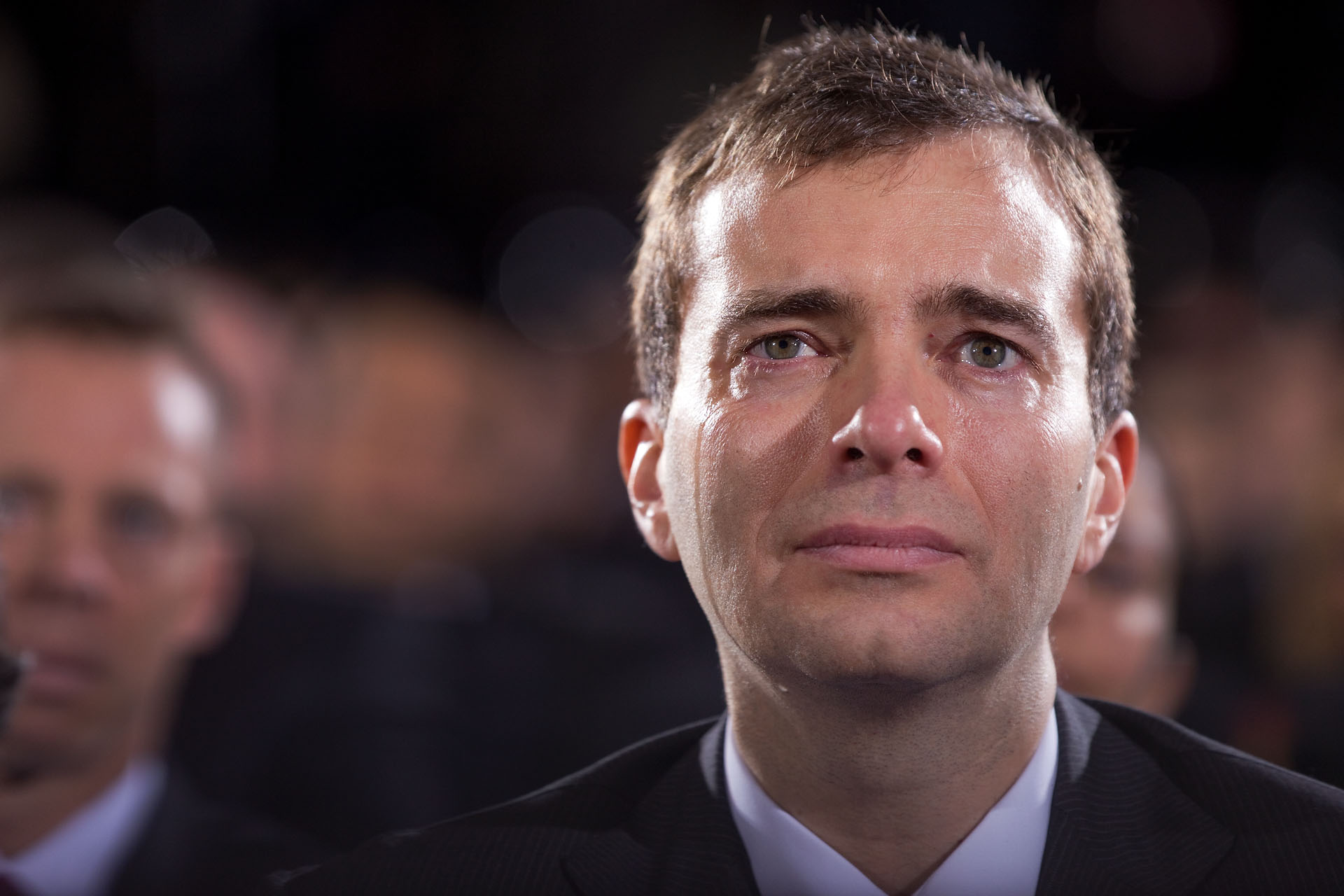 People in the audience listen as President Barack Obama speaks before signing the Don't Ask, Don't Tell Repeal Act of 2010 during a ceremony at the Interior Department in Washington, D.C. December 22, 2010. (Official White House Photo by Pete Souza)

Admiral Mike Mullen, Chairman of the Joint Chiefs of Staff – one of many to receive a standing ovation during the signing ceremony – has made the case consistently on the effect this policy has had on thousands of our troops, and the President quoted him saying “Our people sacrifice a lot for their country, including their lives. None of them should have to sacrifice their integrity as well.”  The President added:

I want to express my gratitude to the men and women in this room who have worn the uniform of the United States Armed Services.  (Applause.)  I want to thank all the patriots who are here today, all of them who were forced to hang up their uniforms as a result of “Don’t Ask, Don’t Tell” -- but who never stopped fighting for this country, and who rallied and who marched and fought for change.  I want to thank everyone here who stood with them in that fight. 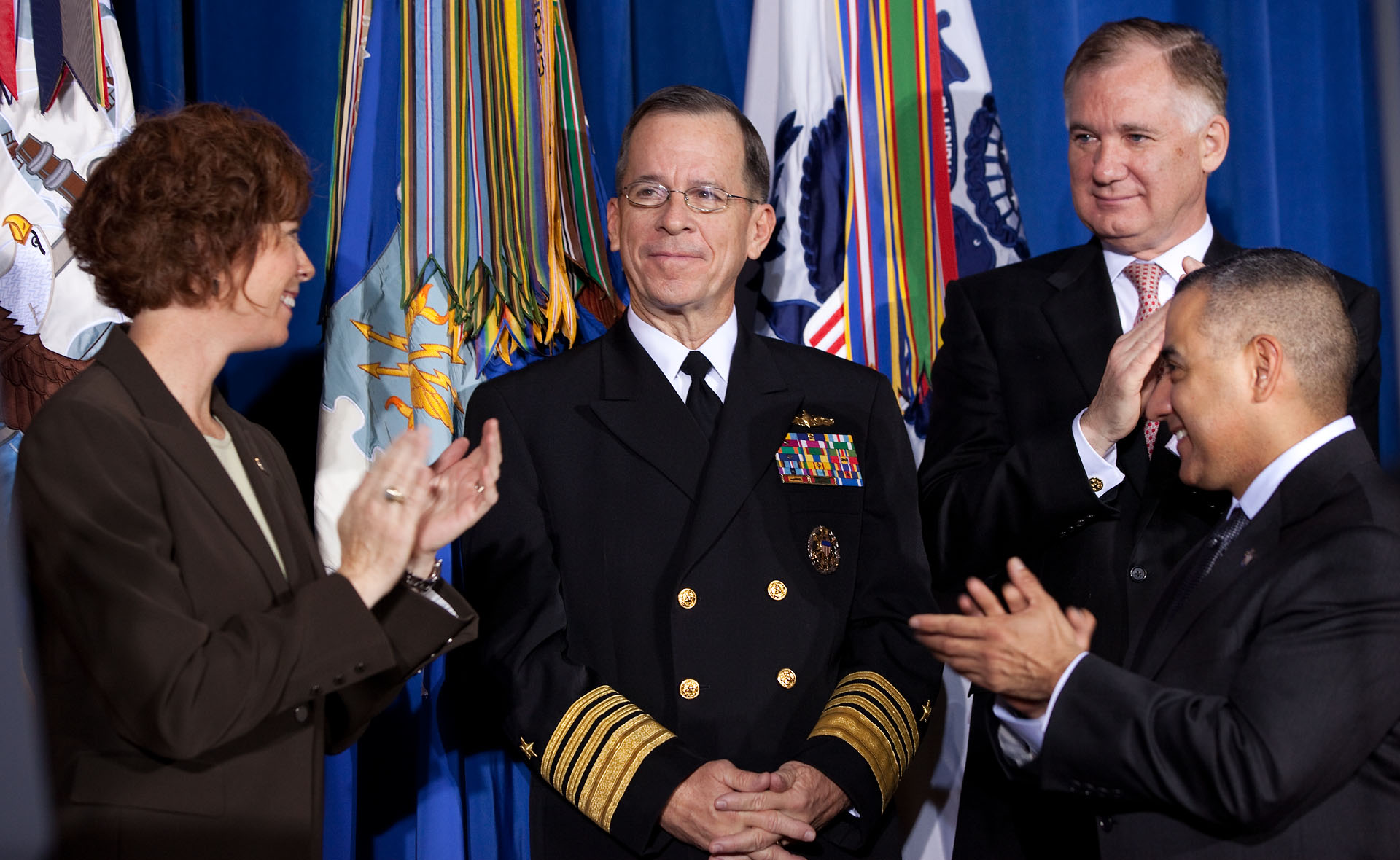 Chairman of the Joint Chiefs of Staff Admiral Mike Mullen is acknowledged before President Barack Obama signs the Don't Ask, Don't Tell Repeal Act of 2010 during a ceremony at the Interior Department in Washington, D.C. December 22, 2010. (Official White House Photo by Pete Souza)

The entire event was profound, and the President's remarks are well worth reading in full, but perhaps the most moving part of the President’s remarks was a story he opened with:

You know, I am just overwhelmed.  This is a very good day.  (Applause.)  And I want to thank all of you, especially the people on this stage, but each and every one of you who have been working so hard on this, members of my staff who worked so hard on this.  I couldn’t be prouder.

Sixty-six years ago, in the dense, snow-covered forests of Western Europe, Allied Forces were beating back a massive assault in what would become known as the Battle of the Bulge.  And in the final days of fighting, a regiment in the 80th Division of Patton’s Third Army came under fire.  The men were traveling along a narrow trail.  They were exposed and they were vulnerable.  Hundreds of soldiers were cut down by the enemy.

And during the firefight, a private named Lloyd Corwin tumbled 40 feet down the deep side of a ravine.  And dazed and trapped, he was as good as dead.  But one soldier, a friend, turned back.  And with shells landing around him, amid smoke and chaos and the screams of wounded men, this soldier, this friend, scaled down the icy slope, risking his own life to bring Private Corwin to safer ground.

For the rest of his years, Lloyd credited this soldier, this friend, named Andy Lee, with saving his life, knowing he would never have made it out alone.  It was a full four decades after the war, when the two friends reunited in their golden years, that Lloyd learned that the man who saved his life, his friend Andy, was gay.  He had no idea.  And he didn’t much care.  Lloyd knew what mattered.  He knew what had kept him alive; what made it possible for him to come home and start a family and live the rest of his life.  It was his friend.

And Lloyd’s son is with us today.  And he knew that valor and sacrifice are no more limited by sexual orientation than they are by race or by gender or by religion or by creed; that what made it possible for him to survive the battlefields of Europe is the reason that we are here today.   (Applause.)  That's the reason we are here today.  (Applause.)

The President stressed for the sake of those in uniform now that he, the Defense Secretary and the Chairman of the Joint Chiefs still need to certify that the military has made any needed preparations for the transition before repeal goes into effect, but also gave this assurance: “I have spoken to every one of the service chiefs and they are all committed to implementing this change swiftly and efficiently.  We are not going to be dragging our feet to get this done.”  He went on to express complete confidence that those who serve in our military will easily adapt, quoting one service member who contributed to the Pentagon’s exhaustive study:

As one special operations warfighter said during the Pentagon’s review -- this was one of my favorites -- it echoes the experience of Lloyd Corwin decades earlier:  “We have a gay guy in the unit.  He’s big, he’s mean, he kills lots of bad guys.”  (Laughter.)  “No one cared that he was gay.”  (Laughter.) And I think that sums up perfectly the situation.  (Applause.) 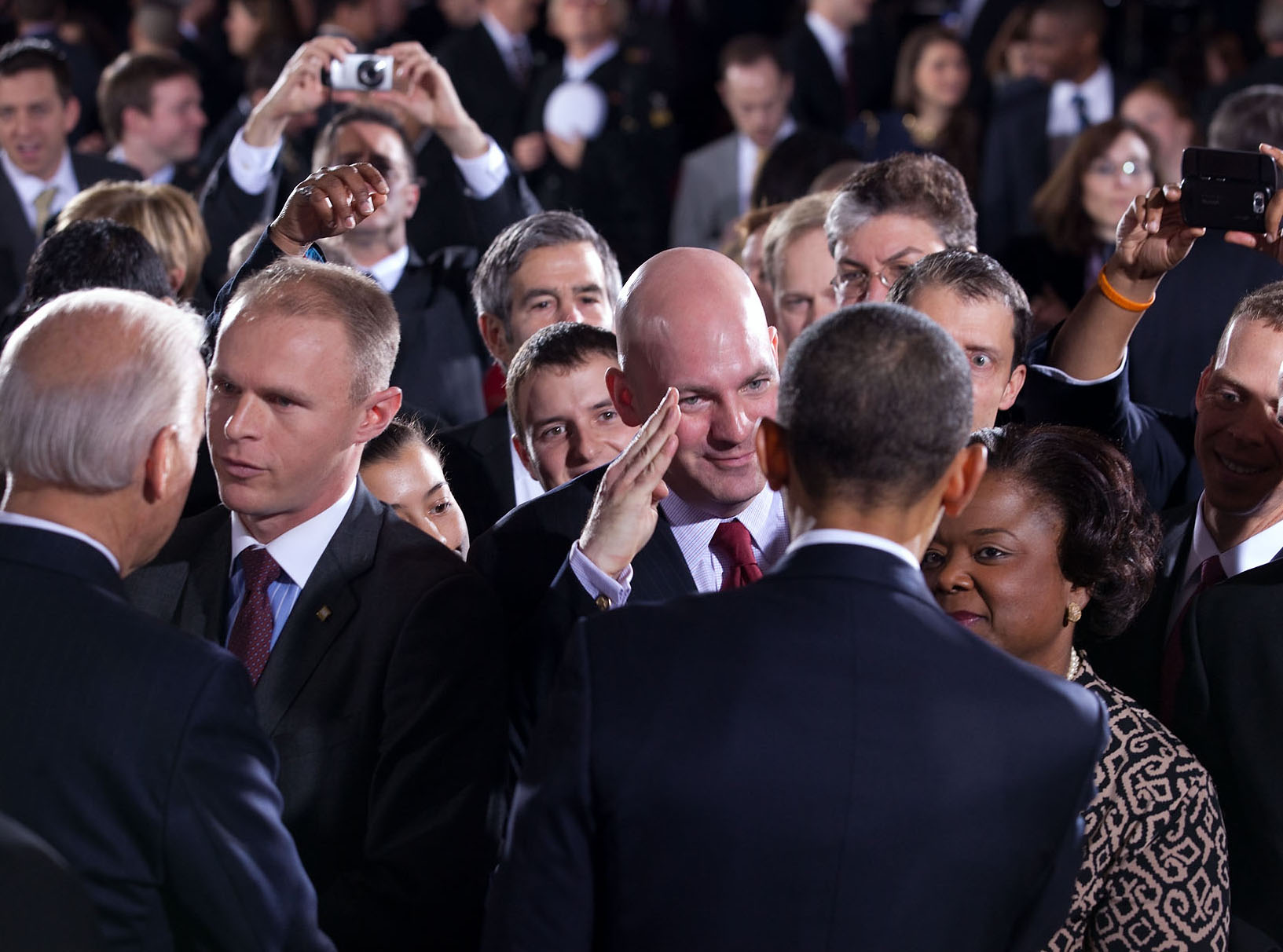 President Barack Obama and Vice President Joe Biden shake hands with people in the audience after signing the Don't Ask Don't Tell Repeal Act of 2010 at the Department of the Interior in Washington, D.C. December 22, 2010. (Official White House Photo by Samantha Appleton)