The migration of Asian carp from the Mississippi River toward Lake Michigan is one of the most serious invasive species threats facing the Great Lakes today. Asian carp have left a trail of destruction in their wake, harming the ecosystems, the economy, and the experience of recreational and commercial boaters along the Mississippi river system.  We cannot allow them to establish self-sustaining populations in the Great Lakes.

As CEQ's Asian Carp Director, I chair the Asian Carp Regional Coordinating Committee (ACRCC), a group of Federal, state and local officials working collaboratively to combat Asian carp. I also oversee the Obama Administration's comprehensive Asian carp control strategy, an unprecedented, multi-million dollar effort to address an invasive species proactively, instead of responding after the damage has already been done.

As a fisherman from the Great Lakes state of Indiana, the impact and gravity of the destruction that Asian carp can inflict hits close to home for me. I recognize the potential destruction to a fisherman's livelihood if Asian carp push out our native fish species, and I know firsthand the fear these large fish cause when they fly through the air, threatening to damage our boats and harm the people on them. 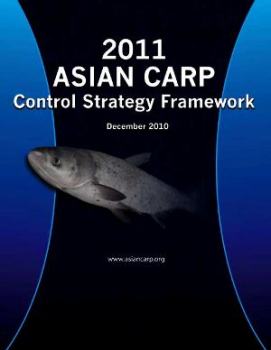 Last week, we released our 2011 Asian Carp Control Strategy Framework, outlining a series of new projects to build on the successes of our 2010 Framework.  The plan includes 45 initiatives that focus on physical barricades to close off pathways into the Great Lakes and prevent carp from moving around during floods, as well as measures to target and remove any Asian carp that are in waterways near our Great Lakes.  We are also developing biological controls, such as Asian-carp specific poisons and sonic barriers, that could repel or create reproductive interference to slow the proliferation of these fish.  You can read more about the framework at www.asiancarp.org.

We currently have a unique opportunity to prevent Asian carp from developing self sustaining populations and possibly inflicting untold damage on the ecosystem, economy and recreational resources of the Great Lakes.  I am committed to ensuring that our Great Lakes and the interests of the people who depend on them are protected from the devastating effects of this invasive species.