January 19, 2011 at 6:50 PM ET by Kori Schulman
Twitter Facebook Email
Summary:
The First Lady focuses on the importance of studying abroad in support of the President’s “100,000 Strong Initiative” – a program that aims to increase the number of Americans who have the opportunity to study in China.

Ed. Note: Read more about the “100,000 Strong Initiative” and new efforts to increase the number and diversity of American students studying in China.

“So we’ve had a pretty busy morning at the White House,” said Mrs. Obama, addressing an audience of more than a thousand young people from the Washington, DC area. President Obama and the First Lady began the day by welcoming Chinese President Hu Jintao for a State Visit.

Following the Arrival Ceremony, and continuing her focus on engaging youth around the world, the First Lady spoke to students about the importance of building relationships with their peers in China and creating a mutual understanding around the world. 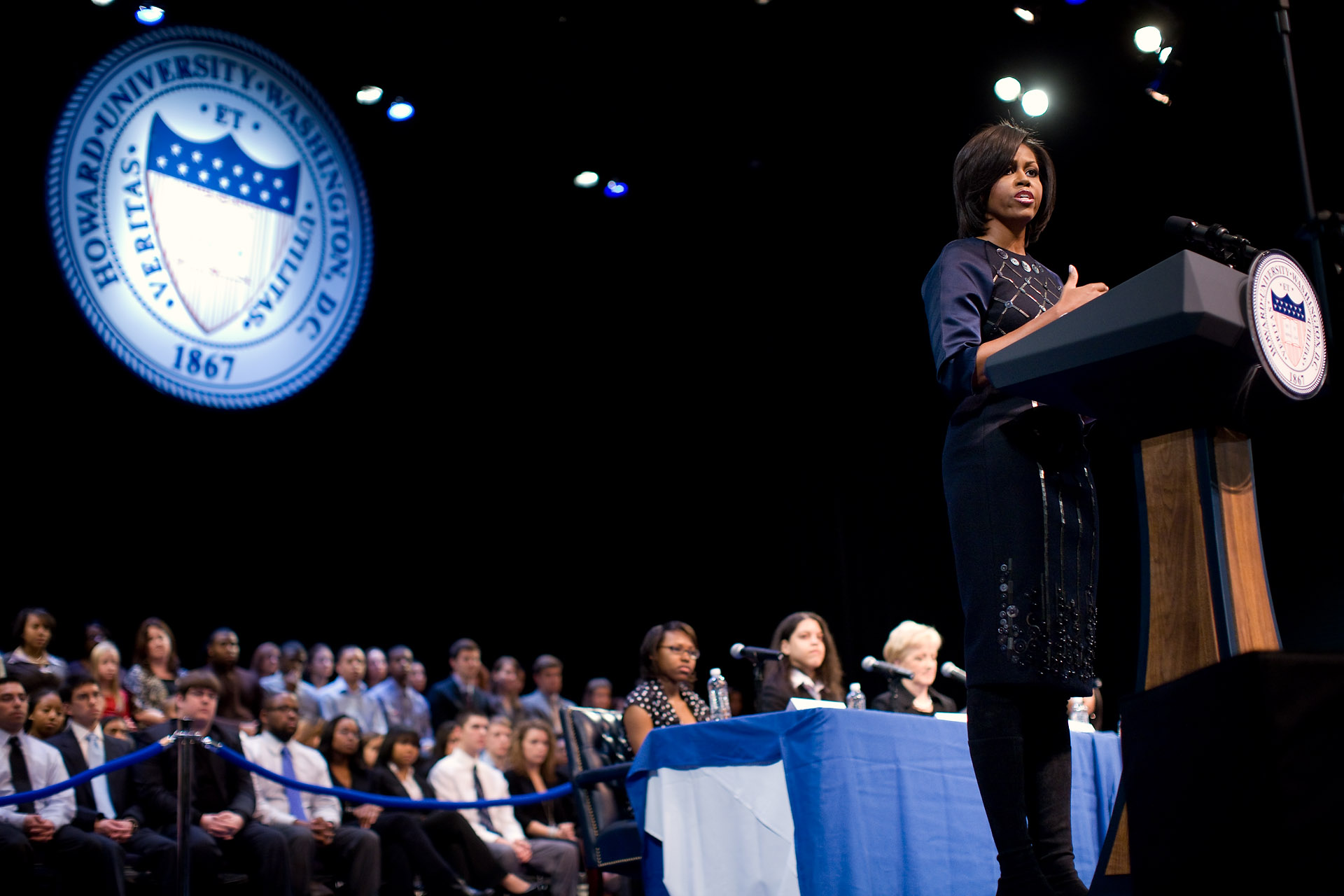 She focused on the importance of studying abroad in support of the President’s “100,000 Strong Initiative” – a program that aims to increase the number of Americans who have the opportunity to study in China:

The fact is, with every friendship you make, and every bond of trust you establish, you are shaping the image of America projected to the rest of the world.  That is so important.  So when you study abroad, you’re actually helping to make America stronger.

And these experiences also set the stage for young people all over the world to come together and work together to make our world stronger, because make no mistake about it, whether it’s climate change or terrorism, economic recovery or the spread of nuclear weapons, for the U.S. and China, the defining challenges of our time are shared challenges.  Neither of our countries can confront these alone.  The only way forward, the only way to solve these problems, is by working together.

That’s why it is so important for more of our young people to live and study in each other’s countries. That’s how, student by student, we develop that habit of cooperation, by immersing yourself in someone else’s culture, by sharing your stories and letting them share theirs, by taking the time to get past the stereotypes and misperceptions that too often divide us.

She spoke about the students in the United States that don’t have the chance to study abroad or are reluctant to seize the opportunity. She could relate:

Maybe they may feel like study abroad is something that only rich kids do, or maybe kids who go to certain colleges; they’re the only ones who do that.  They may hear those voices of doubt in their heads -- you know, the ones that say that, “Kids like me don’t do things like that,” or “How will this really be relevant in my life?”

Now, I say this because I understand these feelings.  I felt that same way back when I was in college.  I grew up in a blue-collar neighborhood on the South Side of Chicago, and the idea of spending time abroad just never registered with me.  My brother and I were among the first in our families to go to college.  So, trust me, we were way more focused on getting in, getting through, and getting out -- (laughter and applause) -- than we were with finding opportunities that would broaden our horizons.

And the truth is, with the high cost of college these days, many young people are struggling just to afford a regular semester of school -- (applause) -- let alone pay for the airline tickets and the living expenses to go halfway around the world.

So we know that it’s not enough for us to simply encourage more people to study abroad.  We also need to make sure that they can actually afford it. 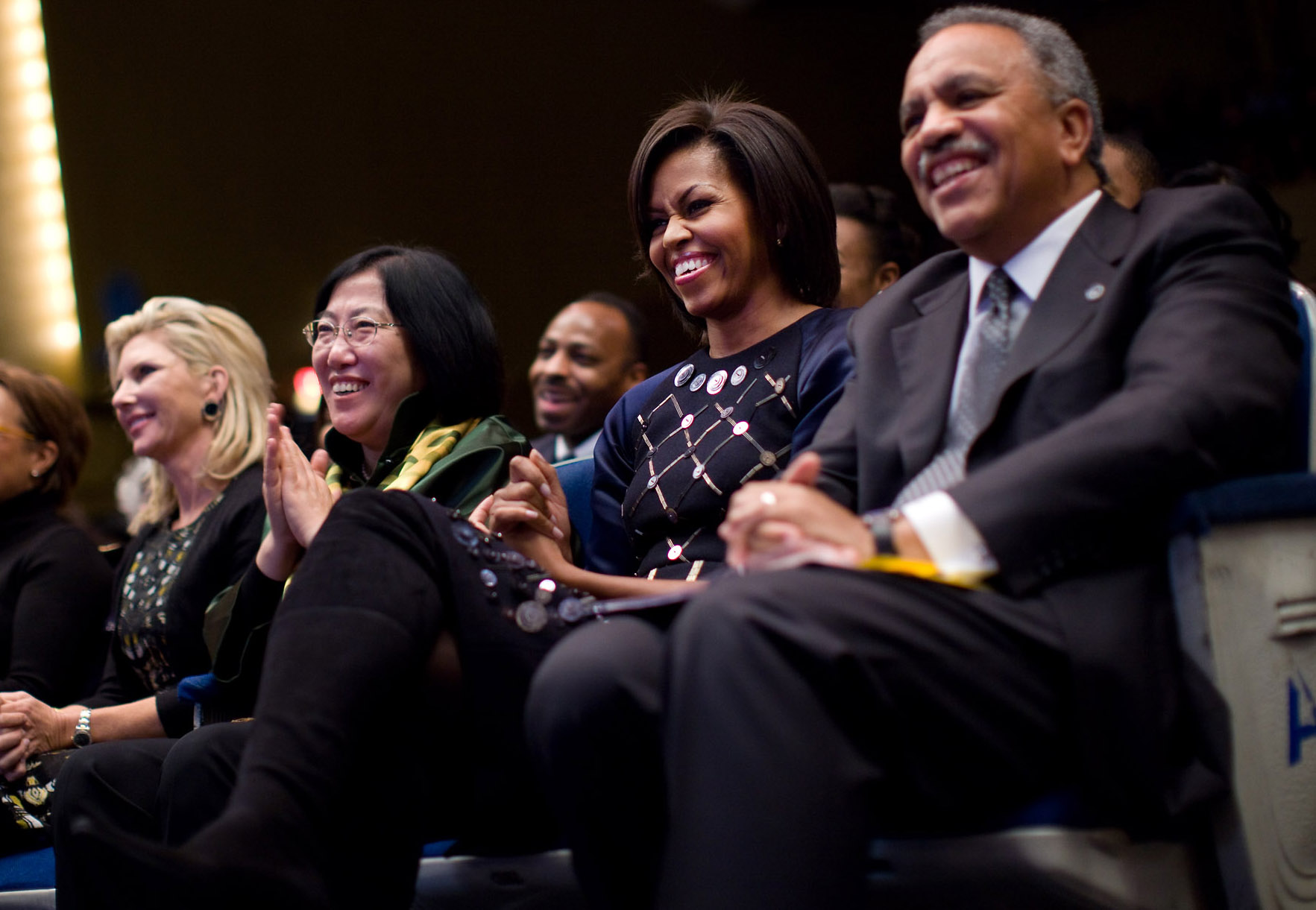 During the President’s visit to China he announced the “100,000 Strong Initiative” to increase both the number and the diversity of young people from the U.S. studying in China. Today, the First Lady highlighted a series of efforts that will help support this goal, including: