January 21, 2011 at 1:17 PM ET by Max Finberg
Twitter Facebook Email
Summary:
Max Finberg recaps the Jan. 4 White House Office of Faith-based and Neighborhood Partnerships consultation with faith-based development leaders on ending global hunger, and reports on some of the positive feedback from participants. 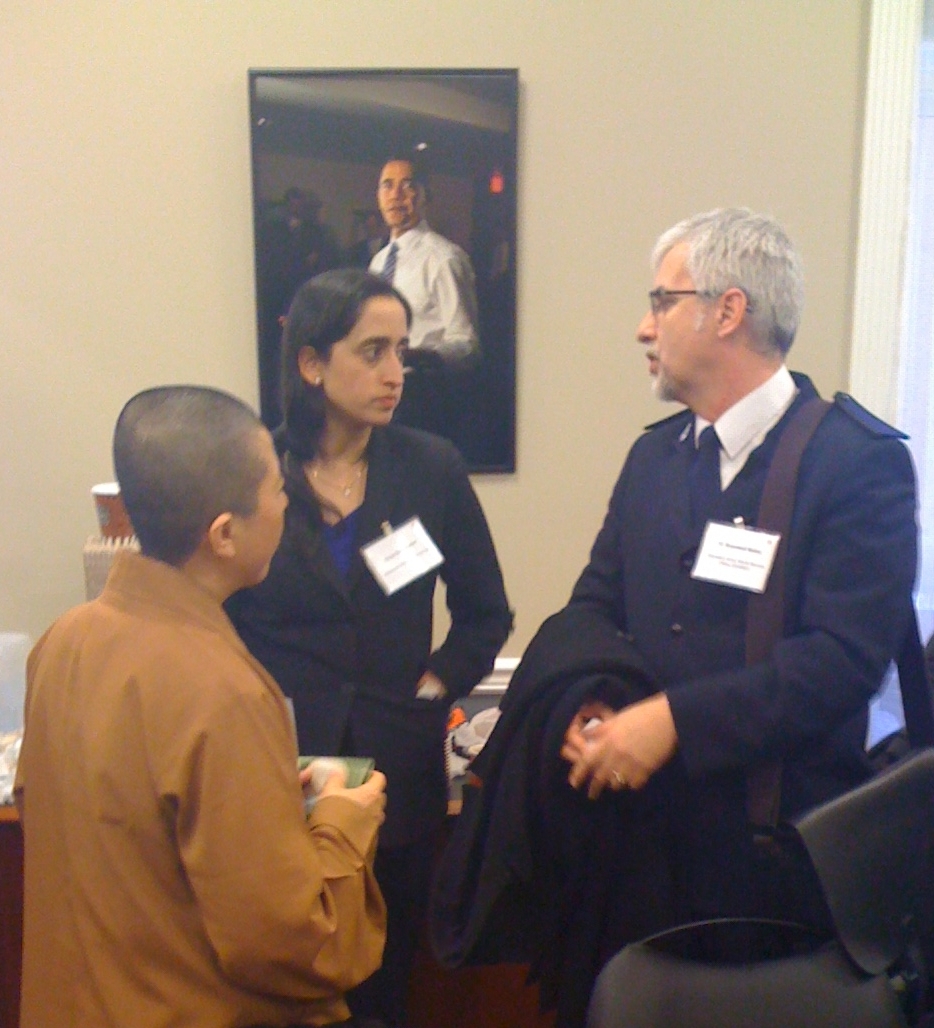 One of the most rewarding things about serving in the Obama Administration is the opportunity I have to witness and participate in watershed moments in the government’s relationship to the non-profit community.  One of those moments took place Tuesday, January 4th, when I was privileged to participate in a White House consultation with faith-based development leaders on Feed the Future, the Administration’s global hunger and food security initiative.  This day-long meeting was the result of collaborative efforts between the White House Office of Faith-Based and Neighborhood Partnerships, the U.S. Agency for International Development (USAID), the U.S. Department of Agriculture (USDA) and the U.S. Department of State.  The consultation was unique in a number of respects, and has already generated a wave of positive feedback.

When we began to plan this meeting, we decided that it should be different in two fundamental ways from the way the government has traditionally interacted with the faith community around the issue of global hunger.  First, we broadened the invite list far beyond the faith-based NGOs that are usually at the table.  The participants at this consultation represented three broad groups of faith-based organizations active in feeding hungry people around the world:

Examples of the more than 30 organizations represented at the consultation include World Vision, Islamic Relief, MAZON:  A Jewish Response to Hunger, and Willow Creek Community Church.

The second difference was the strong focus on group discussion, attendee input, and relationship building.  For much of the consultation, Administration officials listened while the attendees shared their deep and broad expertise on hunger relief, agricultural development, and effective engagement of civil society in the developing world.   In demonstration of the U.S. Government’s commitment to NGO collaboration, Dr. Rajiv Shah, Administrator of USAID, announced four exciting opportunities for NGOs to partner with USAID on Feed the Future.  US Ambassador to the United Nation’s agencies for food and agriculture, Ertharin Cousin, was also keen to engage these groups in the UN’s work to address global hunger.  She is already engaging some of these groups in an effort by the UN’s Food and Agriculture Organization to plant fruit trees as a way of helping Haiti move forward.

As the consultation concluded, I was humbled and inspired by the positive feedback we received from attendees.  Dave Donaldson, the co-founder of Convoy of Hope, told us that it was the best government meeting he’d ever attended.  Andrew Ryskamp, Director of the Christian Reformed World Relief Committee, highlighted the Administration’s “humble openness to receiving input.”  Ruth Messinger, the President and CEO of American Jewish World Service, emphasized that she considers Feed the Future to be “an extraordinary initiative.”  Finally, John McCullough, the executive director and CEO of Church World Service, remarked in a blog post that the consultation was "one of the most encouraging meetings in years with USAID officials," and said it was "equally exciting to witness the collaboration with the State Department and the USDA.  Under the leadership of President Obama, the government seems poised to follow through on his inaugural address commitment to work towards eradicating global hunger and poverty."

Everyone in the Administration who worked on this meeting deeply appreciates the invaluable insights that we gained from our guests at this consultation.  We strongly value the relationships that were developed and deepened on Tuesday, and are excited to continue working together to end global hunger in the months and years to come.

If you would like to comment about this posting or to receive more information, email collaborate (at) usda.gov.

Max Finberg is the Director of the Center for Faith-Based and Neighborhood Partnerships at the U.S. Department of Agriculture.