President Obama in Schenectady: “America is Still Home to the Most Creative and Most Innovative Businesses in the World”

Today, President Obama travelled to Schenectady, New York where he visited a General Electric (GE) plant building high-tech wind turbines and discussed about the importance of spurring innovation at home and selling our goods and services abroad. As the President said today “America is still home to the most creative and most innovative businesses in the world,” and we must harness our spirit of innovation and creativity to compete in the global economy.

The President also announced that GE Chairman and CEO Jeffrey Immelt will join his team of economic advisors as the head of the new White House Council on Jobs and Competitiveness -  a board to get Americans back to work and strengthen our economy.

In his remarks, President Obama discussed the importance of increasing exports of American goods and services abroad in order to accelerate growth and create jobs at home:

That’s why I’ve set a goal of doubling American exports within five years.  And we’re on track to do it.  We’re already up 18 percent and we’re just going to keep on going, because we’re going to sell more and more stuff all around the world.

When a company sells products overseas, it leads to hiring on our shores.  The deal in Samalkot means jobs in Schenectady.  That’s how we accelerate growth.  That’s how we create opportunities for our people.  This is how we go from an economy that was powered by what we borrow and what we consume -- that’s what happened over the last 10 years.  What was driving our economy was we were spending a lot on credit cards.  Everybody was borrowing a lot.  The Chinese were selling a lot to us.  Folks were selling a lot to us from all over the world.  We’ve got to reverse that.  We want an economy that’s fueled by what we invent and what we build.  We’re going back to Thomas Edison’s principles.  We’re going to build stuff and invent stuff.

The President also stressed the importance of educating and training the next generation of the American workforce to meet the demands of the high-tech jobs of the future.  GE and nearby Hudson Valley Community College have embraced this challenge with a unique partnership:

It means educating and training our people.  I just had a chance to meet one of the guys here at the plant who had been trained at Hudson Valley, which I had an opportunity to visit a while back.  And that's an example of the kind of partnerships that we’ve got to duplicate all across the country.

So ultimately winning this global competition comes down to living up to the promise of places like this.  Here in Schenectady, you’re heirs to a great tradition of innovation and enterprise:  the pioneering work of Edison that made the entire modern age possible -- the tungsten filaments that still light our homes; the x-rays that diagnose disease; now the advanced batteries and renewable energy sources that hold so much promise for the future. 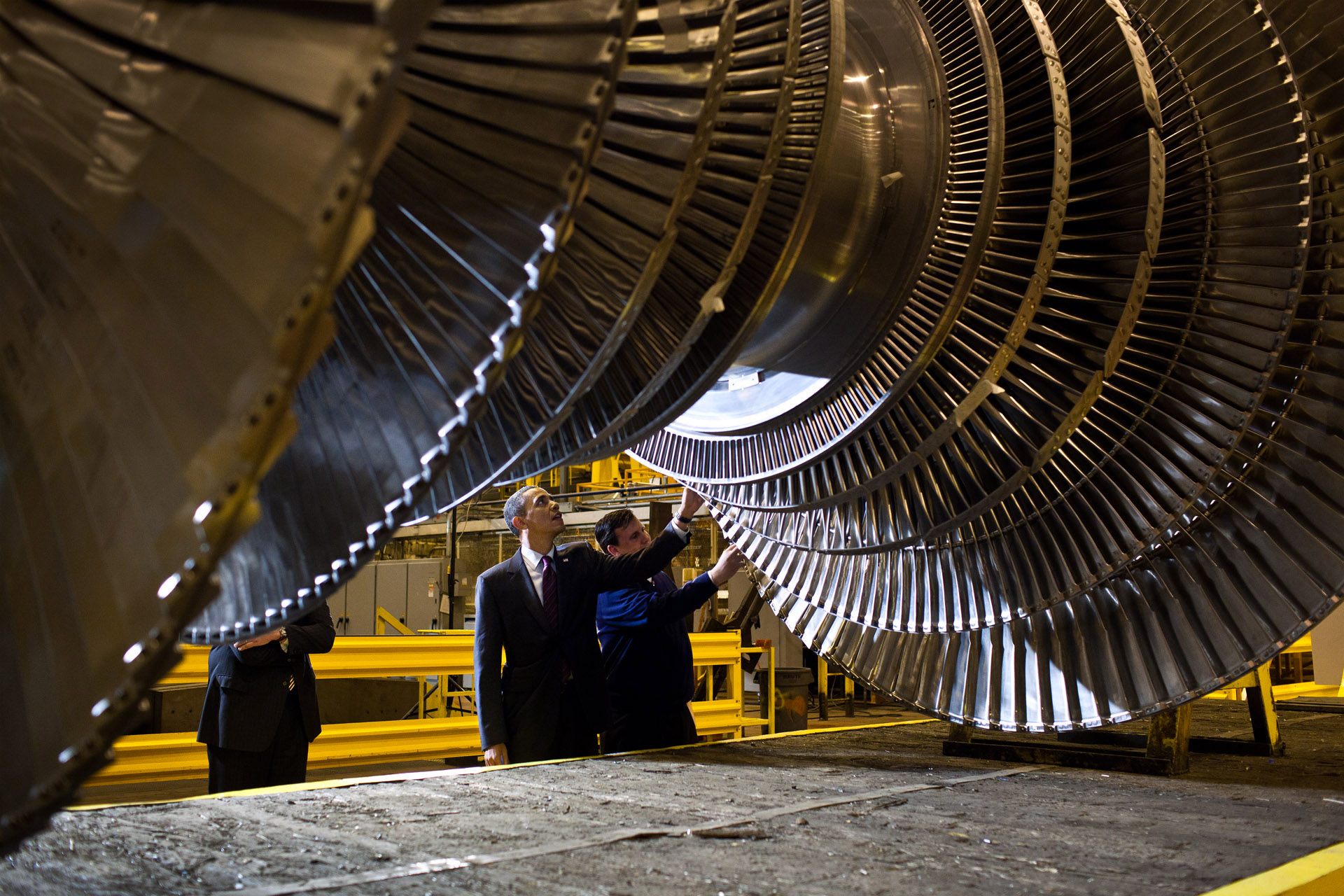