My Guests at Tonight’s State of the Union Address

Ed. Note: Tonight at 9 p.m. EST, the President delivers the State of the Union. Learn more about who’s in the First Lady’s box, our enhanced live stream presentation, opportunities to engage with Administration officials, or watch a new behind-the-scenes video.

I wrote yesterday about how proud I was to stand with the President and First Lady at the White House as we highlighted the efforts of the Federal government to support our nation’s military families. It was an honor to stand in the East Room and be surrounded by individuals who have dedicated themselves to serving our country. Today, I am particularly pleased to have two such special Americans join me as my guests at tonight’s State of the Union Address: Army Sergeant Brian Mast and his wife Brianna.

I met Brian and Brianna at one of my favorite events last year – the annual Thanksgiving dinner that my husband Joe and I host for wounded warriors and their families at the Vice President’s Residence. Joe and I are always filled with such gratitude for both the commitment and the enormous sacrifices made by the families who join us for this meal and at other events and meetings throughout the year. Families whose service to our country all too often goes unrecognized.

Last September, while Brianna was juggling the stresses of being a first-time mother with a deployed husband, Brian was seriously injured by a roadside bomb in Afghanistan -- losing both of his legs just below the knee and an index finger, while also suffering a broken arm and shrapnel wounds. Brianna moved from Michigan with her infant son, Magnum, to Walter Reed Army Medical Center to be by her husband’s side during his recovery. Day in and day out, Brianna has devoted herself to aiding her husband’s recovery while caring for their young son.

This Administration wants to shine a light on the enormous sacrifices military family members are making for our country. That’s why the First Lady and I are asking Americans to reach out to the military families in their community and to help lighten the burden on these families who give so much and who ask for so little in return. While only one percent of Americans serve in the military, we need 100 percent of Americans to support our service members and their families.

Army Sergeant Brian Mast and Brianna Mast are examples of the best America has to offer, and I am honored that they will be by my side during the President’s Address. 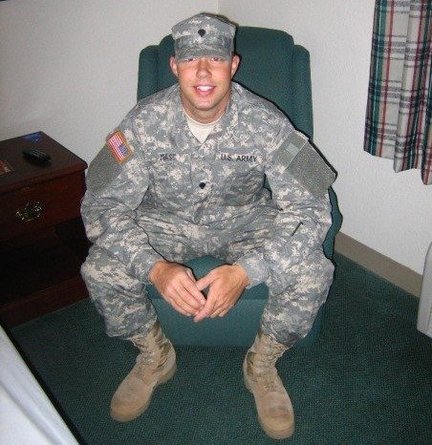 Staff Sergeant Brian Mast, a native of Grand Rapids, Michigan, and his wife Brianna will join Dr. Jill Biden as her guests for the 2011 State of the Union Address. Four years ago he joined the Special Forces and was trained in bomb disposal. Staff Sergeant Mast deployed to Afghanistan in July 2010 and was seriously injured by a roadside bomb on September 19, 2010. He lost both legs just below the knee and an index finger. Staff Sergeant Mast suffered a broken arm, shrapnel wounds, and a damaged ear drum in the blast and is currently recovering at Walter Reed.