January 27, 2011 at 9:44 AM ET by Kori Schulman
Twitter Facebook Email
Summary:
First Lady Michelle Obama speaks at the National Mentoring Summit, stressing the importance of mentors and the kids who rely on them.

Ed. Note: January is National Mentoring Month. Visit Serve.gov to learn more about how you can get involved.

On Tuesday afternoon, First Lady Michelle Obama delivered the keynote address at the National Mentoring Summit joined by guests including Secretary of Education Arne Duncan, and Patrick Corvington, CEO of the Corporation for National and Community Service. On the importance of mentors, The First Lady stated, "Kids don’t need you to be Superman. They just need you to be there. They need you to be someone they can count on." 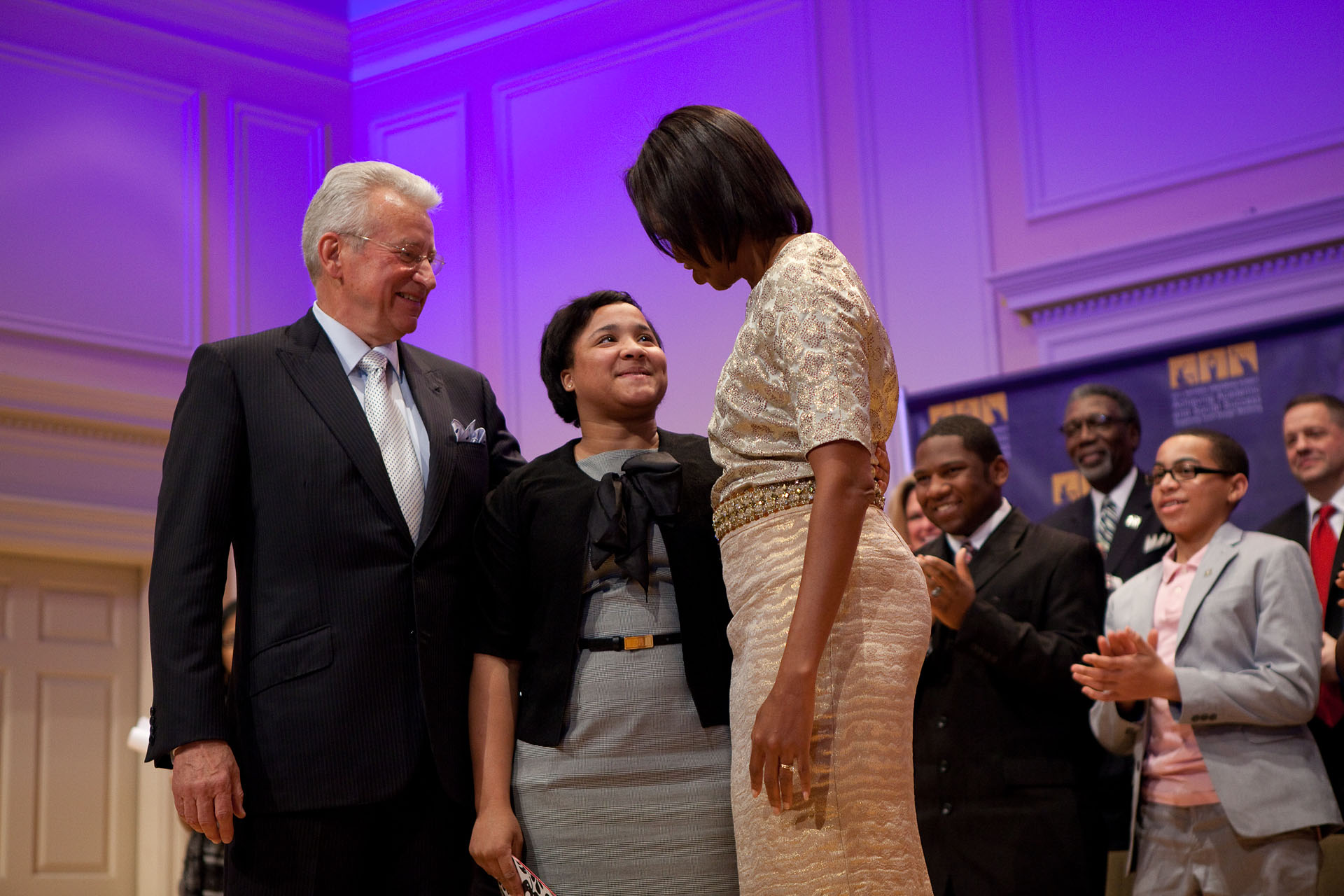 She emphasized the positive impact a mentor has in a child's life:

Studies have shown that young people with mentors are more likely to graduate from high school and set higher goals for themselves, and they’re less likely to skip school, use drugs, or fight, or as Deneen said, talk back to their parents.  (Laughter.)  I don't know if the studies said that, but I’m sure -- (laughter) -- that that is an important byproduct of mentoring.  (Laughter.)  By watching their mentors, children learn to expect more from themselves, they learn to reach just a little higher, they learn how to handle conflict and disappointment when things don’t work out right.

Mentorship has long been a priority to the First Lady. She launched the White House Mentoring and Leadership initiative in 2009 that matches White House staffers with local students, and took that model on the road, hosting events around the country. At the Summit, Mrs. Obama made an exciting announcement to further her mission. She announced that the Corporation for National and Community Service has teamed up with several major companies to establish a Corporate Mentoring Challenge:

This is a program calling on businesses of all sizes to allow their employees to mentor for short periods during the work day, giving kids positive role models and offering employees a way to give back. And they’ve already received new commitments from leading companies who have agreed to harness their resources and help us make a difference on a very large scale.  We want to do things big.

In closing, Mrs. Obama said, "We should always have three friends in our lives -- one who walks ahead who we look up to and we follow; one who walks beside us, who is with us every step of our journeys; and then, one who we reach back for and we bring along after we’ve cleared the way." 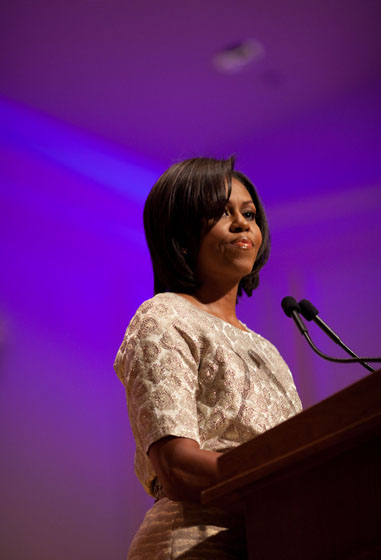