By recognizing individuals and organizations that have dedicated themselves to nurturing the technical talent of our country, the PAESMEM awards highlight the crucial role that mentoring plays in unlocking the potential of promising young scientists, engineers, and mathematicians.  The awards recognize in particular mentoring efforts that have enhanced the participation of individuals who are typically underrepresented in STEM disciplines and fields, including women, minorities, and persons with disabilities.

Through a wide range of initiatives, including undergraduate research programs to provide students with valuable in-lab experience, teacher training programs for high school math and science instructors, and a science education outreach program for low-income families, this year’s awardees are having an impact along the entire STEM pipeline.

The Oval Office meeting was followed by an awards ceremony in the Eisenhower Executive Office Building, where OSTP Director Dr. John Holdren offered keynote remarks and provided the awardees with certificates as well as a personal letter from the President. In his remarks, Dr. Holdren underscored the importance of mentoring in his own education. And he talked about his recent meeting with four young science students who had won national or international awards and had been invited by First Lady Michelle Obama to sit with her during the President’s State of the Union Address. When he asked the four what had most inspired them to pursue work in science and engineering, Dr. Holdren said, “Every one of them talked about a mentor as being crucial.”

PAESMEM awardees receive $10,000 awards from the National Science Foundation, which administers the awards on behalf of the White House, to advance their mentoring efforts. They also receive an expense-paid trip to Washington, D.C.—most arrived on Monday this week—for a series of events including professional development activities and meetings with members of the Administration. This year’s awardees met with key staff from the White House Mentoring Initiative and the White House Council on Women and Girls, as well as Dr. Jim Gates, a member of the President’s Council of Advisors on Science and Technology renowned for his work in STEM education.

Congratulations to the recipients of this award! 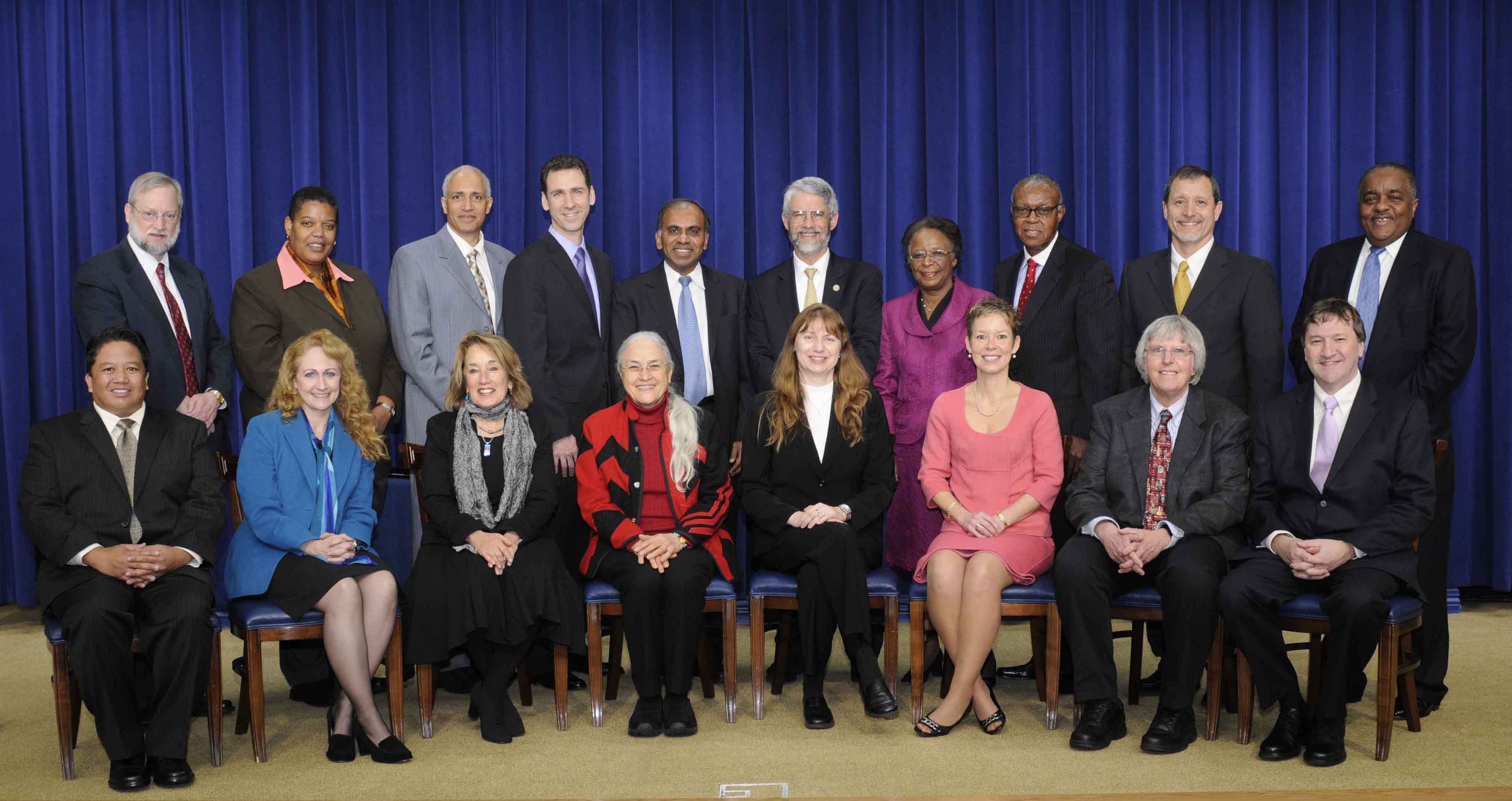