When people hear about the First Lady's Let's Move initiative, the first thing they think of may not be the impact on our military -- but as it turns out it is extremely relevant. Yesterday First Lady Michelle Obama traveled to Fort Jackson, a U.S. Army Training Center in South Carolina, to be briefed by Army leadership on the consequences of childhood obesity, poor childhood nutrition and the lack of physical exercise on military readiness, and tour the post’s new “Soldier Athlete" initiative. 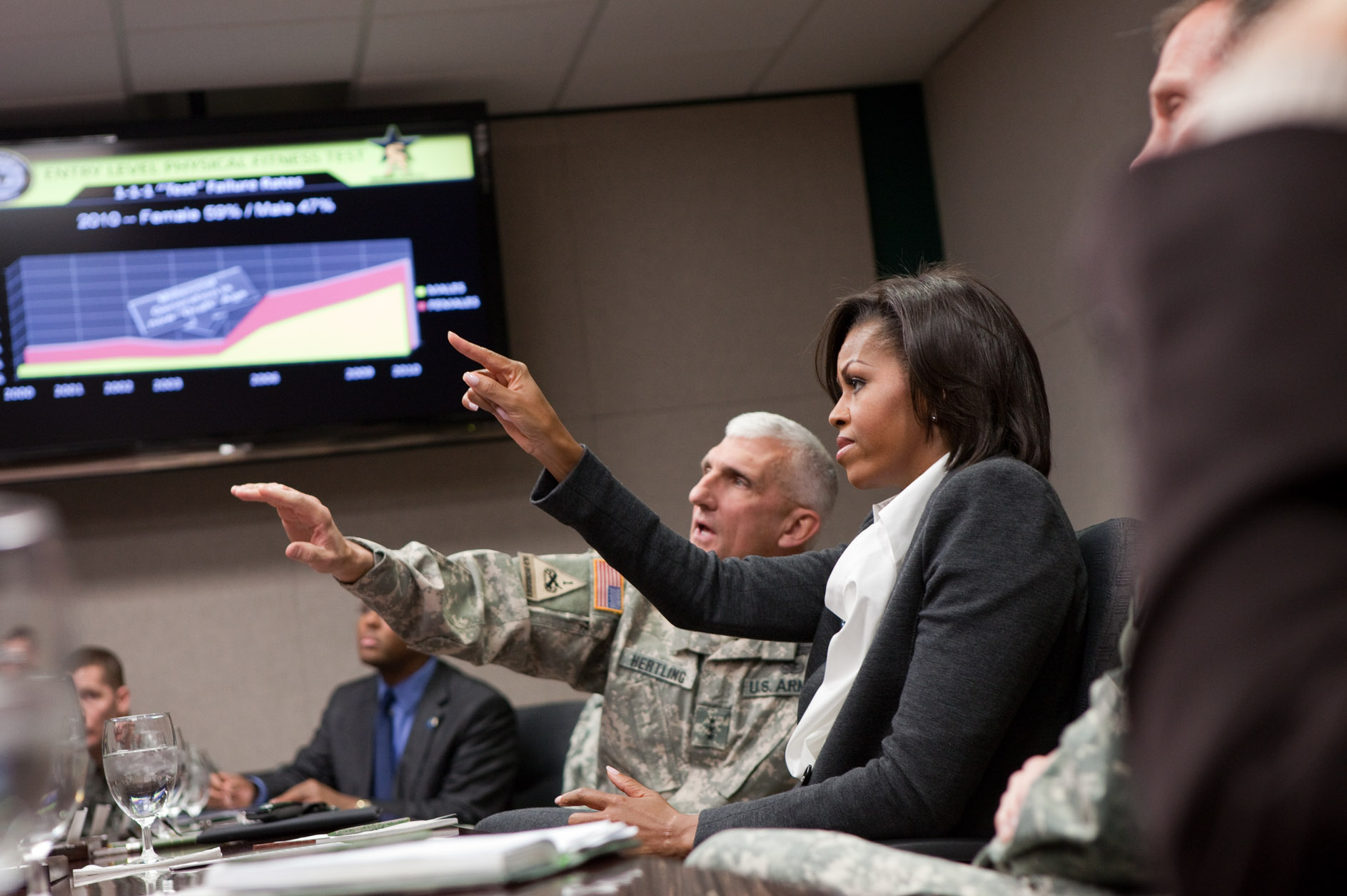 During the briefing, we heard about the challenges the Army faces because of the childhood obesity epidemic. Of the 120,000 Army recruits they get every year, 40% are overweight or obese. The Army gave a presentation that included some alarming data such as the increasing rates of stress injuries and rising dental care costs. In the year 2000, 42% of their recruits needed dental care before they could be deployed. In 2009, this number jumped to 62%.


General Hertling and his team attribute the poor fitness of their recruits to many factors including the increase in supersizing, sugary foods and beverages in children’s diets, the lack of milk consumption, and the consequences of many schools cutting physical education and nutrition education in the mid-1990s.

But there is hope. There are lessons we can learn from the Army.  The Army realized that talking about healthy eating and exercise was not motivating enough to change behavior.  They started a program called “Fueling the Soldier” which has three components: fitness, athletic training and nutrition.  With education, General Hertling and his team has said recruits are learning how to eat for high performance and how to take care of their fitness. And the most surprising thing that they learned was that it did not take long for the recruits to adopt the program and it did not cost them any additional money to change the menus in the mess hall. 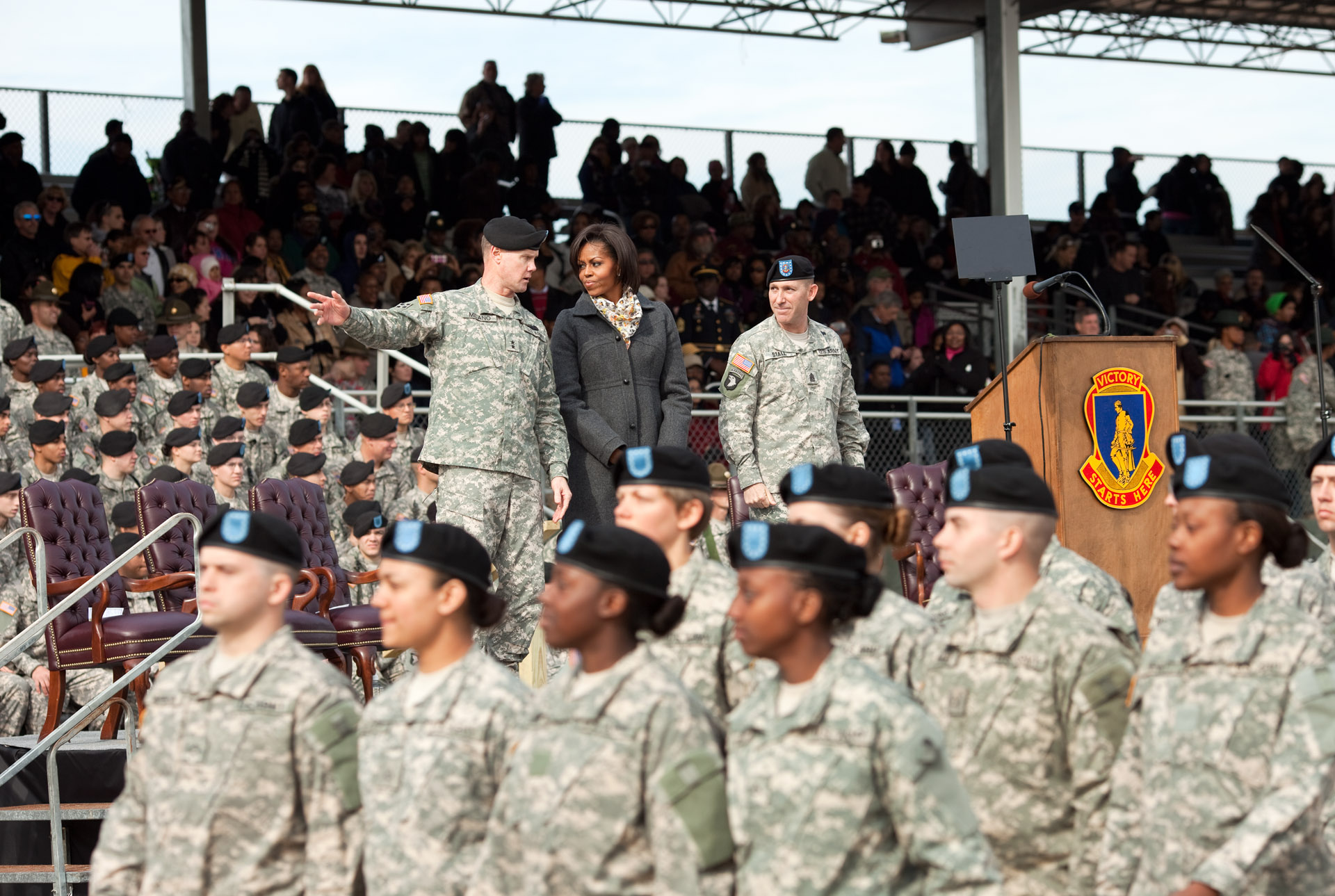 The First Lady saw firsthand the nutrition initiative and spoke with soldiers about their experiences with the Army’s new nutrition and training programs.  Mrs. Obama then addressed the 1st Battalion 34th Infantry's graduation to celebrate the newest recruits’ achievement with their families:

“[Making healthy choices] this isn’t just an issue that’s important to me as First Lady.  In recent years, military leaders across the country have been speaking out about how proper nutrition is vital to the success of our armed forces.  And so they’ve designed some wonderful programs like the ones here at Fort Jackson with the goal of ensuring that every one of you is fit to serve.  And this is an important step, and one that I hope that each of you can keep with you for the rest of your lives.  I hope that these are lessons that you can take back to your own families, your own children, as you move forward.”

Robin Schepper is the Executive Director of the Let’s Move! Initiative.