January 31, 2011 at 4:01 PM ET by Heather Zichal
Twitter Facebook Email
Summary:
Heather Zichal, Deputy Assistant to the President for Energy and Climate Change, outlines the President's plans to win the future by building a clean energy economy here at home. 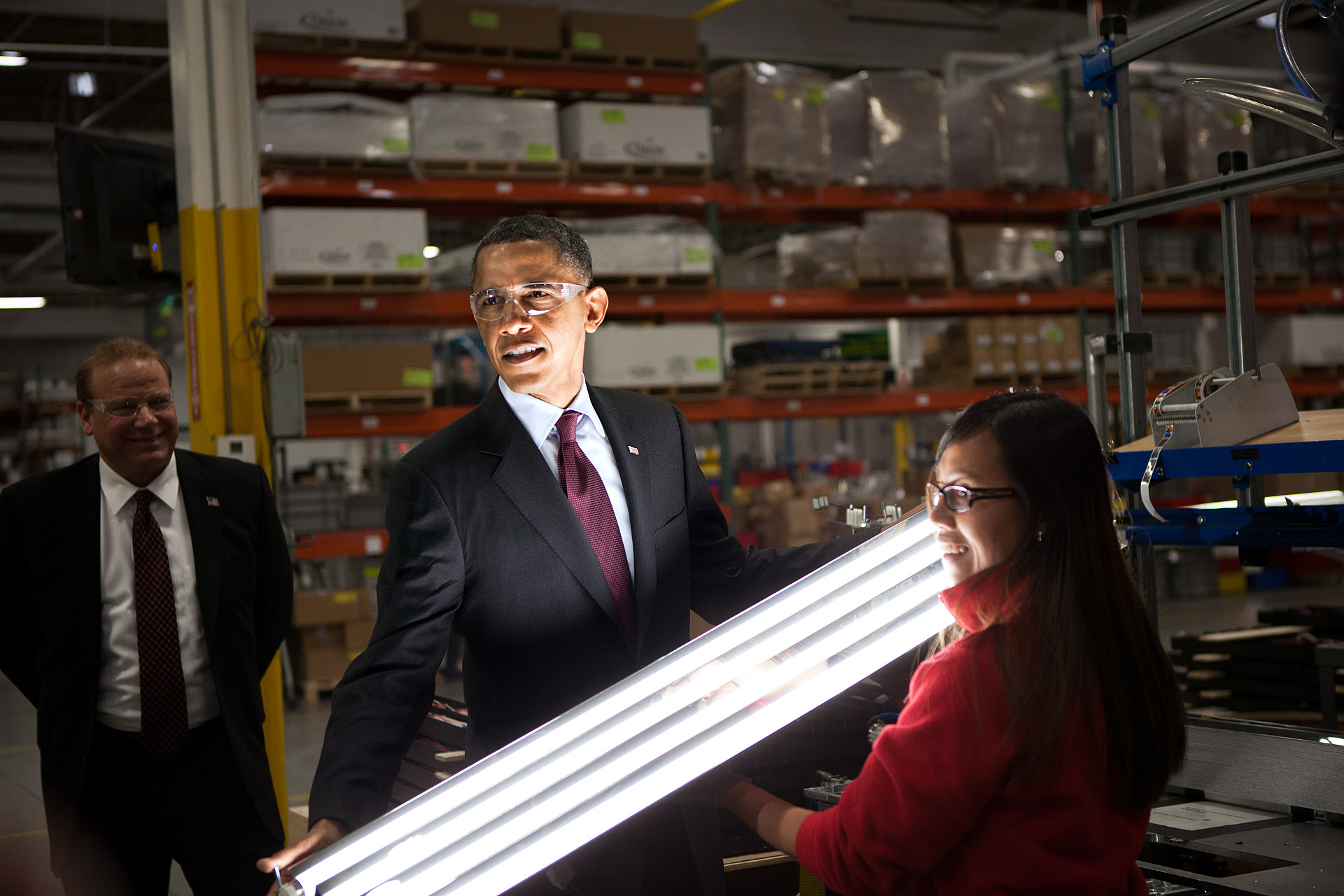 One of the key challenges we face today is ensuring that America stays economically competitive with countries across the globe, so that the jobs and industries of the future are created here in the United States. Fortunately, we know how to win this race; we know what this moment requires. And in his State of the Union address last week, the President laid out his vision for winning the future – a vision that emphasized the role of innovation.

For generations, American creativity, imagination, and hard work has fostered broad prosperity and made our nation’s economy the largest in the world. Now, we must summon that same spirit of ingenuity, not only to create new jobs and industries, but to strengthen our security and to protect public health and our environment. That is why President Obama is committed to building a new clean energy economy here at home – because the nation that harnesses the power of clean, renewable energy will be the nation that leads the 21st century.

Already, the Administration has taken historic action to promote a clean energy economy. The Recovery Act included a $90 billion investment in clean energy, which has already created nearly 225,000 clean energy jobs and is putting the United States on pace to double renewable energy generation by 2012. Over the last year alone, the Department of Interior green-lighted the first nine commercial-scale solar energy projects for construction on public lands, including the largest solar power plants in the world. We have also helped break our dependence on oil by investing in biofuels and developing aggressive new fuel-economy standards for cars and trucks, which will save 1.8 billion barrels of oil.

To build on this progress, the President introduced a number of ambitious but achievable proposals his State of the Union address – proposals that will transform America’s energy future through innovation:

We’re at a critical juncture in our history – it’s something that the President has described as our Sputnik moment. It’s a moment to work together to do what Americans do best: using the skills, talents, and energies of our people to meet the challenges of our time and build a better future for ourselves and for the next generation. In the coming week, you’ll hear more from President Obama on this topic as he spotlights innovators across America who are developing advanced technologies to create jobs and opportunities in new industries of the future.